The first difference that jumps out at you when you see the two devices is the screen and their size. Let’s start talking about the screen, since both are capable of offering a pretty similar experience as far as color is concerned, since in fact it is the same screen, a Super Retina XDR with OLED technology. However, both in brightness and resolution, we already find the first differences.

However, the first big difference is found in the ProMotion technologywhich is present in the iPhone 13 Pro Max, but not in the iPhone 13. This consists in the fact that the Pro Max has a screen with 120 Hz adaptive refresh ratewhile 13 stays at 60 Hz. This causes the feeling when browsing the device is much more fluid and fastin the Pro Max model, giving an experience of incredible speed and dynamism, also without affecting the battery. The second big difference has to do with size, 6.1 inches for iPhone 13 and 6.7 inches for iPhone 13 Pro Max. The reality is that the Pro Max model is a fairly large device, which, depending on which users and in which situations, can become uncomfortable to use, something that does not happen under any circumstances with the iPhone 13, which is the ideal size to be able to use it. even with one hand in complete comfort.

If there were differences on the screen of both teams, where there is more distance between the two is at the level of cameras, since they do not have the same number, nor are the common ones exactly the same between them. Let’s start with the section frontal that, it is just the exception that confirms the rule that we have just told you, since in this case both cameras are the same, with 12 Mpx and an opening f / 2.2except for a recording mode that is in the 13 Pro Max and not in the 13, and it is the ProRes video up to 4K at 30f/s, in the rest of the characteristics they are exactly the same, obviously highlighting the presence of the night mode at the time to take pictures.

First, the iPhone 13 Pro Max has one more lens, the telephoto lens, which although it is the least used for everyday use, in some cases it is very useful. In the other two, the largest opening that those of the iPhone 13 Pro Max have makes photographs and videos become sharper and, above all, with more light in those situations in which the ambient light has declined. Also, you have to keep in mind that the iPhone 13 Pro Max offers users the possibility of taking photos in Apple ProRAW format, which means that later in editing you will have much more information about the image to be able to edit in more detail. Another advantage that the Pro Max presents is that it can take photos in portrait mode also applying the night mode.

Otherwise, they both enjoy the new photographic stylesportrait mode and the new macro mode, which allows you to take pictures of objects or surfaces from very close. In these cases, the iPhone makes use of the ultra wide angle lens, being able to offer truly incredible results.

If we move to the video section, the reality is that we are facing two devices that stand out above the rest. If it is true that users of the 6.7-inch model will have a little more versatility due to the three lenses they have on the back. However, both in stabilizationlike in soundas in recording modes, both behave wonderfully, taking into account that they have available, as a novelty, the cinema mode, which we can classify as the portrait mode applied to video, even giving the possibility of later editing the part of the image that the user wants to be in focus. Finally, again it should be mentioned that the Pro Max has the ability to record video in ProRes format up to 4K at 30 f/s.

The battery has always been one of the weak points of the iPhone, but when it ceases, what is of the cease, and that is that the Cupertino company has been working on this aspect quite well for years so fundamental of a smartphone, and has managed to ensure that the vast majority of its devices enjoy good autonomy, so that users do not have to worry about it. However, it is obvious that if we focus on the size of one device or another, the difference between them makes the Pro Max, the battery that Apple can put inside it, much larger than that of the iPhone 13. which results in what the autonomy of the 6.7-inch model is much higher than that of the 13. Therefore, all those users who want to have a device that practically does what they do will have more than enough at the end of the day, without a doubt the iPhone 13 Pro Max is the one. We could even consider it the smartphone with the best battery on the market, because the experience it offers is a real wonder. But beware, that does not mean that the iPhone 13 does not offer a good experience, although it is not as incredible as that of its older brother, for the vast majority of users it will be completely sufficient.

If you look at the two devices from the front, you will hardly find differences in the construction materials, but things change when we turn them over, and oddly enough, that will mark the user experience that you can have with one and the other. Ahead both are made with Ceramic Shielda material that makes the device’s screen more resistant than previous models. However, the big difference is in the rear material of both iPhones, on the one hand the 13 is made of aerospace grade aluminum, with the typical brightness that devices made with this material always have. However, the Pro Max has surgical grade stainless steel, with a very elegant matte finish. But beware, the difference does not lie in aesthetics, but in the resistance of both devices to scratches that occur on a daily basis when used without a cover. In the iPhone 13 these will be much more marked, while the material of the Pro Max prevents them from occurring, so if you want to use the iPhone without a case, the Pro Max in this regard has many more advantages. Of course, you have to take into account that in terms of falls, both are equally delicate, so be careful when using them.

They look alike in this

Obviously, both are called iPhone 13, which means that they have similar aspects both in technical specifications and in the experience that users have with them. Well, that is exactly what we are going to talk about in this section, what are the points in which they are similar, something that you also have to take into account.

The design, as you have been able to verify, is exactly the same, since what changes are the manufacturing materials of one and the other, but both have in all screen design that Apple already introduced with the iPhone X, yes, with square sides, which give both a truly premium appearance. As for comfort, the reality is that it is something completely subjective for each user, since there are those who prefer these square framesas there are also users who prefer the rounded frames of other models. The change of design to full screen meant the goodbye to Touch IDat least on the iPhone, so since then, except for the SE models, they all have the FaceID on its front. In addition, with these iPhone 13 the notch has been reduced, although it really is something that goes completely unnoticed, since at a functional level it does not imply any change.

way to load them

We have reached a point where the devices offer the same options, and that is that all users who want to charge these two devices can do so in up to three different ways. However, it is something that the Cupertino company has to improve, since Lightning is still present, when the vast majority of Apple devices have already made the leap to USB-C. However, below we leave you the different ways through which you can charge both the iPhone 13 and the iPhone 13 Pro Max.

If we said before that Apple had to improve the way of charging its devices, making the jump to USB-C at once, where it does have the latest in terms of power and connectivity. Both iPhone models have the A15 Bionic chip, which ensures almost unmatched power and performance in a smartphone. Therefore, you will be able to carry out any task that you will not have problems in that aspect.

In terms of connectivity, both have 5G, a point that is fundamental especially for those users who have to buy one of the two models to have it as the main device for many years. Although right now we do not enjoy the best 5G experience, in a matter of a short time it will be a fundamental element that will really make a difference.

We have reached a crucial and fundamental point that will have a decisive effect on the user’s purchase decision, and that is the price. Obviously, the differences in features between the iPhone 13 and the iPhone 13 Pro Max have to be reflected in the price that users have to pay to purchase them. The iPhone 13 part of the 909 euros in the Apple Store, while the iPhone 13 Pro Max amounts to 1259 euros. As you can see, the difference is substantial and you really have to be very clear about what you want or need the extras provided by the 6.7-inch model to put that price difference between them on the table.

Which one is more worth it?

Finally, whenever we carry out a comparison of this type, we like to end by giving you our sincere and honest opinion on, in this case, the iPhone 13 and 13 Pro Max. However, we encourage you to be yourself or yourself who make the purchase decision based on the needs you have in your day to day.

It is clear that the iPhone that most users will opt for will be the iPhone 13, since for all of them it is more than enough to have the features that this device has. At the camera level it is a beast and in terms of autonomy, it is enough for those who make moderate use of it. Nevertheless, the iPhone 13 Pro Max It is the best you can get, in all aspects and perhaps for those users who are dedicated to creating content, it may be the best option given the camera and battery features it has. 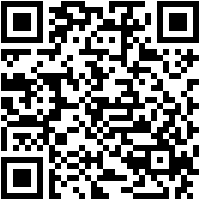 IPhone apps to learn flute without disturbing your neighbors

Is Xiaomi worth more than Apple? This says a recent report