CPU performance has been stagnant for quite some time, but thanks to AMD’s momentum and competitiveness, we can now enjoy a golden age of innovation and performance pushing processors to new heights. Technologies like PBO2 are nothing more than an attempt to push everything a little beyond the stock limit to gain extra performance. Logically we are going to measure said gain outside of theory, in practice, to see if it is really worth it or if instead it is better to leave everything as it was.

As we can see, with this CPU we are facing a 12-core, 24-thread processor with a maximum frequency of 4.8 GHz. As we know, due to the algorithms used by AMD, this frequency could occur in one or more cores, but this depends on the consumption, temperature and energy consumed in a triangle that always makes the CPU is below the figures announced by AMD.

This results in that temperatures will always be the determining factor and more or less stable, so the frequency will vary depending on the range of the first. Cooler means more frequency, although the reality is that we should be talking about higher cooling capacity to be correct.

The importance of temperature for PBO2

Why? Well, because the better cooling system we are not going to get a lower temperature, but a similar temperature or perhaps something higher, but a higher frequency without touching anything. That is to say, at the same settings with LN2 we would get higher frequency than with an air heatsink, much more, always up to the limit figure set by AMD as the frequency in Boost.

Therefore, activating PBO2 is interesting, since it removes part of the limitations of the CPU and allows higher voltage, higher range of consumed watts and therefore higher frequency. That said, we are going to know the results with two different samples, with PBO Off (fully serial CPU) and PBO On. As always, our AMD test team consists of: 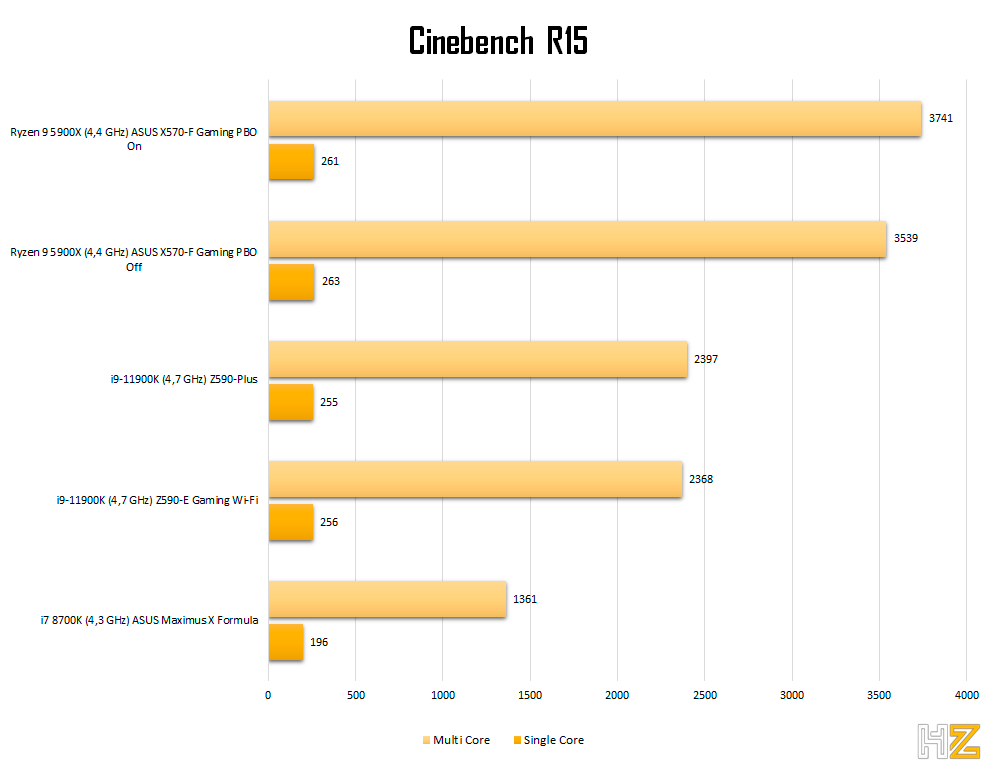 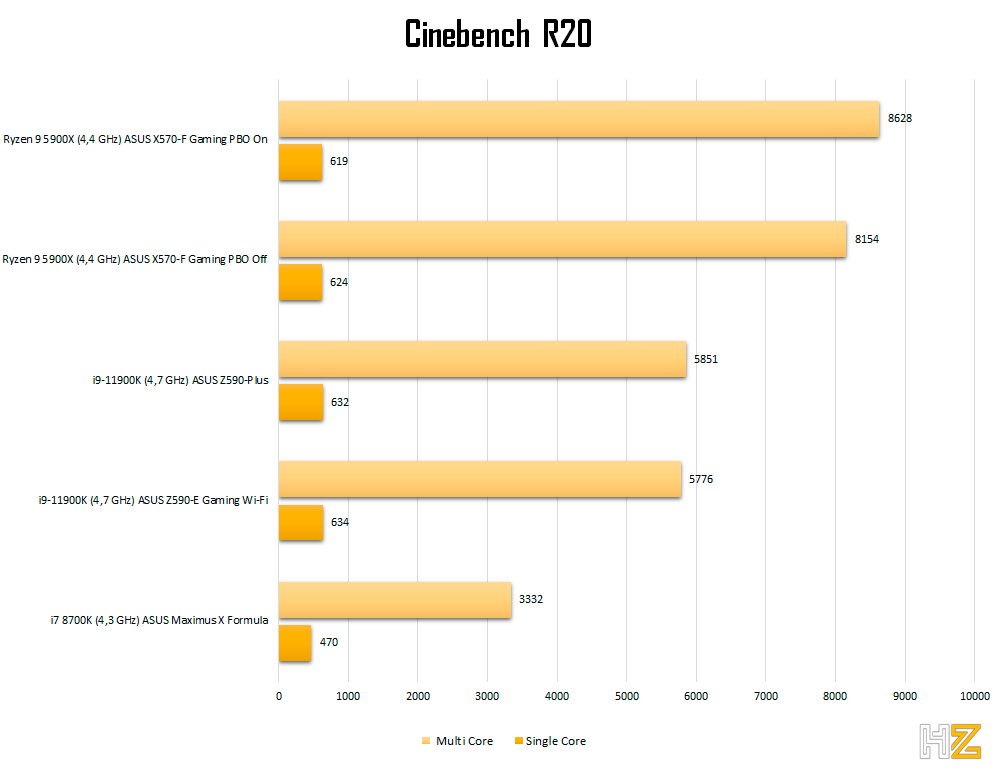 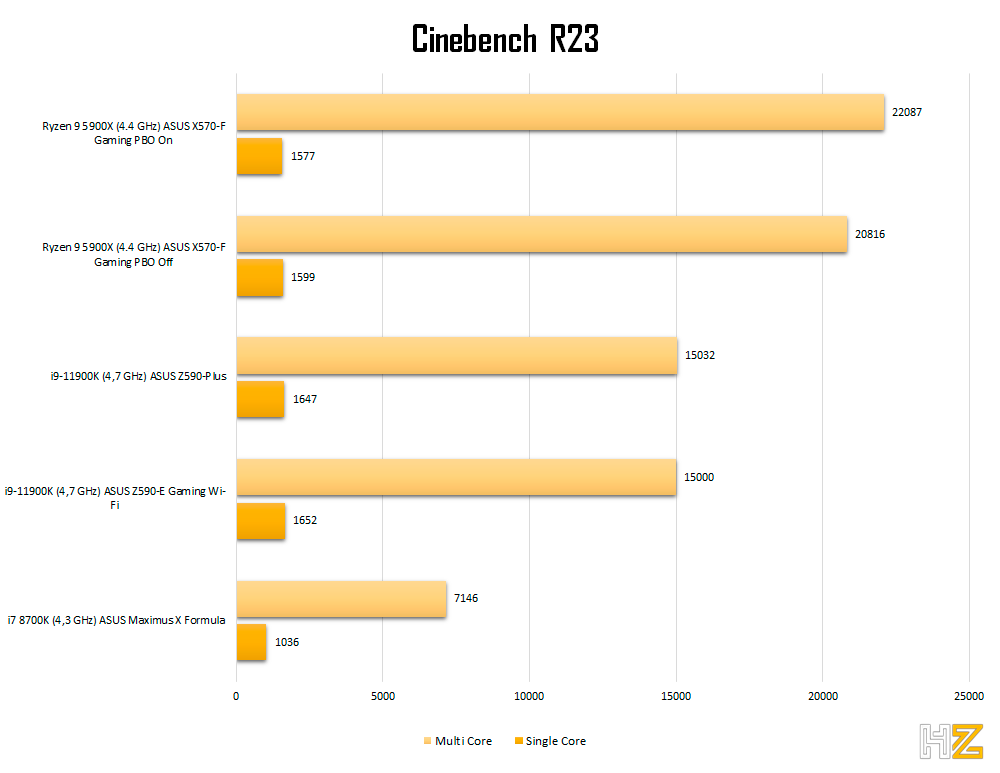 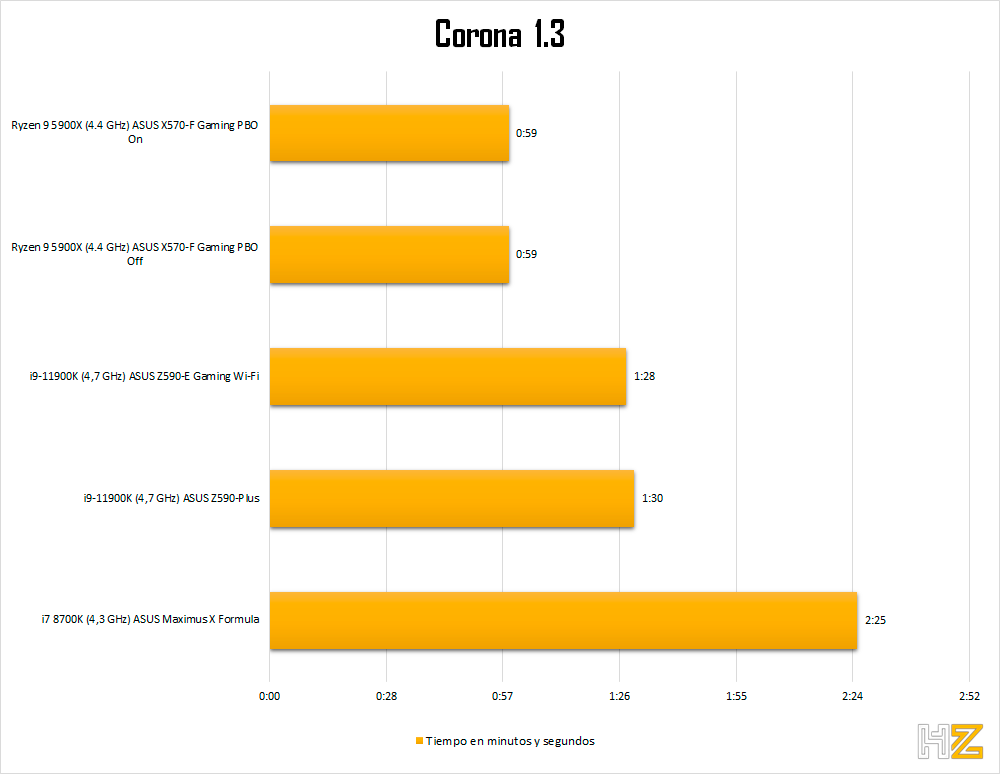 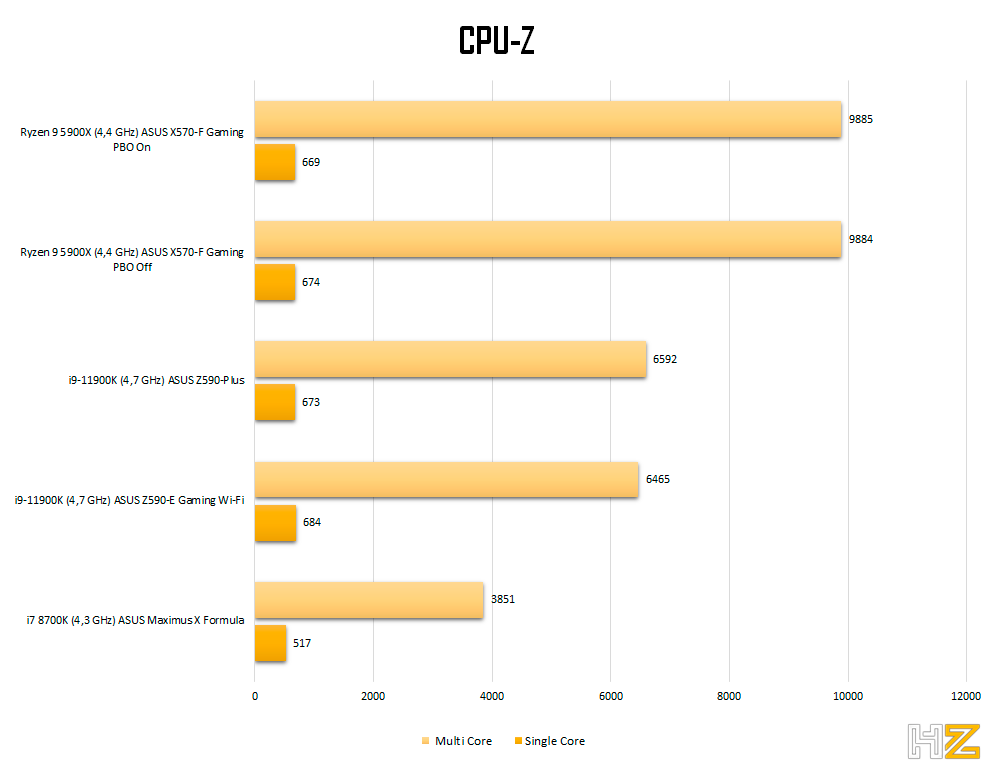 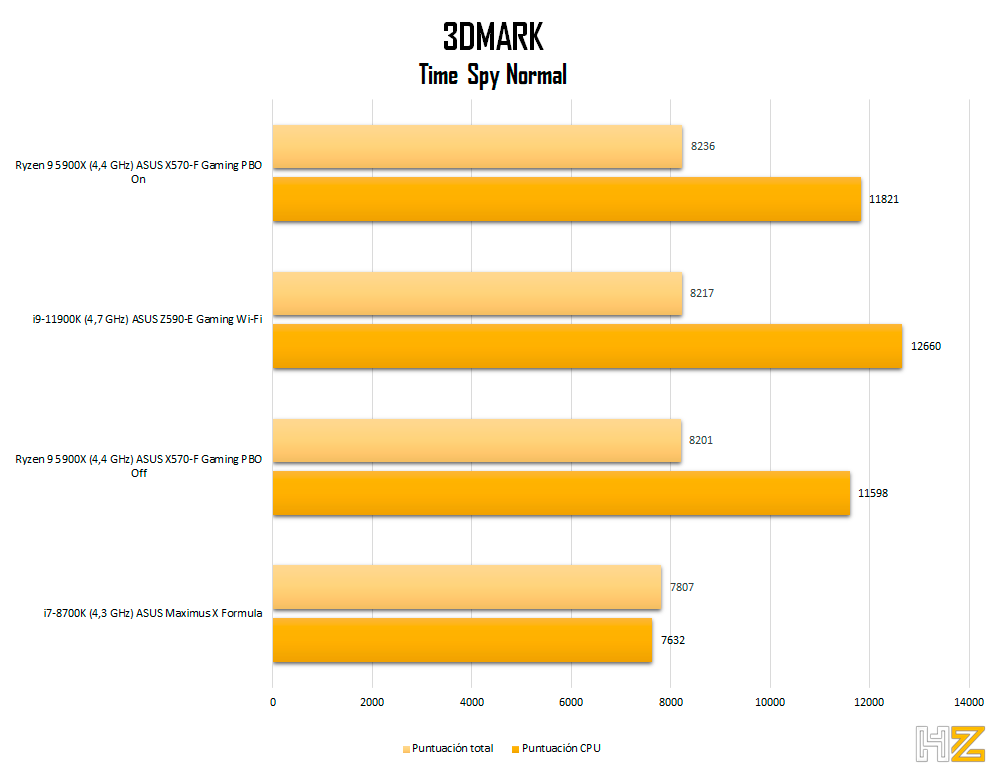 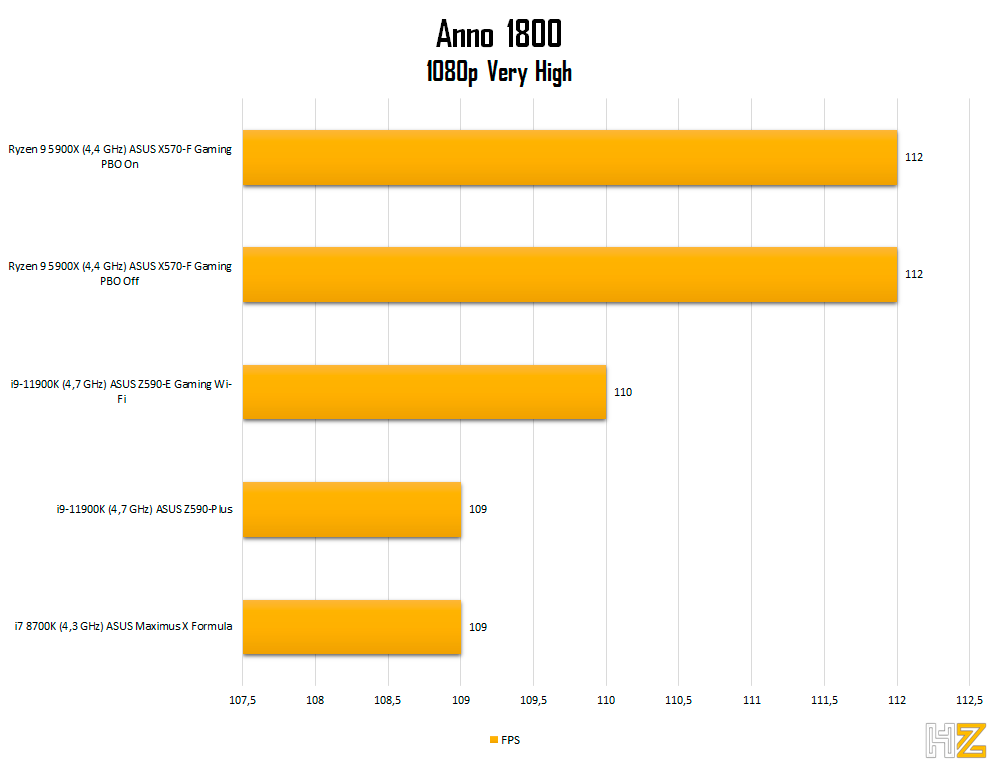 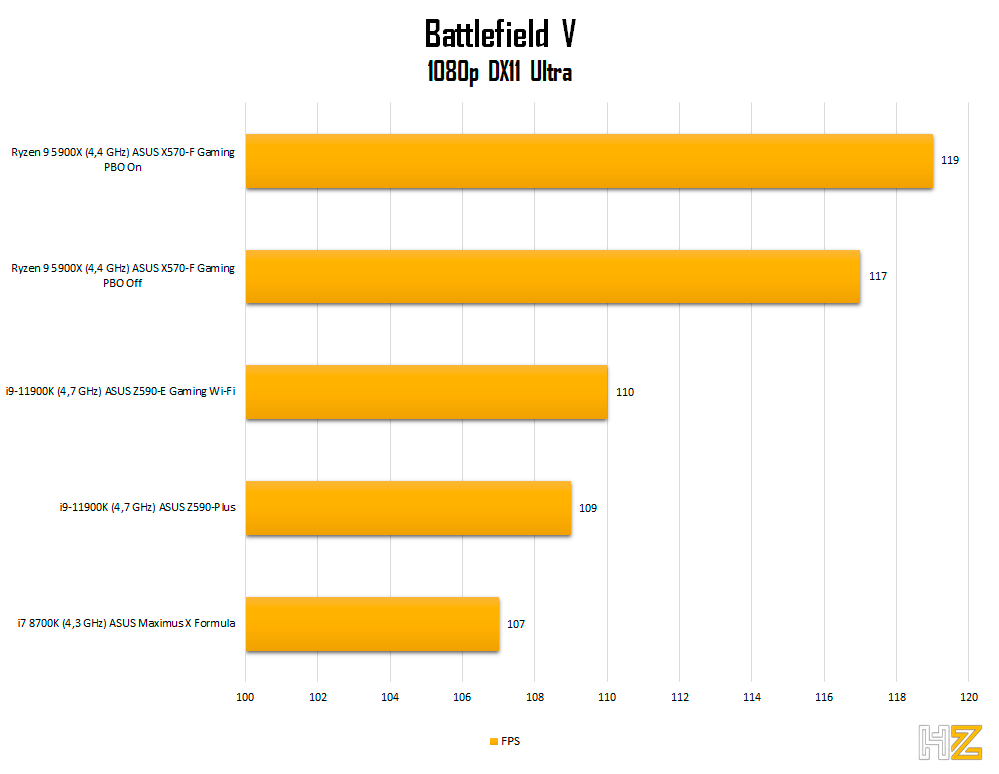 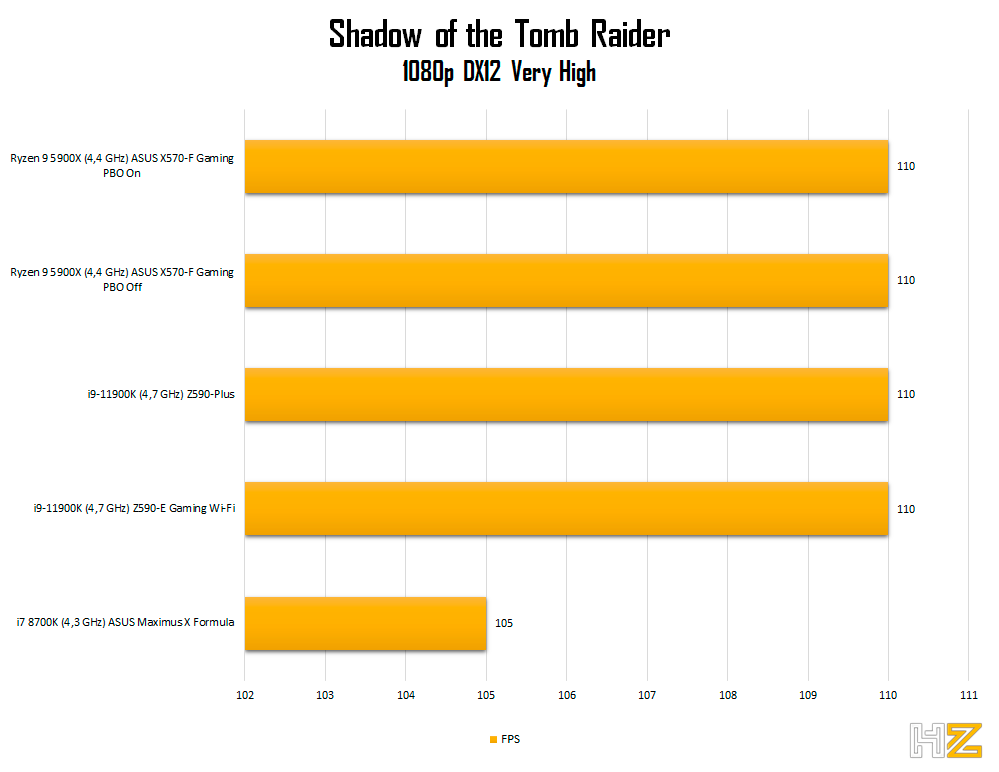 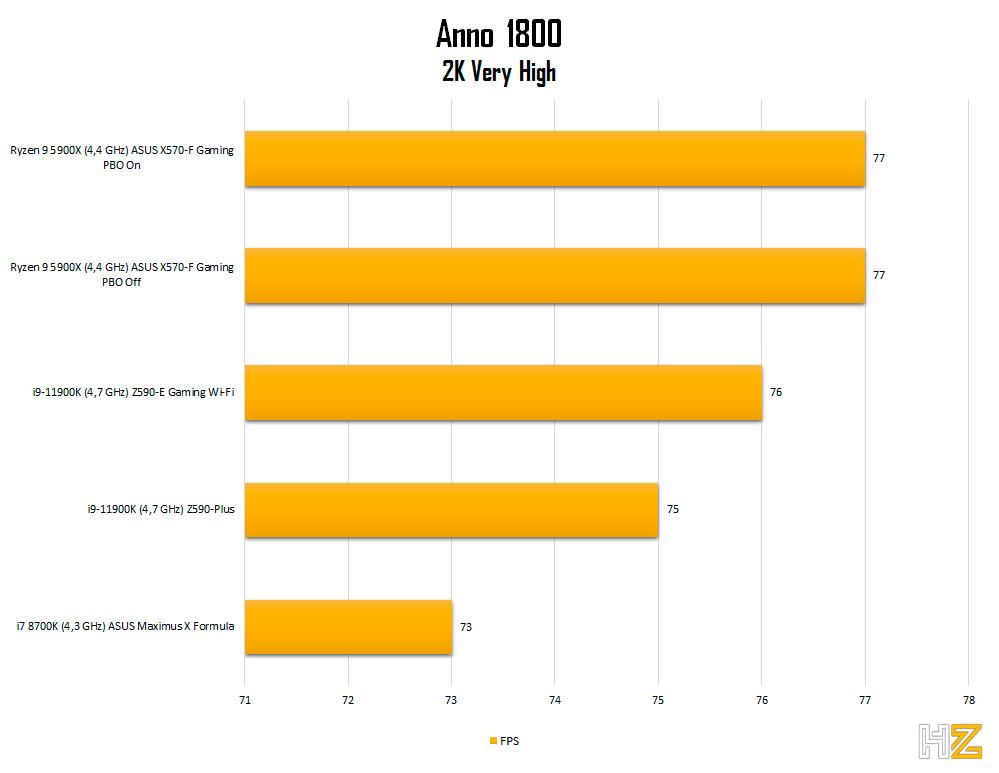 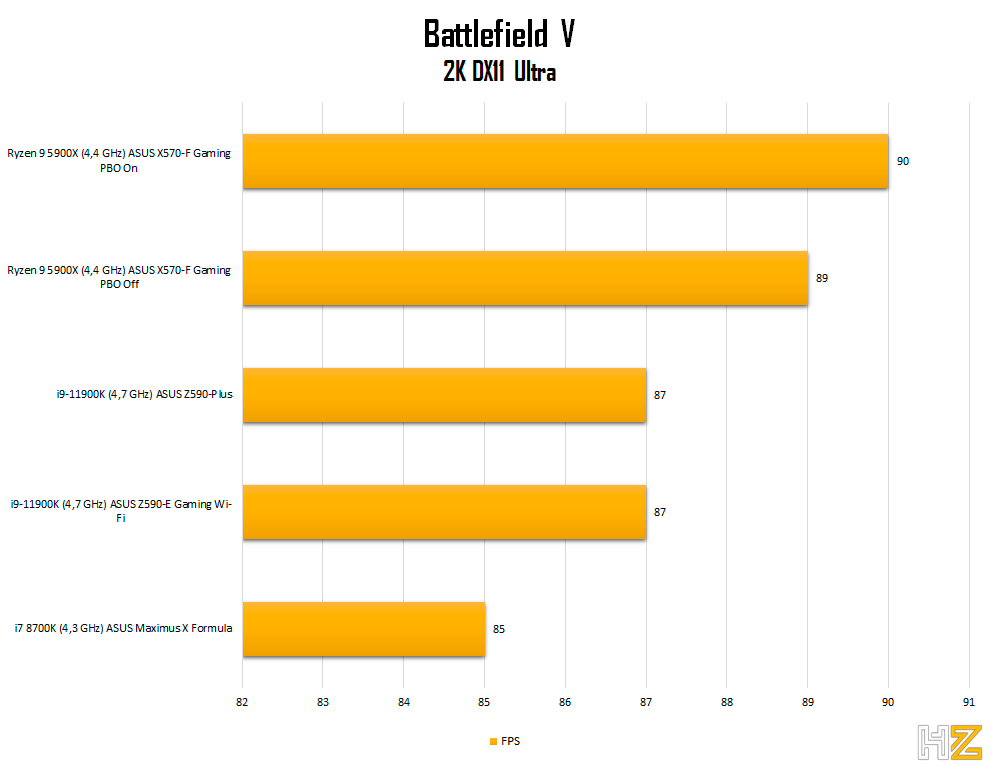 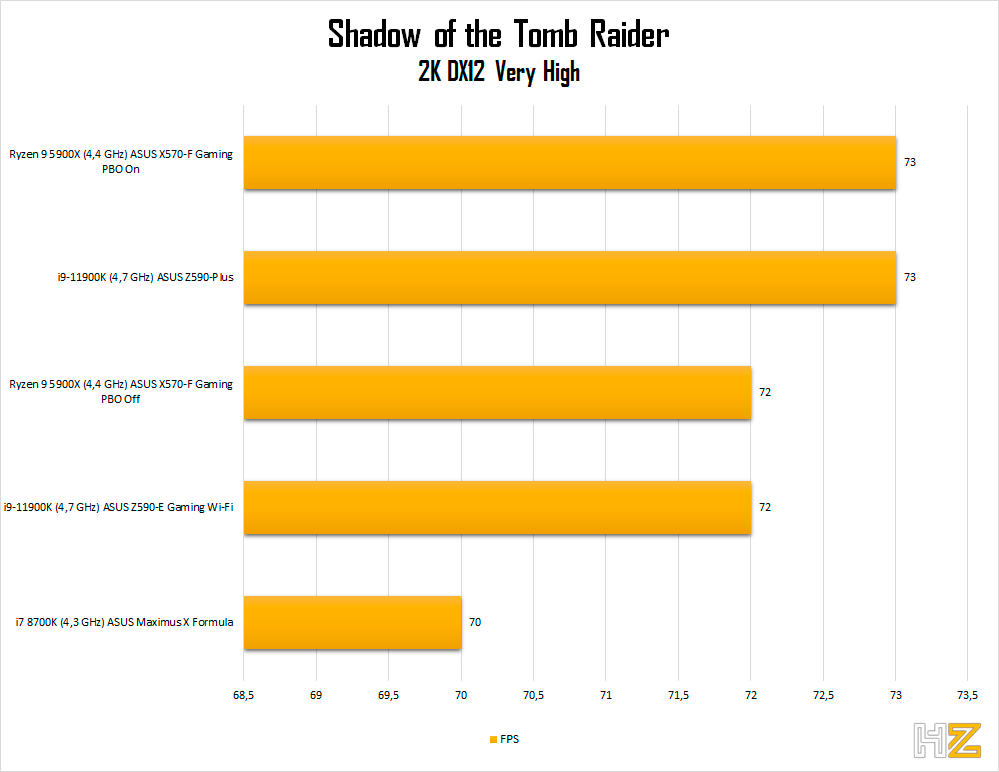 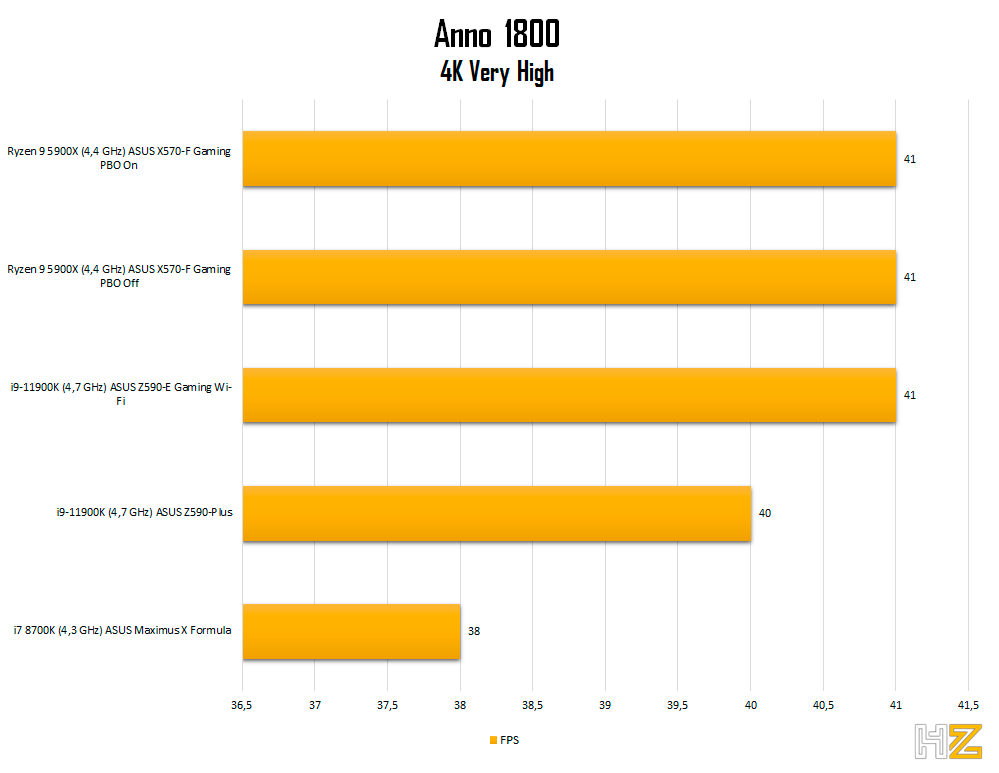 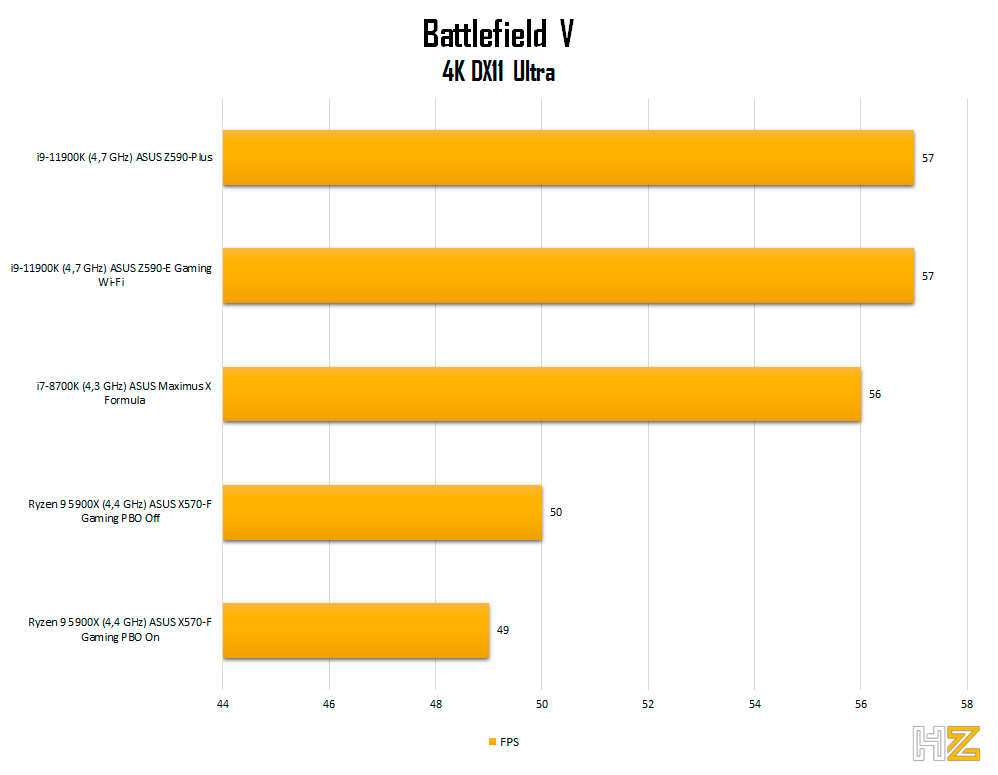 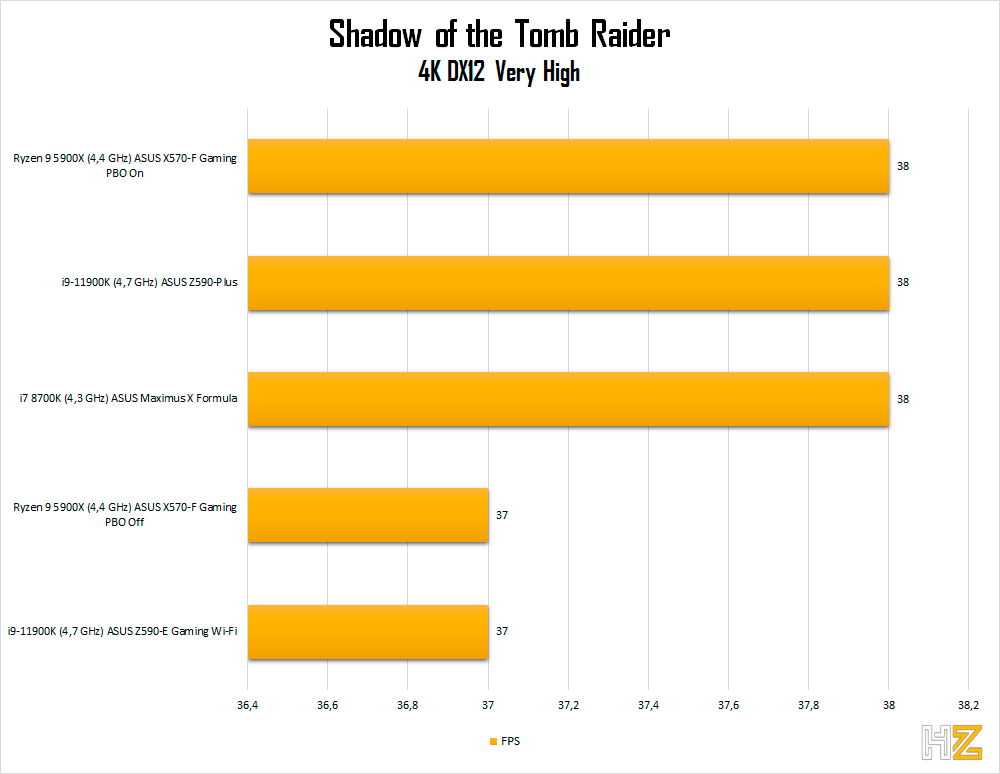 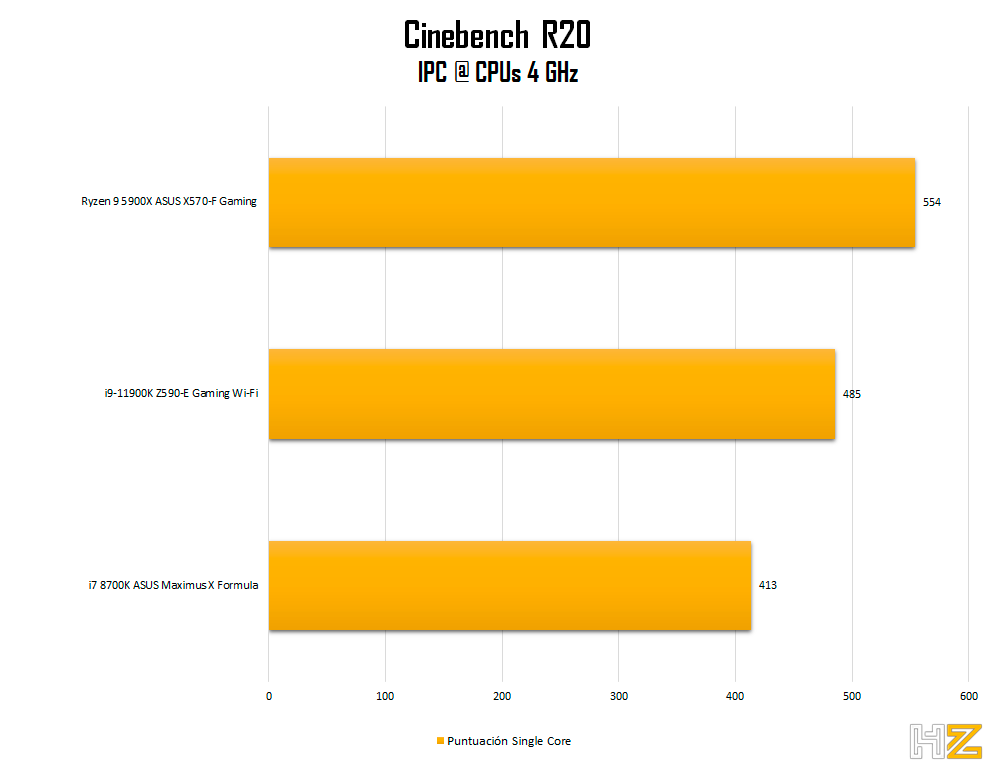 This is one of those sections that should be seen, because although we have not logically activated PBO2 to compare the IPC, it is perfectly clear that today AMD achieves a higher performance per cycle than Intel. And it is that these after three generations of CPUs and two architectures have not increased their performance too much, but instead they have managed to boost the frequency, which in stock CPUs makes the difference. 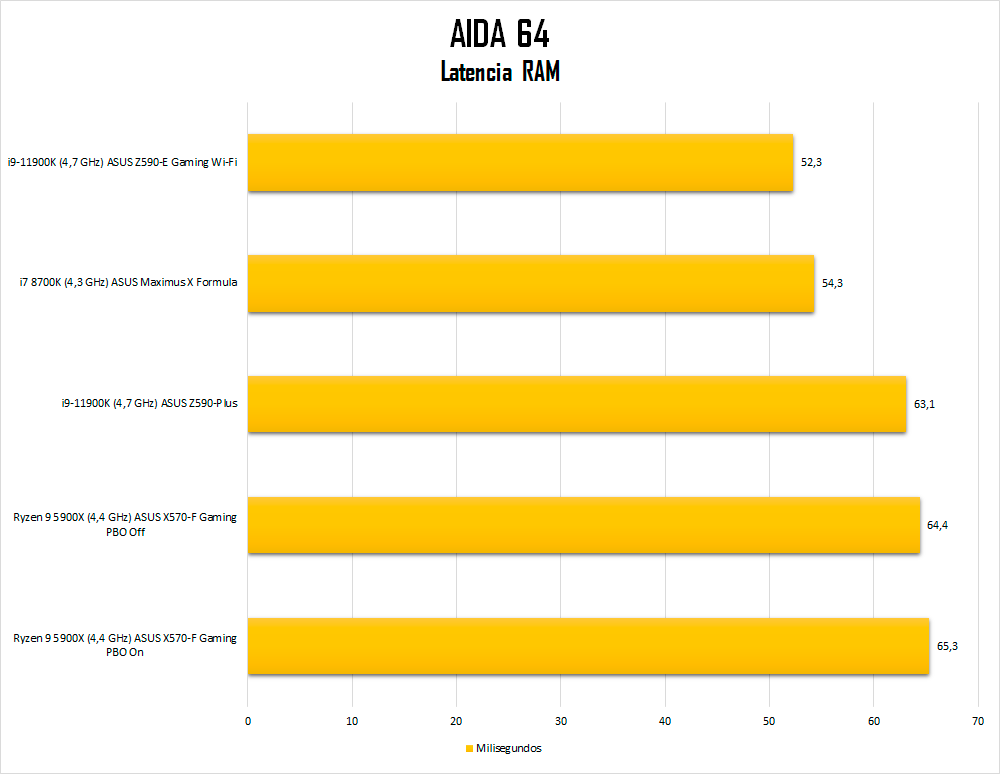 The memory performance is a bit controversial, since with PBO2 active it achieves a worse result than deactivated, which is curious. It may be that the performance is almost identical, since it is within the margin of error, but no matter how many times we have passed this test in different software configurations, the result has always been the same. 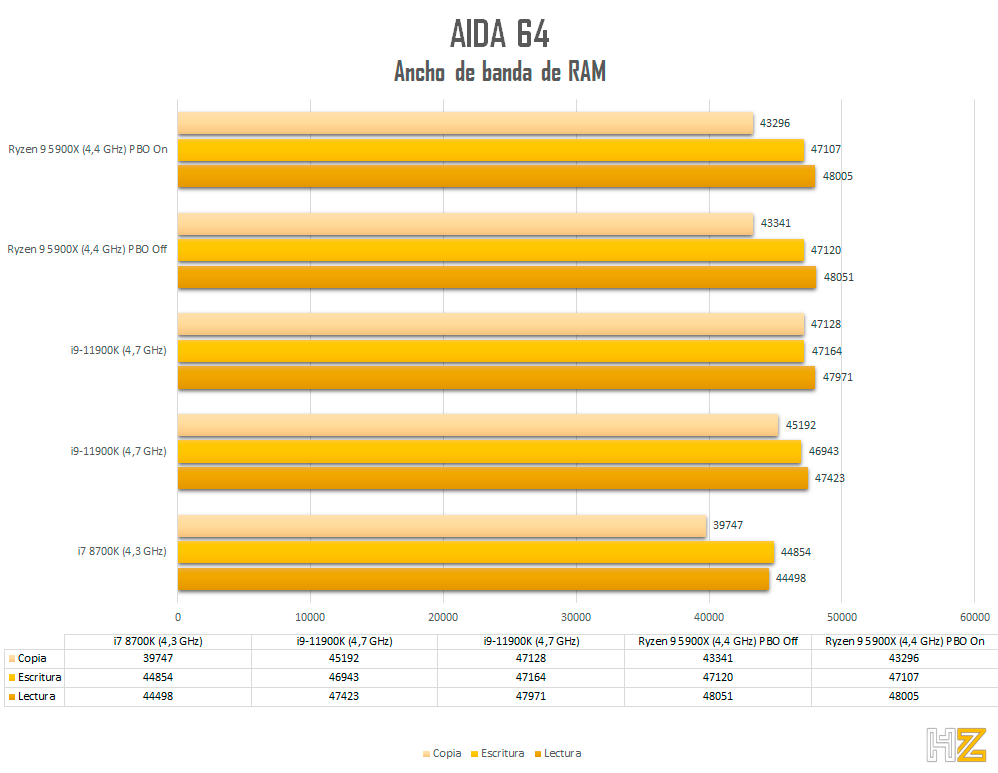 In the bandwidth we could speak of a technical tie, mainly because although the CPU gets more frequency the IMC is not affected by much that the performance of the caches also increases somewhat, not in proportion logically. There is not much debate here. 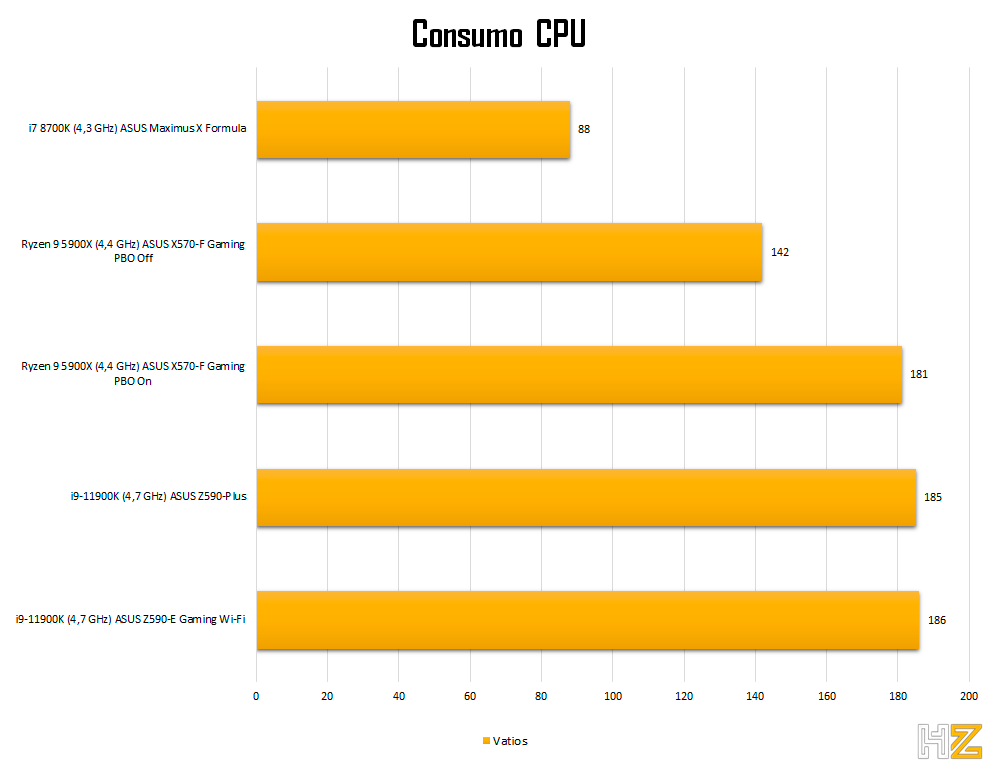 Where there is debate is precisely in the consumption, since although the frequency rises as seen below, the performance in gaming is practically the same, the performance with a single thread generally worsens and in multi-thread it is true that it is let notice.

The rise is 39 watts and the temperature rose almost 4 degrees, which taking into account that we start from a CORSAIR H150i Capellix, it is a more than interesting rise that is only recommended for those who need all the power of the cores.

For gaming it has been shown that as standard it is more than enough and we will get better temperatures. 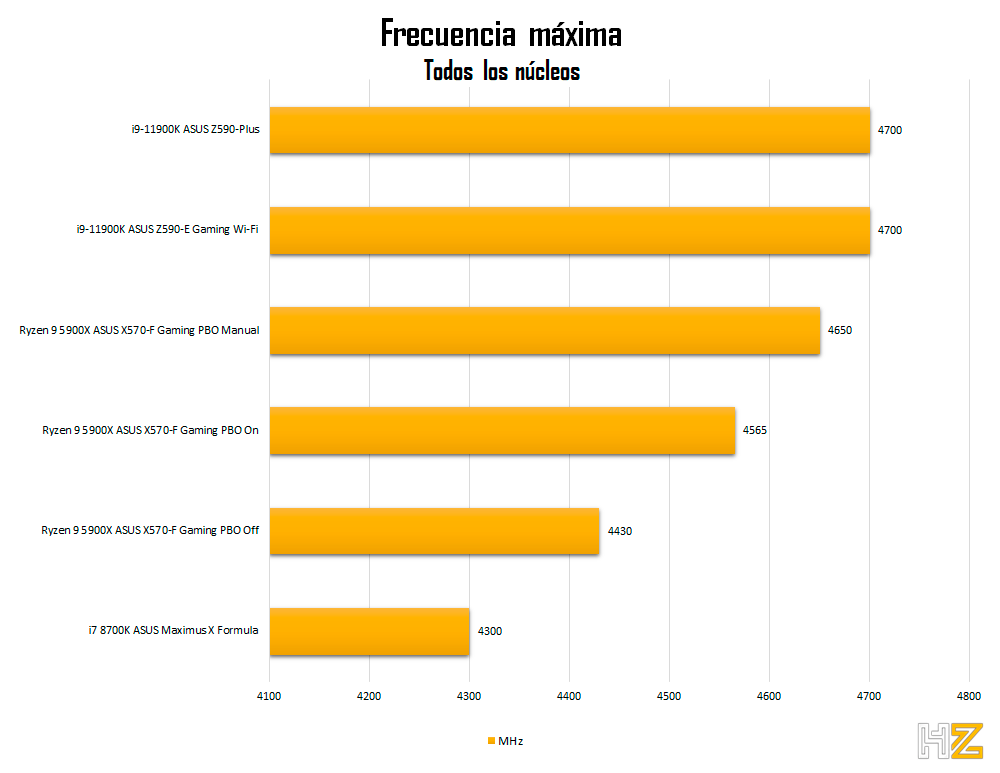 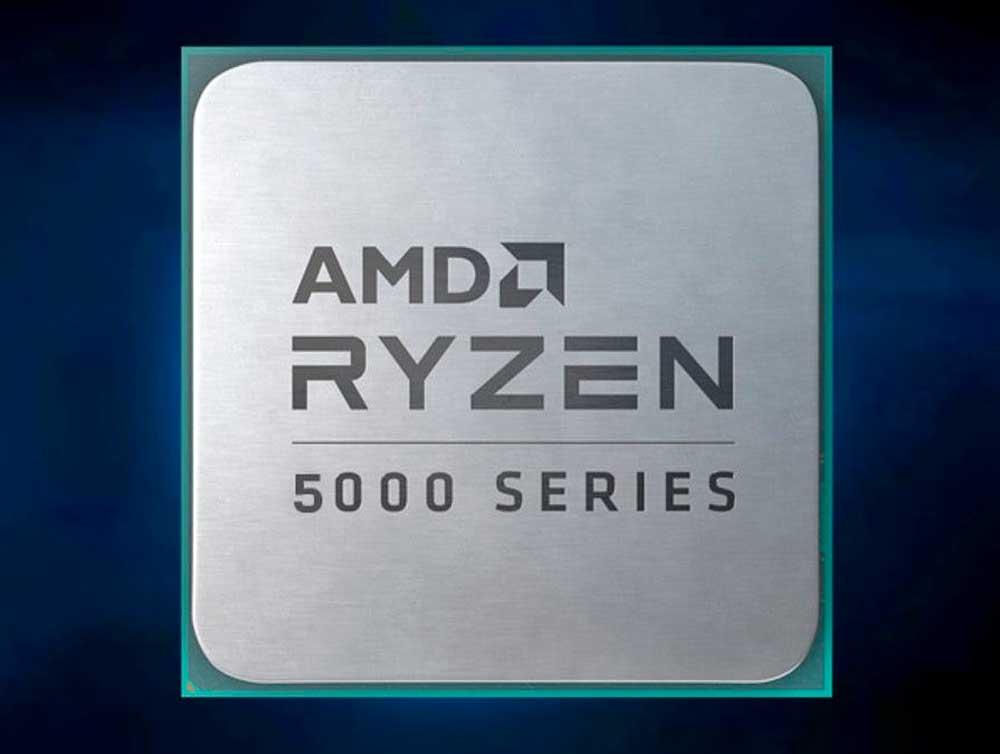 AMD Precision Boost Overdrive 2 is a more than interesting technology, with great potential, that works well and achieves higher performance in our CPU with a single click. But having said that, it is not for all audiences if we stop to look at the data carefully.

With an increase of 39 watts over original consumption and a total figure of 180 watts, this is not an easy number to work with for heatsinks or AIOs. We are talking about temperatures above 75 degrees with systems of almost 200 euros, so it is not a characteristic for all audiences mainly because very few spend the necessary amount of money in a refrigeration of such caliber.

PBO2 is intended more for custom liquid cooling users, who can cool that amount of heat and even more, where the best systems will manage to keep over 250 watts below 80 degrees.

As for the performance itself, its use for gaming is certainly discouraged, since it hardly contributes anything except a few cases counted at 1080p and in highly optimized engines such as BFV. Still, you have to take the temperatures into account and take a good look at them.

For those who have achieved a top or at least very decent cooling system and need every last drop of performance in all threads, PBO2 is a highly recommended alternative since it supposes that, a boost to the CPU than in its 24 threads. yes it is noticed.

For the rest of the cases, the stock CPU is the most recommended if what we have is a mix between gaming, professional and casual, since unless we can control the temperature in terms of efficiency and performance it does not compensate. 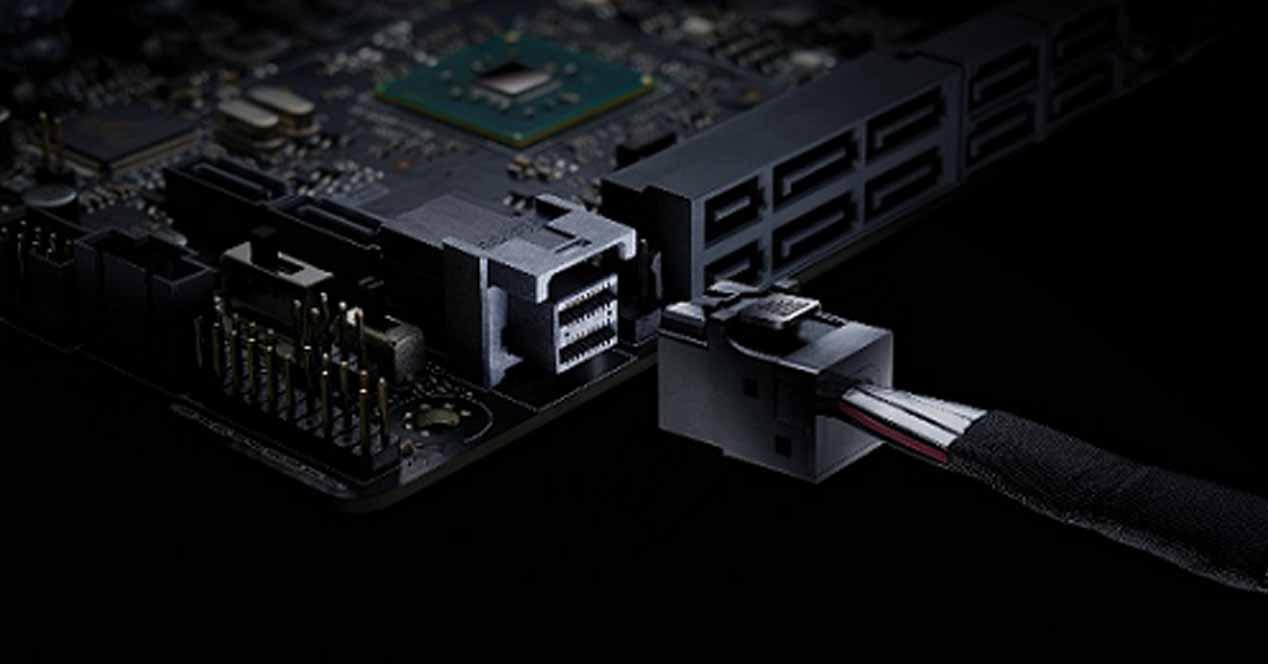