In my town, when it is fulfilled the anniversary of some death, We go to mass so that the priest names the deceased and all the assistants say a prayer for his soul. That has always been the official way to remember them, a Catholic tradition that, to a greater or lesser extent, takes place in all corners of Spain.

Today, all Saints Day, one of the busiest holidays in the country, millions of Spaniards visit the cemeteries, we clean the niches, we put fresh flowers and we remember, in front of a cold niche, our loved ones.

The Spanish tradition around death has varied little or nothing over the centuries. There have been small changes (or big ones, taking into account their significance in our culture), such as cremation instead of burying or veiling the body in the funeral home instead of at home. But, although it seems frivolous, it must be said: death is also a business and as such, sooner or later, it was going to reinvent itself. The question was who would be able to open that melon.

My maternal grandfather died many years ago, I remember little of him, I know he liked smoking and wine, there were not many more hobbies for retirees in Spain in the 80s. On the anniversary of his death I ask myself, what would my family say if, instead of going to the cemetery, we would remind you in a winery, among vineyards, with a glass in hand? It is not something that has occurred to me, but one of the proposals offered by a startup in Barcelona, Iteralix, which comes to revolutionize this sector, maintaining respect for the pain that surrounds any death.

Talk about revolution, changes, and even digitization, in the sector of funeral parlour It is not the same as doing it on other industries where there are no feelings or emotions on the surface. But it is an issue that had to be addressed. Just as new services have appeared in all sectors, that of death has remained untouchable and unattainable, like a taboo that is best left as is. “The sector is crying out for innovation”, tells us Isaac Lorigados, CEO of the startup and training psychologist. The trick is not to think of it as a business, but as a way to help people get through the trance of losing a loved one, or at least a make it less painful.

Loss of a friend

A few years ago, Isaac lost one of his friends, becoming that, one of the worst experiences I had ever had. The ceremony was as they all tend to be: a mass, a few words from the priest “who hardly knew him” and a walk to the cemetery. To your friends they would have liked to fire him in another way, and Isaac knows that he too would have opted for another type of experience for his last goodbye. All this without removing the feeling of pain, but managing it in a different way, banishing that very Latin habit of returning, again and again, to take refuge in sadness. Ignoring the criticism of others, removing from our minds the idea that the more you cry and the less you let yourself be seen, the more you will love that person.

«Our generation lives life differently«, Isaac tells us. “There are studies that confirm that mourning is better if the tribute paid to the deceased is what he would have wanted.” There is no intention to mask sadness or to have a party, but to celebrate a different encounter, with all the normal emotional charge of the human being in the face of death. By changing the farewell, «there is a sense of self-realization among family and friends, It reassures us to know that we have given him the farewell he deserves. Death is not remembered, but the life of that person is celebrated, as she would have liked.

In principle, Iteralix is ​​intended only for tributes, when time manages to close the wounds of family or friends. It may be months or years later, but it can really be raised at any time, with or without ashes. One of the lines that they will work on next year is that of organize funerals, as the deceased has said or designed.

How will this permeate the more traditional Spain?

«We have done an important market study » and, unsurprisingly, the first reaction has been the reluctance. But, the guys at Iteralix believe that it is due more to the ignorance of this product than to the fact itself. «When people see what it is, they begin to understand that it may be necessary, even that it can do them good.

A clear example of this type of experience is the one he did the presenter Paz Padilla to her husband, who died recently. Both had long known the sad outcome and began their mourning at that moment, when he died, the well-known comedian made a tribute on the beach, to remember him. «There were people who criticized her (some media described her as ‘shocking’) but she already explained at the time that she had worked through her grief and that it was her husband who asked her to do something like that.

Isaac and his team are aware that their market penetration will come of your youngest prescribers, that they will be the ones who will tell the oldest about this alternative. Without a doubt, it is a handicap that there are no precedents in Spain, but also an opportunity in a practically virgin market in innovation.

The service launches today, November 1, coinciding with All Saints’ Day and the experiences that have been designed are standard. Although they have a slight margin of customization, Isaac have told us that for the moment they are closed experiences, although with time they will be able to be customized. They are now packaged in four categories:

In Spain, there are many lovers of the sea. In Barcelona, ​​for example, «we have a provider with whom we have designed a boat trip for family and friends of the deceased«They take them to a point on the coast and scatter the ashes there. The tour is accompanied by a caterer and professional musicians who will play the music that the deceased liked. And this can be replicated throughout the entire Spanish coast. 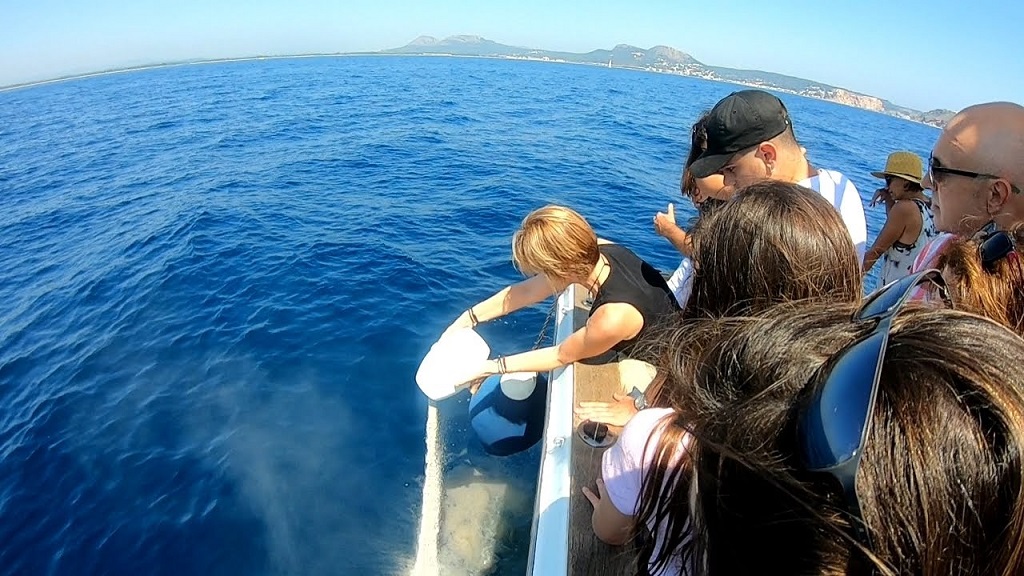 For people who love nature, you can pay homage in a terrarium where you can scatter (or not) the ashes of the deceased and plant flowers in his memory. All this with live music and unique and personalized catering. You can write words of affection for the deceased that will remain in the terrarium or can be taken home.

Gastronomic tributes in wineries. Freixenet is an example of a provider for this young startup, where you can organize a tribute between vineyards, a guided tour of the winery with a violinist or a catering between barrels, where you can talk about the deceased. You can also put a commemorative video.

Experience in cities at iconic prices: flamenco tablaos, museums, restaurants or in planetariums, where a representation of the sky would be put on the day the deceased was born. In Pamplona, ​​where the planetarium with the largest dome in Spain is located, this experience can be carried out, for example.

With a price range between 50 and 4,000 euros, the founders of this business hope to have 100 experiences for this month of December and about 30 hired. Although the goal, within a year, is to reach 1000 experiences, right now they have a more realistic and, at the same time, difficult goal: the evangelism, to convince that death is something natural, that it requires a duel but that it can be managed in a very different way.

Re-pot Market, a new online supermarket that focuses on the circular economy

The Housing Law could endanger investments in our country, according to experts