The funny thing here is that it could use the same GA107 chip as the supposed RTX 3050 for desktop, where in addition, despite the fact that its name includes it in the 20 series, it will be more powerful than the RTX 2060 Mobile with less consumption, or at least on paper. This is indicated.

And we are talking about 2048 Shaders at a base speed of no less than 1155 MHz with a Boost of 1477 MHz, so they are numbers that should be left between the RTX 2070 and the RTX 2060 within laptops. In addition, the consumption is extremely low compared to its supposed architecture sisters and this is where we think we are talking about an Ampere GPU: from 30 watts to 45 watts, always as cTDP that will be resolved by each manufacturer and laptop model.

There are no doubts however about the memory configurations, since you will have 4GB GDDR6 attached to a memory bus of 64 bit where the chips will have a speed of 14 Gbps to give a total bandwidth of 112 GB / s, much more limited than that of his sisters and this is where he can lose the battle.

Barring surprise, NVIDIA might have changed its mind about the RTX 3050 for laptops and called it the RTX 2050, so the rumors about the former were well under way if this theory is true, something we will never know. If the specifications of the RTX 2050 have fallen short, those of its next GPUs are disappointing due to the little and almost no information provided, something that makes sense at first to reserve the blow for its rivals, but which reduces its strength in an official presentation that hardly contributes anything.

What was leaked only 4 days ago could well correspond to the RTX 2050 mentioned above, because what NVIDIA has provided fits almost perfectly with it, but on the other hand the GPU seen was specified with 2 GB of VRAM, so we cannot assure anything about it.

The only thing that NVIDIA has shown are technical specifications on the support of technologies, nothing regarding the configuration of the chip or even if said chip will also be the GA107. Therefore we know that it will use GDDR6 and will support the following list:

Apart from this NVIDIA comments in its statement that the MX570 is the fastest GPU within the series so far and is at the same time the first with the 70 designation under its belt. It is specifically created for play and work thanks to its more energy efficient CUDA cores, where at the same time it integrates a VRAM speed faster than that of its predecessors. In addition, NVIDIA leaves the lace towards its rivals saying in its statement that it is the fastest GPU in photos, video editing and games compared to the latest integrated graphics, which refers to Intel’s Gen 12 and the supposed Navi that will arrive with Rembrandt. It is the direct successor to the MX450 and as with the MX570 there is no information on its specifications. As expected, the list of supported technologies is identical to that of its older sister:

Interestingly and logically, NVIDIA recommends moving to an RTX GPU if you want to play faster or if you are more demanding with games or creative performance. However, there is only one date revealed for the launch and it is not precise as such, since NVIDIA cites spring 2022 as the key.

It also encourages us to wait for the characteristics of the notebooks that use these three GPUs to be revealed, so it is possible and more than likely that all its partners will stock them since there are hardly any models available on the market at low prices.

It is clear that with these three models and on the aforementioned dates the blow will be against the Rembrandt APUs and its iGPU, as well as against the Intel ARC Alchemist Xe LP that will dominate the gaming market at once after its launch, where NVIDIA would have nothing to compete if it launched now or after CES 2022. We also do not know exactly where these GPUs will be located in performance. Supposedly the MX570 would be faster than a GTX 1650 SUPER, so the RTX 2050 would have to be very even with the RTX 2060M, while the MX550 should be able to outperform the regular GTX 1650 without too much trouble.

We will be attentive to the specifications of these cards when NVIDIA reveals all the remaining information, which is a lot, until then we will have to be patient at least until spring. 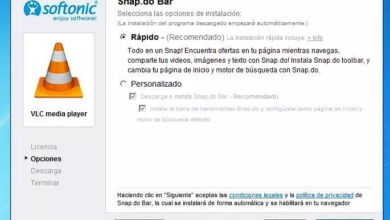 Softonic steals programs, fills them with ads and pays Google for you to download them ASTRO A10 review: the usual headphones, but lighter and better