The first thing to keep in mind is that, in order to use this function, you need to have relatively powerful hardware, such as an eighth-generation Intel Core i3 processor or higher, as well as 8 GB of RAM. Also our PC must be compatible with the Hyper-V virtualization and we have to activate this both in Windows and in the UEFI of the PC. In addition, we are not going to have the Play Store as on the mobile, nor the Google Play Services that most apps need to work, but it will be Amazon who will provide us with this service with its store amazon-appstore.

It is true that the installation and start-up is very simple, and it is the Microsoft Store itself that is in charge of configuring our PC before installing the Amazon Appstore. But, once installed, it no longer serves any purpose. And it’s partly Amazon’s fault, and partly Microsoft’s.

The Amazon Appstore is useless

Simply by seeing the featured applications we can get an idea of ​​everything that we are going to find in this store. If this is the best, what will be the rest? 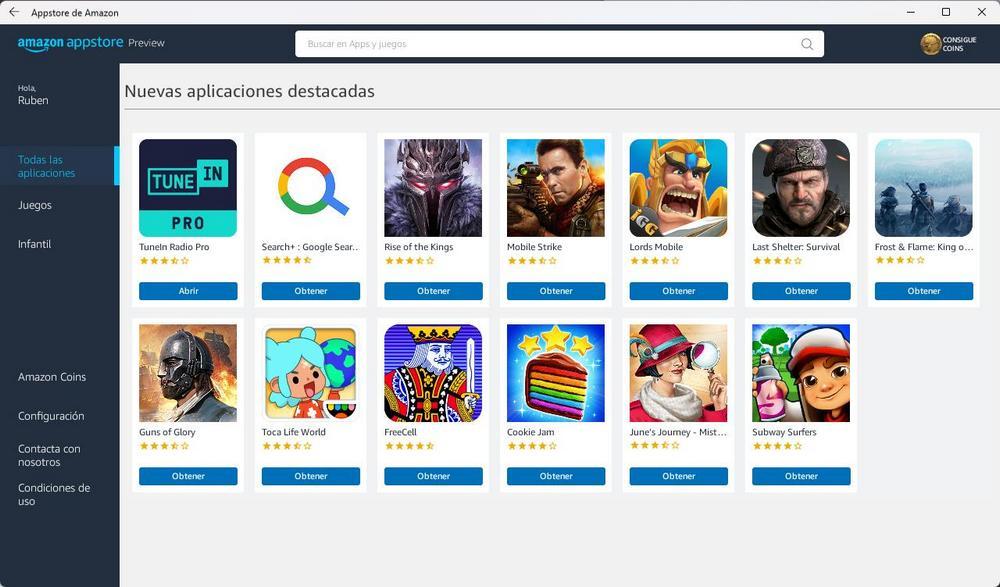 Obviously, not to generalize, we can find some quality games, such as Sonic, Monument Valley and even some LEGO games. But, removing these isolated cases, everything else is lousy.

Something that could have been useful is the possibility of installing the Instagram app, or other social networks or messaging apps. But, to no one’s surprise, these apps are not available in this store Of applications. Yes, we can find the Facebook one, but bearing in mind that Windows has its own, which is also much better, as if it isn’t there. 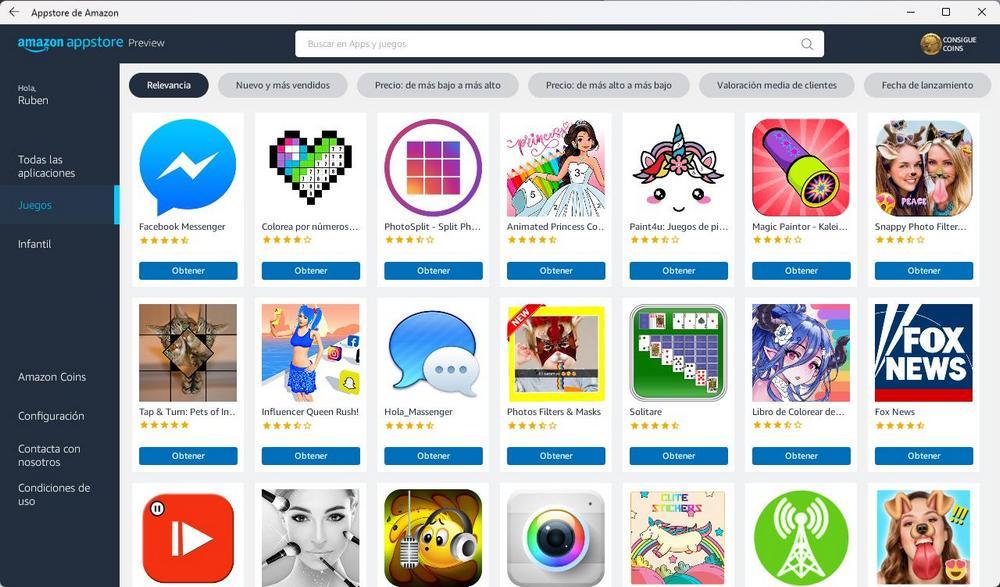 Another negative aspect is that everything inside this store is designed to spend money through micropayments. amazon has their own coins, which we can buy with real money, to spend on the many (and useless) games that we find within this store. If we didn’t already have enough micropayments in Windows, now we also have them in the Android store. 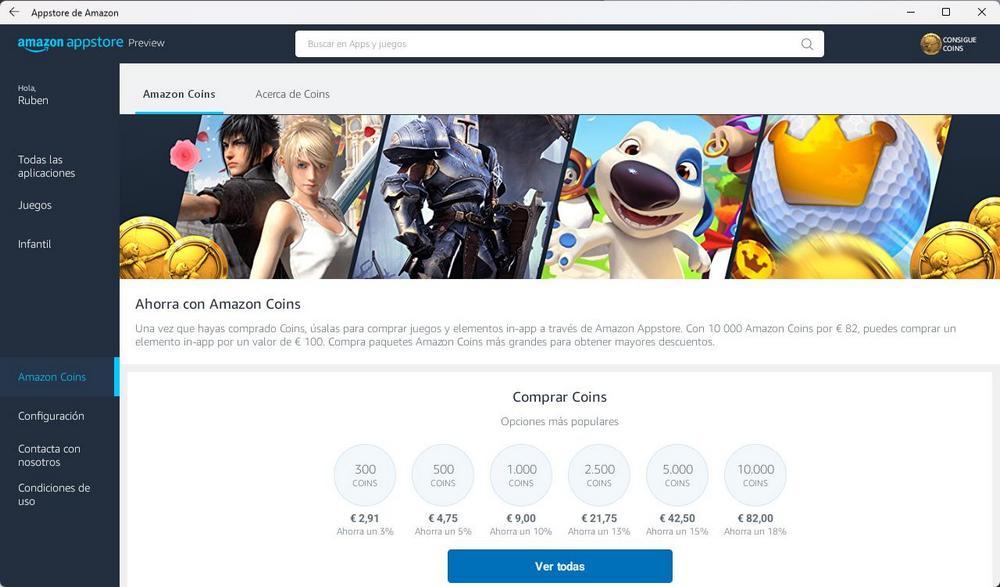 In summary, within the Amazon Appstore we will find applications that are useless, and a large number of games of poor quality that it is better not to install on the PC. That’s not to mention the opportunity Android malware now has to infect our PCs.

Android apps add nothing to Windows

A few years ago, probably in 2015, or even before, being able to have Android applications on Windows would have been something very interesting. However, today 99% of users have all their needs covered thanks to progressive web applications and the apps that we can find in the Microsoft Store itself.

WhatsApp has native applications for Windows (very good, by the way, and that do not depend on the mobile to work). Facebook, Instagram and TikTok the same. We are going to have practically any app that we have on our mobile for the PC, in one way or another.

The only thing that could have been interesting is having Android games on the computer. But the real games, with their Google Play Services and the Google Store. Selling your soul to Amazon has not been one of Microsoft’s best decisions, and it is probably the worst way to carry out this idea that, initially, promised.

Only when users manage to bring Google Play Services to this Windows subsystem for Android, and even make alternative stores like Aptoide work, will we be able to say that we are facing a functionality with potential.

Do you want to invest in the NFT market? Choose between these wallets

Do you like the PS3? With this PC you can enjoy it at 4K