The Lenovo 13w Yoga is the most interesting device we’ve seen so far under the program Microsoft and its partners are rolling out this week to promote PCs running the new Windows 11 SE operating system.

You already know that it is a special version of Windows 11 that Microsoft reserves for OEM manufacturers to pre-install on new computers. It is intended for the educational market no one escapes that it is an attempt to counteract the large market share that Google has achieved in this segment with Chromebooks.

The development follows the line of blocked/limited versions that the software giant started with Windows RT, until the latest Windows 11 in S mode. They are not originally intended for the average consumer, but if you like any, you should know that you will be able to remove Windows 11 SE and install the full version of the system.

Windows 11 SE is optimized for use on entry-level computers and the ones we’ve seen so far from HP and Acer (there will also be Dell, ASUS, Dynabook or Fujitsu) are -generally- very cheap laptops and tablets (2 in 1) with prices ranging from 200 to 400 dollars.

Lenovo has stepped out of the norm with this convertible, which aside from the limitations of the system it uses, offers a superior hardware configuration. It is based on a 13-inch multi-touch screen with FHD resolution and 300 nits of brightness. Its chassis is made of aluminum, it is very thin for its format and its weight remains at around 1.45 kg.

Like all Yoga convertibles, it has a hinge system that allows the screen to rotate up to 360 degrees to favor various modes of use, tablet, tent and laptop. Spill-resistant screen, chassis, hinges and keyboard are reinforced to help prevent damage. 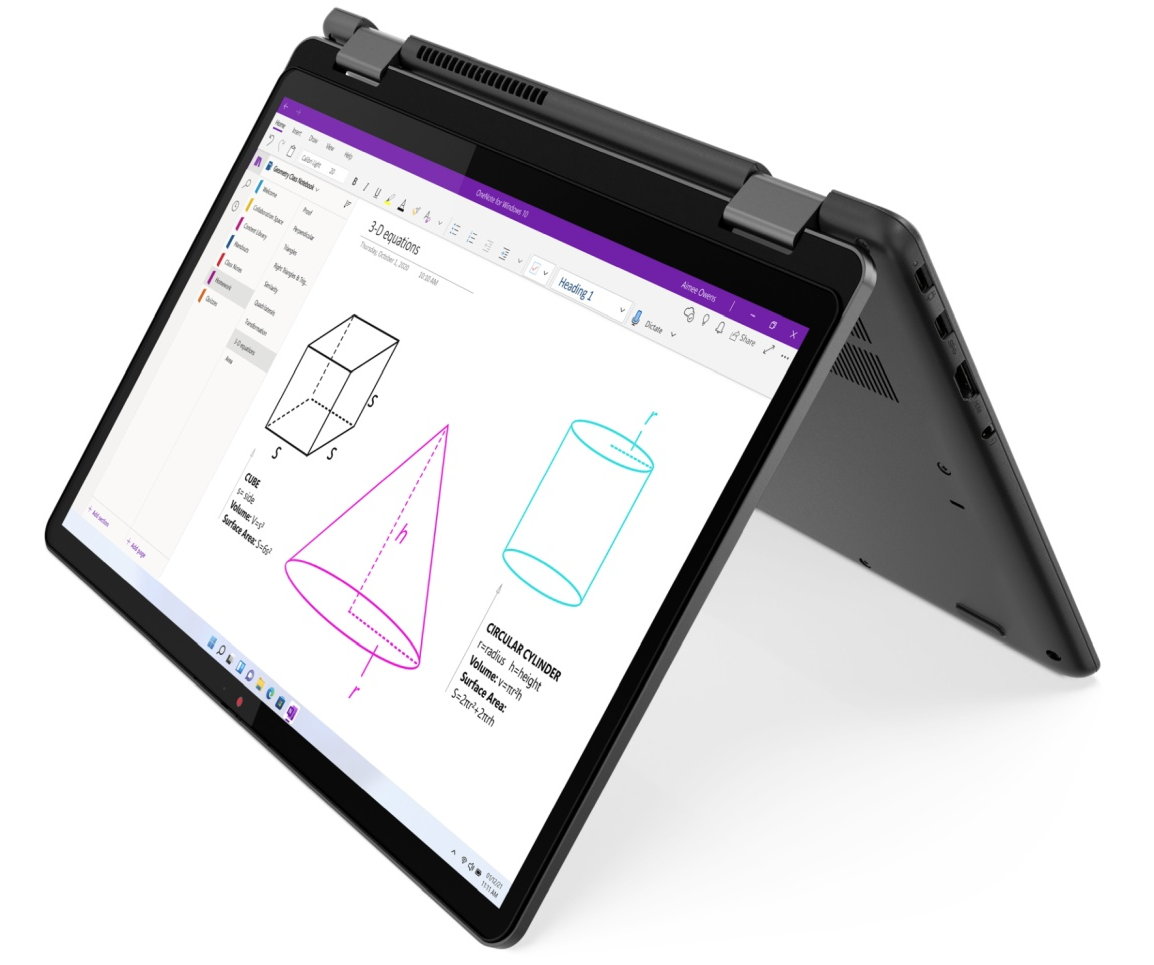 In the internal hardware of the Lenovo 13w Yoga highlights the processors AMD Ryzen 7 5000 series that you use It is accompanied by 16 Gbytes of RAM and a 512 Gbyte M.2 PCIe solid state drive. Its connectivity is also on a good level, with Wi-Fi 6 and Bluetooth 5.2, a selection of ports that includes two USB 3.2 Gen 1 Type-C, two USB 3.2 Gen 1 Type-A ports, an SD card reader, a port HDMI for content output to external displays, an audio jack, and stereo speakers with Dolby Audio support.

It has a 1080p front camera (5 MP optional) with a privacy shutter and a fingerprint reader integrated into the power button. In its chassis it has a space to store a stylus that is sold separately. Also in option this convertible can install a modem for 4G LTE Cat16 broadband. 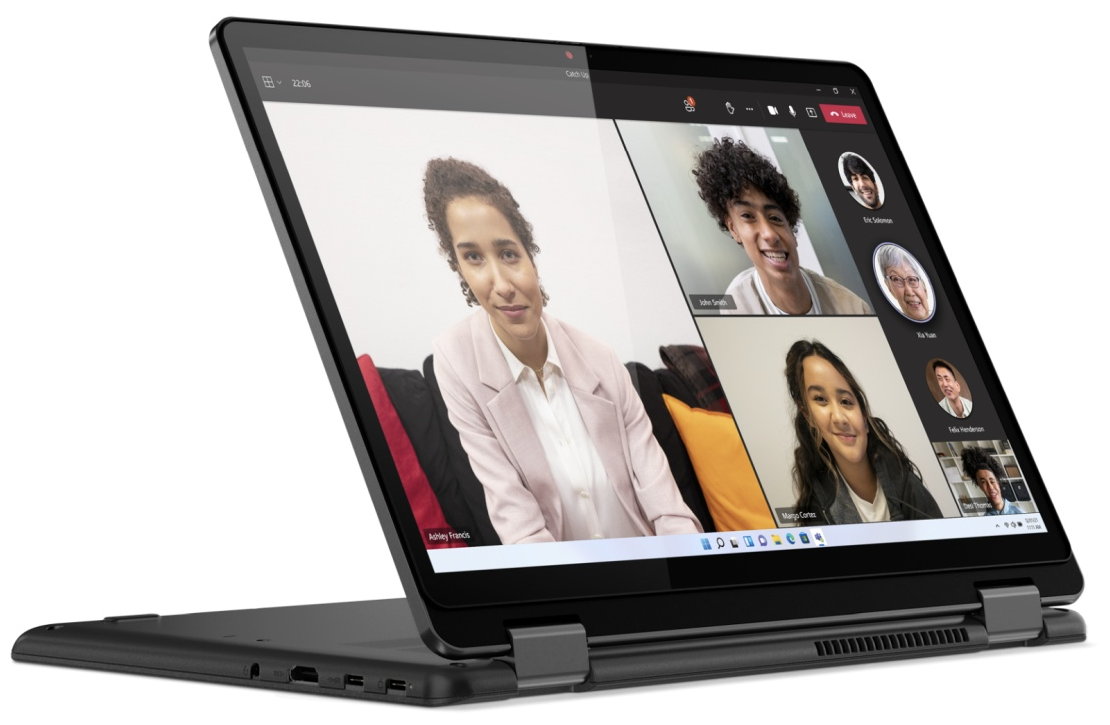 Lenovo includes a 65W USB-C fast charger with the device, which the company claims can give the 51Wh battery an 80% charge in just one hour. The Lenovo 13w Yoga will be available with Windows 11 SE and optionally also Windows 11 Pro if it is to be used in business segments. If purchased by an ordinary consumer, you will be able to remove Windows 11 SE and install a general version of the system.

Its official price is $749. Higher than the average of this type of equipment, but there is no doubt that with superior hardware based on AMD mobile processors.

The Chinese firm has also presented a second device with Windows 11 SE in partnership. This is a new tablet, a 2-in-1 with detachable keyboard and stylus pen built-in for drawing and writing on a 10.1-inch, FHD, 16:10 aspect ratio, 500-nit brightness multi-touch display. 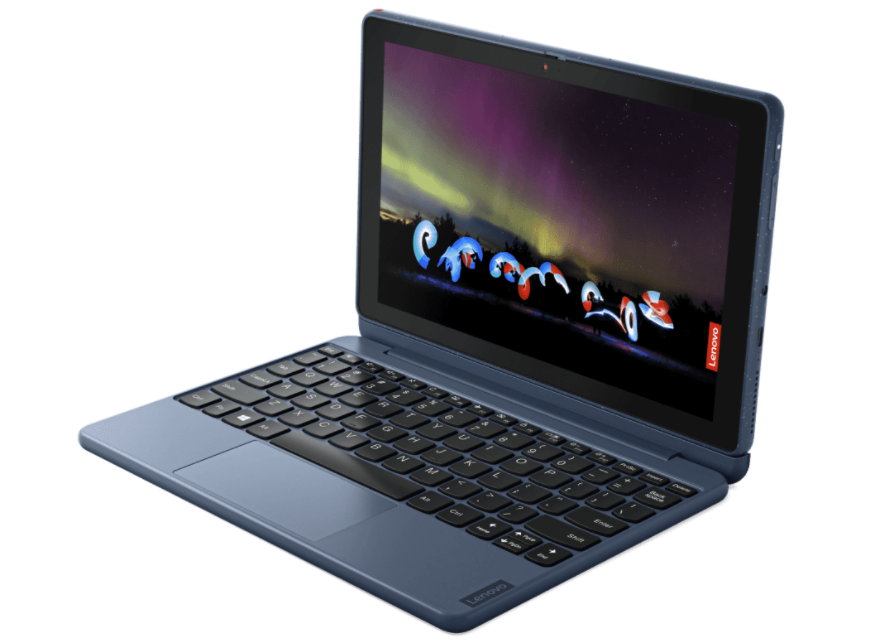 It is powered by a Qualcomm Snapdragon 7c SoC and can equip up to 8 Gbytes of LPDDR4X memory and up to 128 Gbytes of eMMC flash storage. It has a double front and rear camera, Wi-Fi 5, Bluetooth 5.1, a USB Type-C port for charging and data, a 30 Wh battery and supports the military resistance standard MIL-STD-810G. It will be available in April for a base price starting at $329.

iPhone 14: Apple keeps the new A16 chip for the more expensive versions

The King of Fighters XV Requirements: Now Available for Pre-Purchase