The market of portable projectors It does not stop growing, since it has become a very useful gadget in all kinds of situations. And now, Lenovo has just revealed that it is working on two new models that will stand out for their slim design and a power of 860 ANSI lumens.

The China-based firm already has several portable projectors in its catalog, but As reported by various media, very soon Lenovo will present two new models that will be added to its catalog of devices.

You may also be interested in: Sony VPL-XW5000ES and VPL-XW7000ES: 4K projectors to bring the real cinema home

To begin with, and as you can see in the image that heads these lines, through the Weibo social network, the most used in China, we have been able to learn of the existence of a first model. We talk about Lenovo Xiaoxin 520 Chocolate Projectora mini model that boasts a compact and portable design, in addition to 860 ANSI lumens.

Obviously, it is very low power compared to professional models, but to be a portable projector and that It has been designed to take it wherever you want, the bet sounds quite interesting. The manufacturer has not revealed more details at the moment, so we will have to wait for the presentation to know all the details of the Lenovo Xiaoxin 520 Chocolate.

But we can assume part of their features, to get an idea of ​​what it will be like. To begin with, being a portable model, we can expect that the Lenovo Xiaoxin 520 Chocolate has an internal battery that allows you to use it wherever you want.

Android TV will be the great exponent

Don’t expect particularly high resolution, so we can assume this projector it will be able to project a 100-inch image at 720p resolution at most. A very restrained figure for a professional room, but more than enough to show a movie on a weekend getaway with friends, for example. 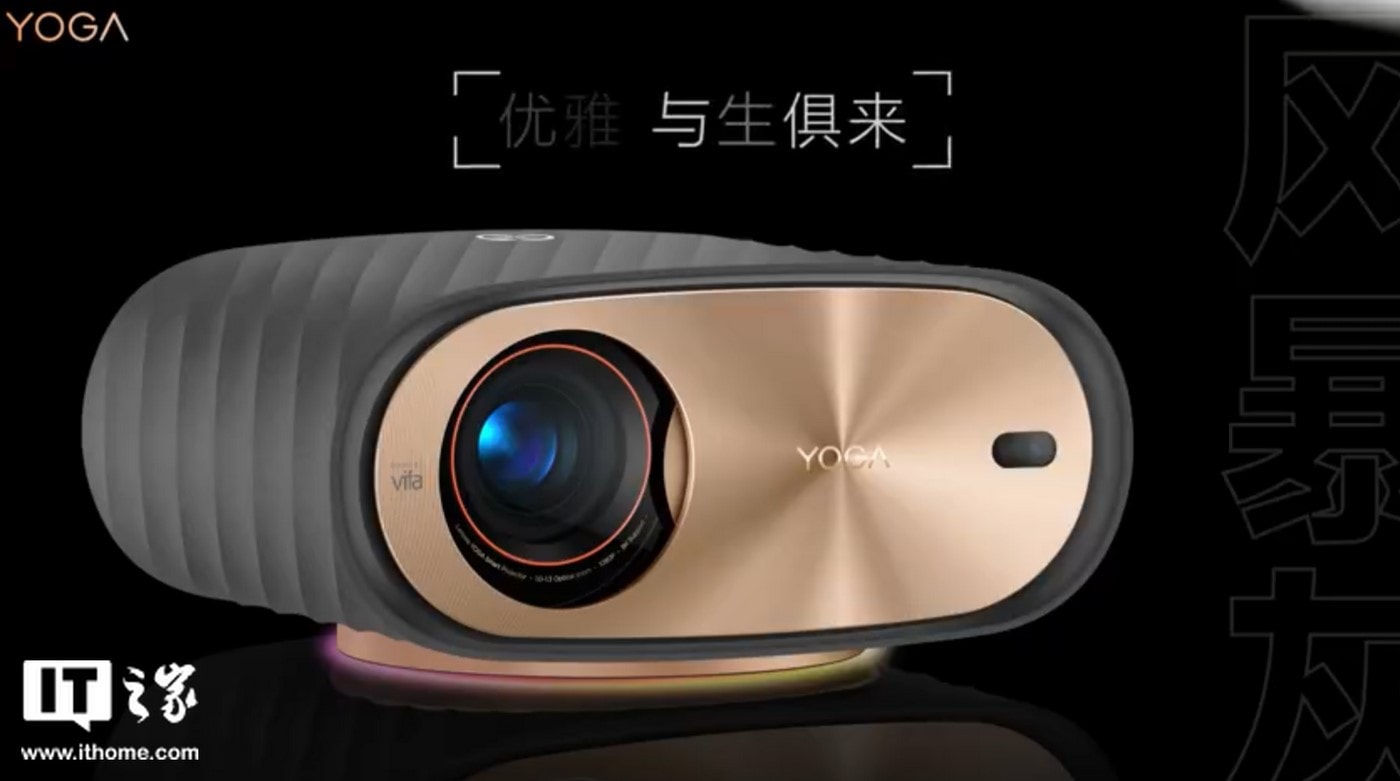 An image has also been revealed showing the Lenovo Yoga 7000, another projector that the manufacturer is working on and about which we have no further data. What we can guarantee is that the two models they are working on They will have Android TV as the operating system.

The manufacturer usually launches projectors with the Google interface, and its new portable projectors were not going to be an exception. Thanks to this, you will be able to enjoy the entire catalog of games and applications available in the Android TV application store.

Thanks to that you can access all kinds of on-demand content platforms such as Amazon Prime Video, Netflix or HBO Max to give an example. In addition, and as if that were not enough, both models will have an integrated Chromecast.

Through this element you can duplicate the screen of your phone to see it on the projector, something that can be especially useful to enjoy your favorite games on a larger screen, or show your videos and vacation photos to friends and family.

Regarding the launch date and price of the new Lenovo projectors, to say that at the moment we do not know when they will officially present the Lenovo Yoga 7000 or the Lenovo Xiaoxin 520 Chocolate, so we will have to have a little patience until the manufacturer offers more information about it, although seeing the promotional posters we can expect that its launch is imminent. Its price? A complete mystery, but we can assume that neither of the two models will exceed 400 euros in exchange when they reach the Spanish market.

You may also be interested in: This LG 4K hybrid projector has Filmmaker Mode and is capable of offering a 300-inch screen

the premium smartphone has almost no more secrets