Little by little we are clearing up more doubts about the LG OLED.EX technology. To begin with, we were surprised to see that LG C2 models from 48 inches onwards would also have this type of panel which promises higher brightness levels. Of course, the 42-inch version can come with this improved EVO panel or with the same screen as last year.

We can also get an idea of ​​which LG models will have its new OLED.EX panel. Let us remember that the Korean manufacturer wants to use the OLED.EX terminology to sell this type of panel to other manufacturers, such as Philips, which has released this technology in its Philips OLED 807, while the LG OLED Smart TV family that has this type of panels will be announced as an advanced EVO screen instead of OLED.EX.

Now, taking advantage of the fact that its entire line of LG OLED 2022 Smart TVs is in the starting line and will soon land on the shelves, the Seoul-based company has launched a Press release where he unravels some of the secrets of his OLED.EX technology.

More brightness, higher efficiency and no burning or retention

The big Achilles heel of smart TVs that use an organic light-emitting diode screen has to do with retention and burn-in. Pixel degradation causes this very common problem. Some manufacturers opt for a plate that cools, as is the case with the Brightness Booster technology of the LG G2, but it seems that all models with OLED.EX screen will be protected against burning and retention.

To do this, and as reported by the company, the OLED.EX panel integrates a system of custom algorithms that will be in charge of carrying out an integrated control of the television that we can define as the evolution of the compensation cycle.

In this case, LG algorithms will be in charge of analyzing the initial state of the pixels when turning on the screen for the first time, recording usage patterns for years to offer a personalized and improved system through Deep Learning or Machine Learning. With it, your AI is capable of studying the use we give to the Smart TV to create patterns in which the use of different areas of the screen is predicted to adjust the voltage of each pixel. 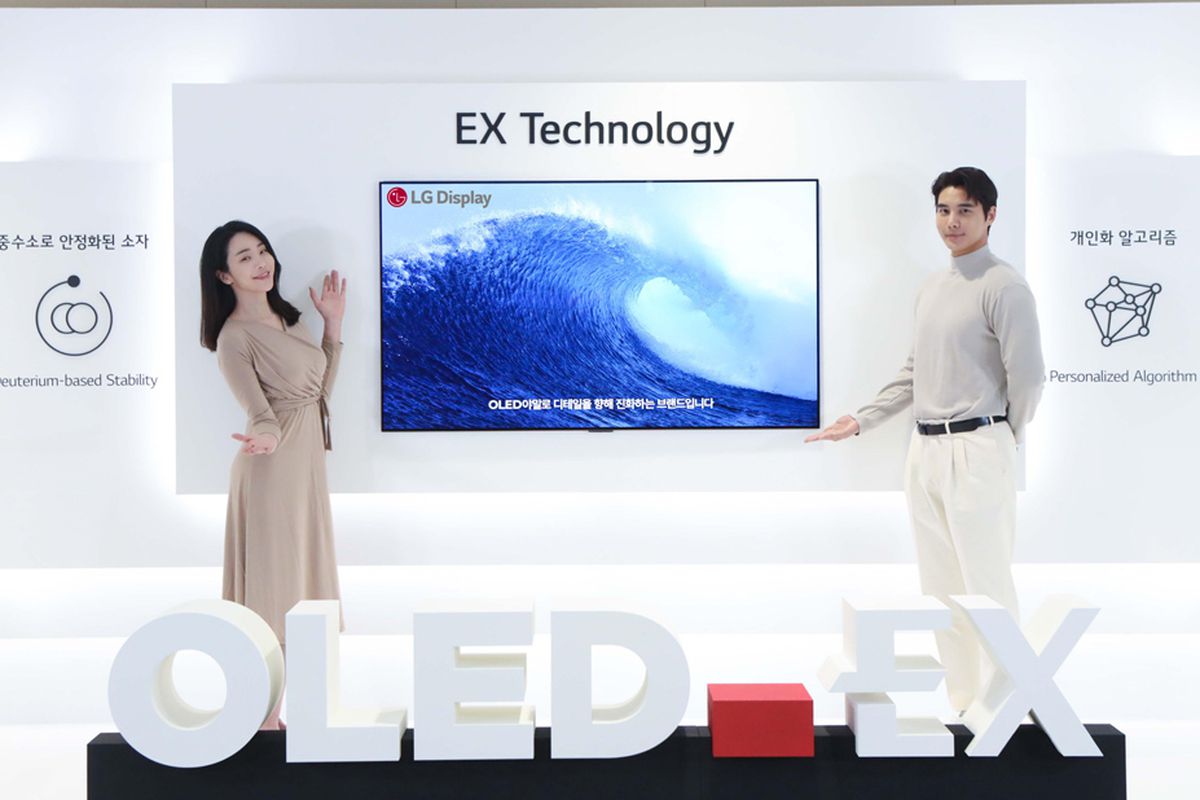 LG gives Yellowstone Park as an example, where you will find all kinds of shades in the images of this place. OLED.EX technology will detect the different RGB tones (red, green and blue) to create vivid and sharp colors, but with a voltage that avoids panel degradation.

Until we test this technology in detail through the transfer of a television that has this type of panel, we cannot guarantee the efficiency of OLED.EX technology. But on paper we have a screen that offers 10% more brightness compared to 2021 EVO panels, as well as better energy efficiency to reduce consumption.

Will it be enough for OLED.EX technology to be able to stand up to the QD-OLED Smart TVs that Samsung and Sony have presented? We will have to see who is the winner of this duel that promises to be one of the most intense of this year 2022. Let Black Friday 2022 be prepared, because curves are coming and LG may not dominate sales as much as before…

Could Canada disappear? City is under water half a year after being devastated by fire

Confirmed by Sony: this week you can update your PS5 to enjoy VRR support