If the new range of GeForce RTX, and in particular the 4090 Ti, will not be unveiled for several months, a lot of information is already starting to leak. Today is the first visuals of the graphics card that have just arrived, and the least we can say is that the 4090 Ti Founder Edition is probably one of the most imposing graphics cards ever seen in a PC.

Yes Nvidia unveiled its new RTX 3000 less than 2 years ago, the new generation of graphics cards is already jostling at the gate. The RTX 4070, 4080 and 4090 should be presented in a few months, with a possible launch on the market by the end of the year.

While waiting for the founder to deliver all the information on its new generation of GPUs, this is the RTX 4090 Ti Founder Edition who talks about her. The very first images of the graphics card have just leaked on the web. But first of all, let’s clarify that these are not photos of the graphics card itself, but rather of all the components that surround it. We find there mainly the cooling system in its entirety, but there is enough to set the tone. The new high-end graphics card will be big, very big.

Also read: the Nvidia RTX 4090 would be the most energy-hungry graphics card with 850W of TDP

If the GeForce RTX 4090 Ti is an impressive graphics card, there’s a reason for it

The V-shaped PCB, found on the current generation, seems to have been reused on the new graphics card. The first photos of the GeForce RTX 4090 Ti highlight a cooling system designed in 3 parts: 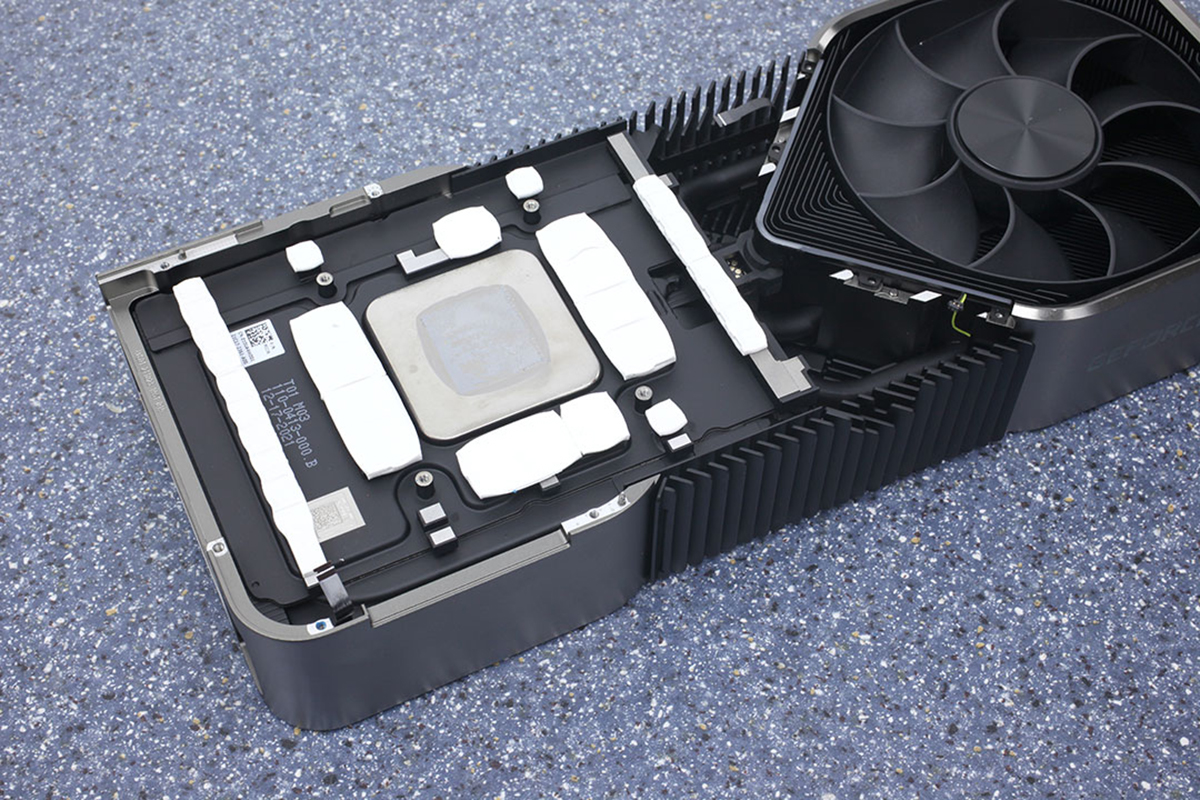 In terms of sheer power, the RTX 4090 Ti would be twice as powerful as the RTX 3090 Ti, released in March 2022. Finally, according to the latest rumors, Nvidia would aim to unveil its new RTX 4000 graphics cards during the summer 2022, probably mid-July.

Samsung Galaxy Z Fold 3: where to buy it at the best price?

Galaxy S20 FE: the 5G model of the Samsung smartphone is back at a good price

What is a VPN, its advantages and the criteria for choosing the right one?