The tests carried out by the firm AV-Test have confirmed, on more than one occasion, that Microsoft Defender is the best free antivirus for windows 10 and windows 11quite an achievement that, however, has recently been clouded by the results that this security solution has achieved in offline tests.

These tests have been carried out by AV-Comparatives, and in them you can see that Microsoft Defender achieved an average detection rate of only 60.3%, a very low figure that places it in last position. For comparative purposes we can see the result obtained by G-DATA, whose detection rate was 98.6%.

What does this mean and what does it mean for the user? Well, it’s very simple, that Microsoft Defender has a high dependency on the cloudand that while you use it in its online mode you will enjoy almost perfect protection, since in said mode its detection rate goes up to 98.8%, and its protection rate reaches 99.96%, figures that are almost perfect.

A total of 10,040 malware samples were used in these tests. In the second image we can see that only two antivirus solutions achieved full protection (100%), Panda and NortonLifeLock, although the first registered false positives. On the other hand, Trend Micro obtained a “low” result, in comparative terms with the rest of the solutions, since its protection rate in online mode was 98.61%. 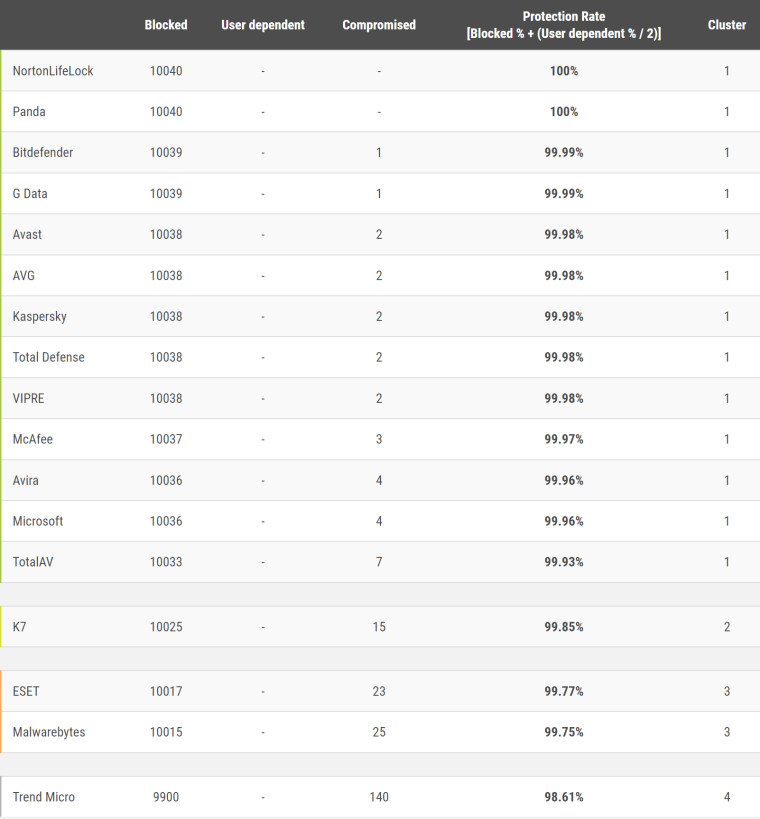 The second image shows us the total number of threats that each antivirus solution was able to block. Microsoft Defender blocked a total of 10,036, which means that only let four malware samples through. By contrast, Trend Micro let them sneak in 140 samples. The percentage difference is small, but when we talk about blocked samples we have a clearer perspective of how important that difference is.

Regardless, Microsoft Defender is a recommended solution

This is demonstrated by the final assessment granted by AV-Comparatives. If you look at the attached image, you will see that Microsoft Defender was included in the three-star list which differentiates antivirus solutions that generally offer an “advanced+” degree of protection against malware. Panda would have been on that list as well if it weren’t for the false positives, which lowered its final rating. 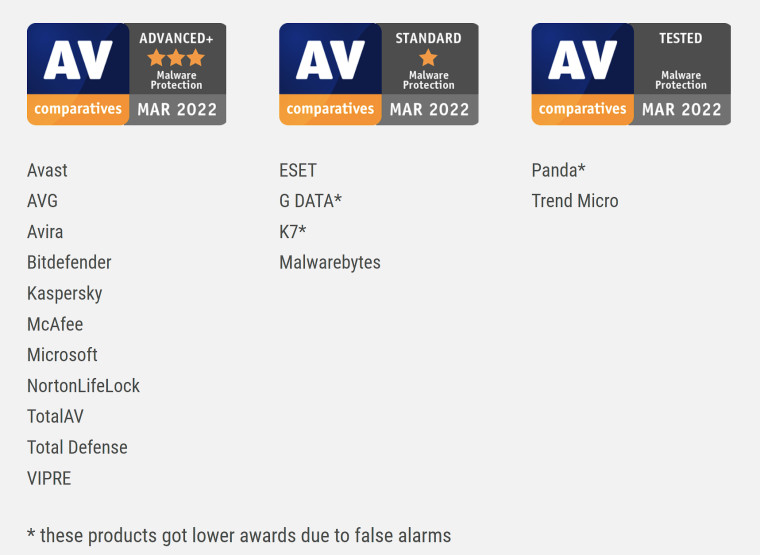 Personally, I have been using Microsoft Defender for many years and I must say that my experience has been very positive. The last time I suffered from a malware infection was using Windows 7, although in this sense I must also point out that, since then, I have used the PC more and more carefully, and with greater common sense. In the end, this is one of the fundamental keys to stop malware, the good judgment of the user.

If you are a little careful when using your PC, you won’t need anything beyond Microsoft Defender, the voice of experience tells you, although keep in mind that it offers its best only when working in online mode.

AliExpress deal of the day: the Xiaomi Mi Band 6 at a low price

Android applications will be invited on Windows, iOS and Chrome OS