microsoft I had pending to give several touches to Windows 11 to improve and complete its functions. Not only to “finish it”, but also, in view of the changes that have occurred in the last two years in the world of work, with the rise of teleworking and the increase in positions in which it will not always be necessary to work from the office. Windows 11 I needed certain improvements to optimize its functions for hybrid work, which according to Muycomputer has added in its next major updatewhose final version will be available next fall: the 22H2.

Thus, the company has added to this next update several new features and improvements in the professional editions of Windows 11. Specifically in the areas dedicated to administration, security, productivity and collaboration.

A more protected system against attacks

In the field of security, Windows 11 will have two new features, designed to combat today’s most common cyber attacks: identity theft and targeted malware. The first is Microsoft Defender SmartScreena tool to strengthen protection against phishing attacks, whose mission is to identify the attack and notify users when they enter their access credentials in a malicious application, or on a website that is controlled by attackers.

The second is SmartApp Control, a feature that combines code signing certificates with Artificial Intelligence models. With this, the system ensures that only safe applications are running. In addition, specific hardware security processors, such as Microsoft Pluton, take care of fast and secure firmware updates via the cloud.

It is also now available in Windows 11 SettingsLock, in charge of supervising the registry keys with MDM policies, and in case there is a security problem, corrects them dynamically. Thus, the devices of a system will comply with the security protocols of each organization.

Features to improve productivity and remove barriers in Windows 11

The next big update to Windows 11 will also have features to improve productivity, as well as offer facilities for people with various disabilities: focus sessionsLive Captions and Voice Access.

The first, focused on creating healthy digital habits and also improves the productivity of people with ADHD. It allows you to filter warnings and notifications thanks to a timer that will take care of limiting them for an indicated period of time. In addition, it will have a “Do Not Disturb” function, to prevent them from interrupting us with notifications and messages when we are working and need peace of mind.

With live captionsOn the other hand, Windows 11 will offer real-time subtitles throughout the system, which gives users with hearing problems more ease for their work. But also to students and people who speak a language other than that of the system, and who do not have sufficient capacity to understand the spoken language. 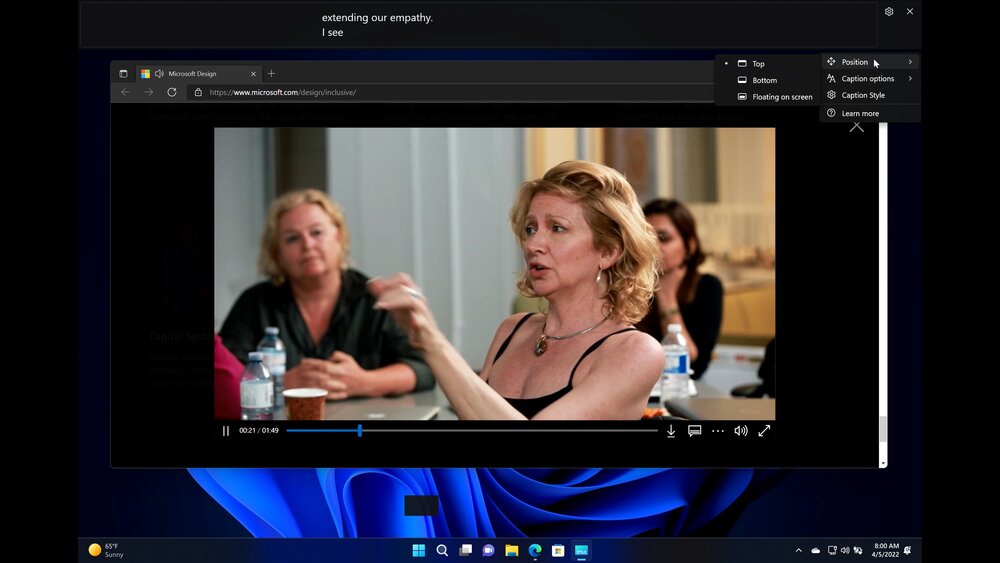 For its part, VoiceAccess allows the control of a team with the voice, in addition to giving the opportunity to dictate content to the system. It is a function that provides comfort to computer users, but that greatly facilitates its use for people with movement problems or with injuries to their arms and hands.

File Explorer, one of the most used elements of virtually any operating system, has been completely redesigned for the next Windows 11 update. It is now based on the cloud, with the goal of making searches faster and better. To do this, for example, it will show all the results in a single point.

Now it will also allow anchoring files, and creating tabs to facilitate navigation. This way it will no longer be necessary to move through folders or perform search functions without having to open multiple instances of the browser. In the Start menu you can also create folders, just by dragging one application inside another, as in Android.

The tool also adds a home page, with the files assigned by each user to their favorites list, as well as those recently used, and a quick access area. In addition, it will offer suggestions based on context, thanks to Context IQ, which makes it easy to find files that the user wants to locate.

One of the highlights in hybrid work is videoconferencing, to bring together the staff of a team or a company regardless of the point at which they are developing their tasks. For this reason, Windows 11 has not left them aside in its list of improvements. Among them are several smart meeting capabilities, which take advantage of Artificial Intelligence hardware to improve various aspects.

For example, the clarity of the voice of those who speak, thanks to the function Voice Clarity. They are also responsible for automatically framing those who are participating in a videoconference, with Automatic framing, as well as improving background blur with Portrait background blurand to maintain, with eye-contact, eye contact between those who are speaking. Everything to improve the experience of the participants in video calls and make them closer, pleasant and comfortable.

IT professionals will have more facilities and options to simplify the management of Windows 11 devices starting with their next big update. Windows 365 Enterprise will offer more flexibility to companies, since it will allow to deploy Windows on a personal or professional computer, managed in Microsoft Endpoint Manager, through which Windows 365 Cloud PC and physical computers can be managed. And starting in May, support for Azure AD Join for Cloud PCs will arrive. 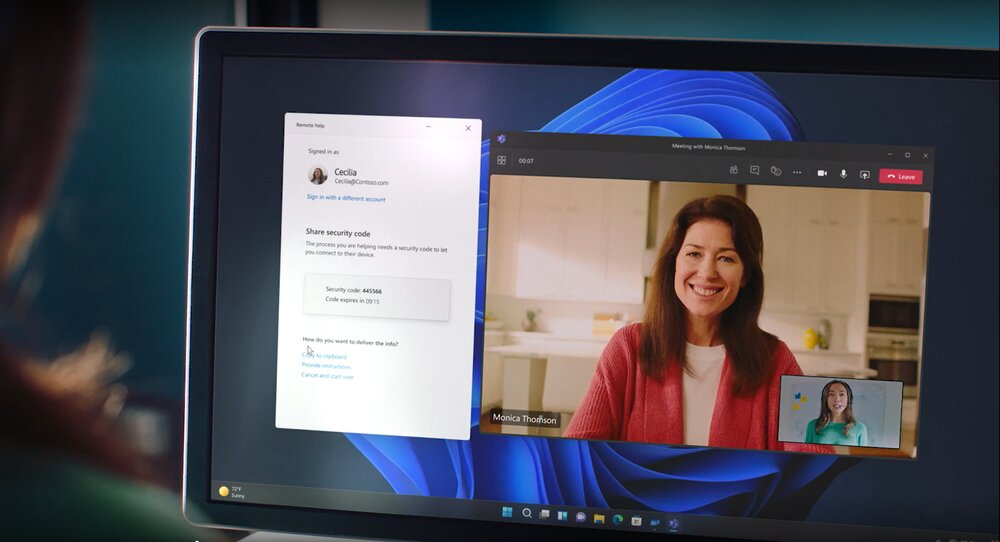 Windows 11 will also soon feature app management for Microsoft Edge, which, with application protection policies in Endpoint Manager for Edge for Windows, will allow administrators to fine-tune how data is transferred. Both within the company and outside of it.

It will also be possible to define what level of Windows Defender protection there will be on each device, which provides security for access to company resources from the devices that workers use to access them. Endpoint Manager, also updated, will be a single cloud-based solution with endpoint management and security tools.

It will have a premium endpoint management plugin to secure connections from anywhere. New Endpoint Manager features are coming soon to improve the end-user experience and make endpoints more secure in the cloud, on-premises, or on any platform.

The PC no longer has barriers to the cloud

Microsoft has announced that there will soon be new integrations between Windows 11 and Windows 365, such as Windows 365 switch, which allows the passage of the PC in the cloud and the local one with a click. As well Windows 365 Boota function with which you can directly start your Windows 365 cloud PC in one step. Finally, Windows 365 Offline It will allow you to perform an automatic resynchronization after working on Internet disconnection.

Tragedy in Colombia: a 13-year-old boy stabbed in a school bathroom

King of antiviruses on Mac, Intego makes its best sales (-60%)

Digital Signage: the best solutions for your company