Microsoft Surface, the software giant’s own hardware line, celebrates the tenth anniversary since its arrival on the market and the firm has taken advantage of it to present the renewal of some of its most significant models. This line meant for the Redmond company a daring foray into the world of computer hardware and although its beginnings with Surface RT were complicated, it has ended up becoming a world technology reference.

Since the beginning of the Surface, Microsoft has sought innovation, improving the user experience with the precise integration of hardware and software, and opening new market segments together with its OEM partners. Under this strategy, the growth in quantity and quality of Surface has been constant and currently offers all kinds of equipment to meet the different needs of the user. We review the novelties presented today.

It is the flagship device of the Microsoft Surface line and the company updates it whenever it has the chance. Surely the best-selling Surface, he managed to create the new format of the 2 in 1 which have definitely ranked among the most attractive form factors in global computing.

The new version continues betting on versatility as a flagship, tablet and ultraportable uses, but with the power, lightness, mobility and premium finishes of its magnesium chassis typical of a premium device to be used wherever the user requires it, to work or to entertainment.

The new Surface keeps all those same features, but now the user can choose between two quite different versions based on Intel’s twelfth generation Intel Core processors (Core i5-1245U or Core i7-1265U built on the Intel Evo platform) or a version with ARM Microsoft SQ 3 processor, likely derived from Qualcomm’s 8cx Gen 3. 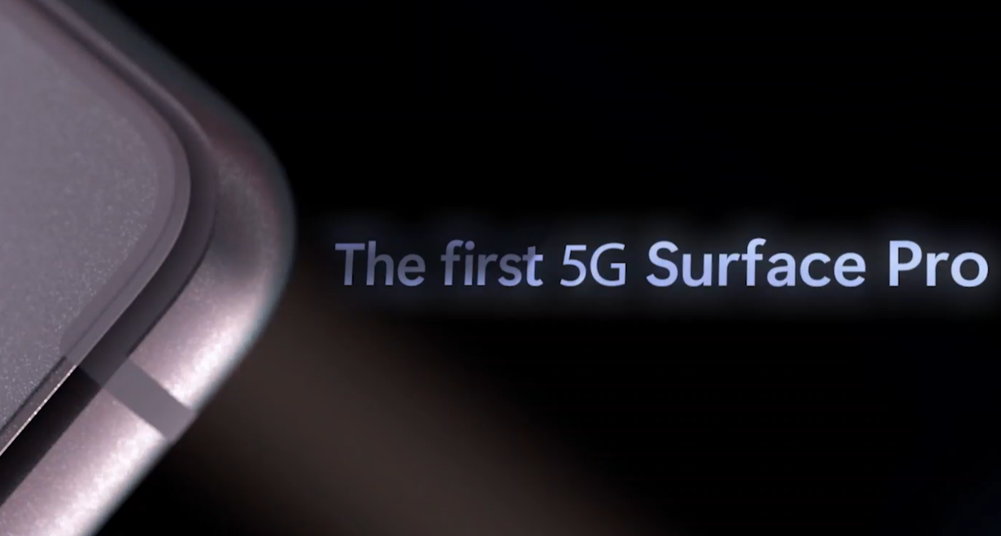 This second version is the newest since it is the first time that Microsoft uses an ARM SoC in its 2 in 1 and has as a great advantage the 5G compatibility. In fact, it’s the first Surface to offer support for fifth-generation networking.

Microsoft says that the user who opts for the Intel version will obtain 50% higher performance than in the previous version, while the choice of the ARM SoC (created by Microsoft in collaboration with Qualcomm) will have its greatest advantage in autonomy, since the manufacturer promises a whopping 19 hours. 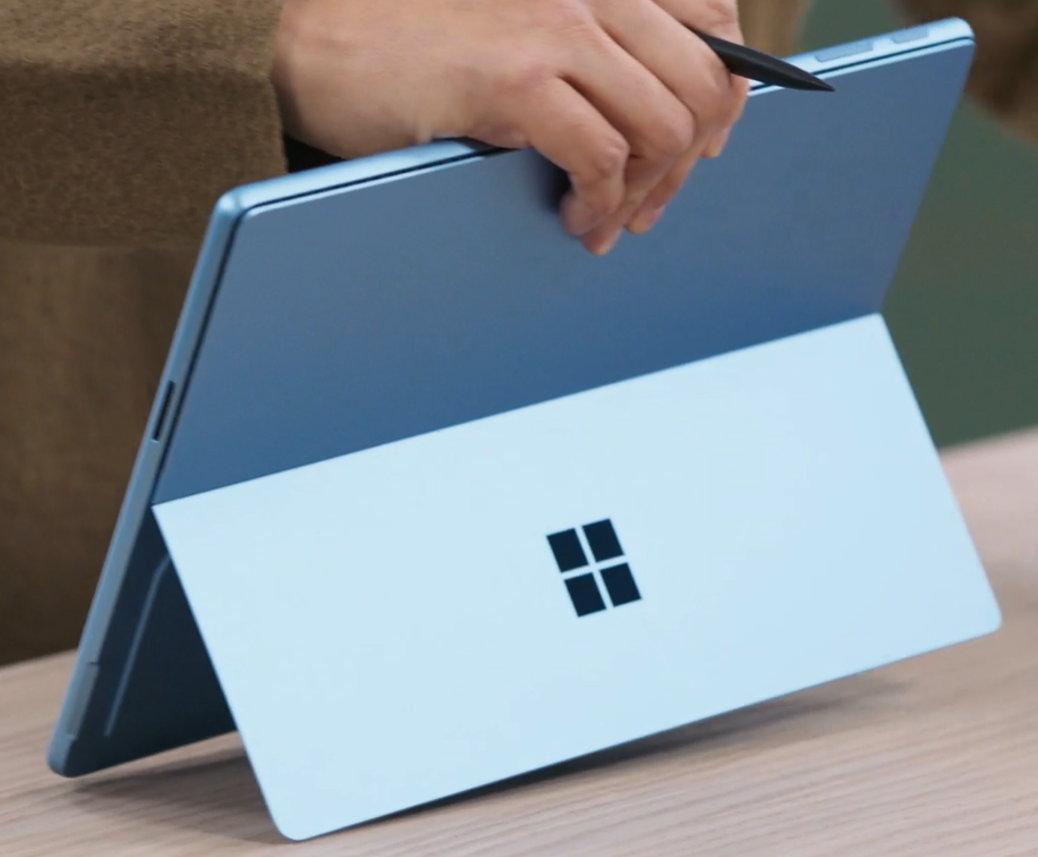 As for storage options, Microsoft offers a (short) 128GB to start with, though they can go as high as 1TB. The SSD is removable which leaves room for expansion. The base model offers 8 GB of RAM, but the top configuration with Intel can go up to 32 GB LPDDR5. The version with ARM SQ3 processor has a maximum of 16 GB of LPDDR4X RAM.

Wireless connectivity is state of the art and in addition to 5G (nanoSIM and eSIM) it includes Wi-Fi 6E and Bluetooth 5.1. There are two USB-C ports and Microsoft’s proprietary Surface Connect port. A 1080p webcam sits on the front, while the 10-megapixel rear camera can capture up to 4K video.

The second of the revamped devices is Microsoft’s ‘pure’ laptop. Like the Surface Pro 9, the model maintains a continuous design approach compared to the Laptop 4 that we analyzed at the time, but maintaining its same elegance, premium build quality and finishes with its aluminum chassis. 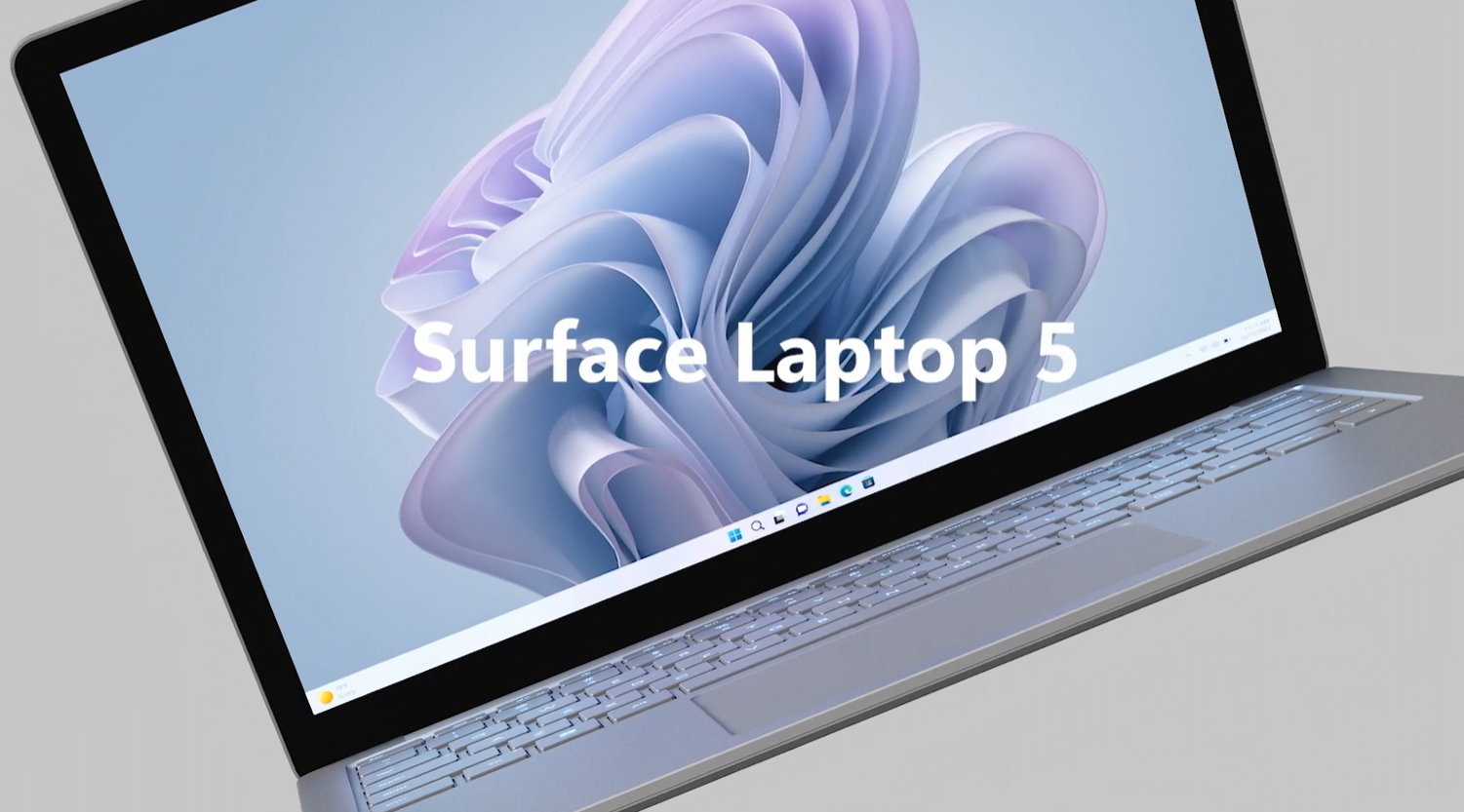 The biggest novelties come from its internal hardware since Microsoft has removed the option for AMD processors and all versions use the twelfth generation of ‘Alder Lake’ processors. The company points to the improvement in autonomy as the cause and says that the laptop will be able to work for up to 17 hours without the need for recharging.

All Surface Laptop 5 series devices use integrated Intel Iris XE graphics and feature up to 32 Gbytes of RAM. The notebooks will ship with three storage options, with 128GB, 512GB, and 1TB PCIe SSD. 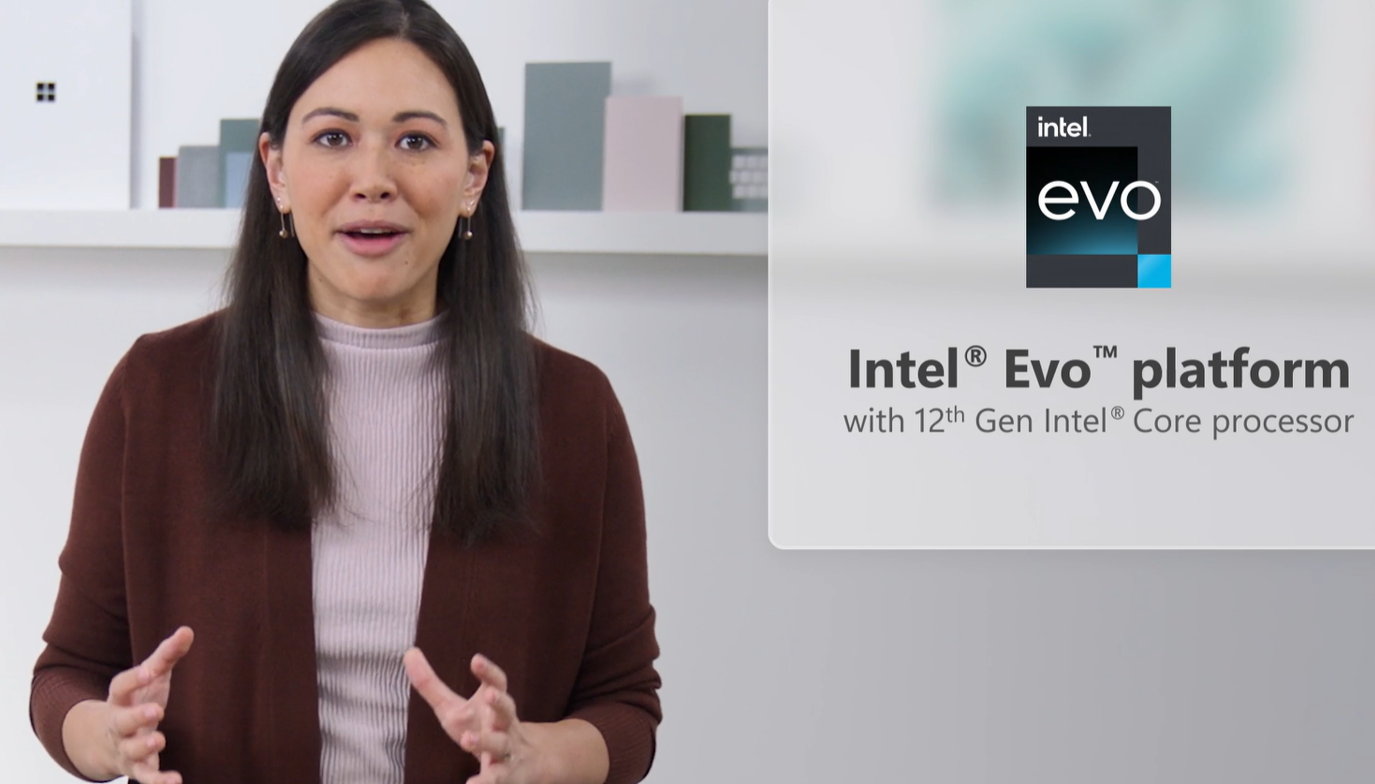 In terms of connectivity, they have a USB-C port, a USB-A 3.1 port, a dedicated Surface Connect port and a 3.5mm audio jack. They also have the upgraded wireless connectivity options to Wi-Fi 6 and Bluetooth 5.1. They include a 60W power supply. 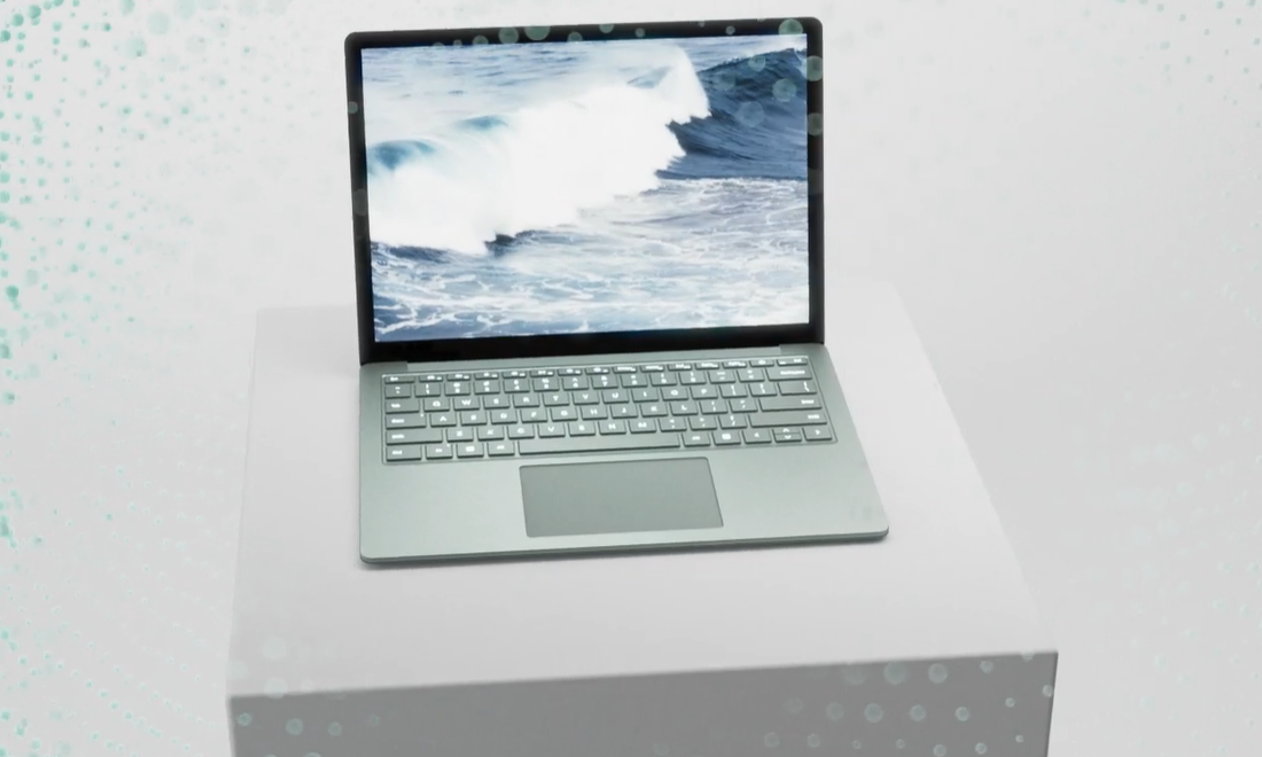 Panos Panay himself has been in charge of presenting the most advanced, innovative and expensive device in the entire Surface line. As you know, it is a spectacular compact AIO computer focused on the professional field, especially creatives who need a high-end display with precision pen capabilities.

As its surname “Plus” indicates, it’s an incremental update to Studio 2, but it still has that great feeling of newness and freshness, with that hinge that allows multiple working angles and the minimalist design of a high-end all-in-one. 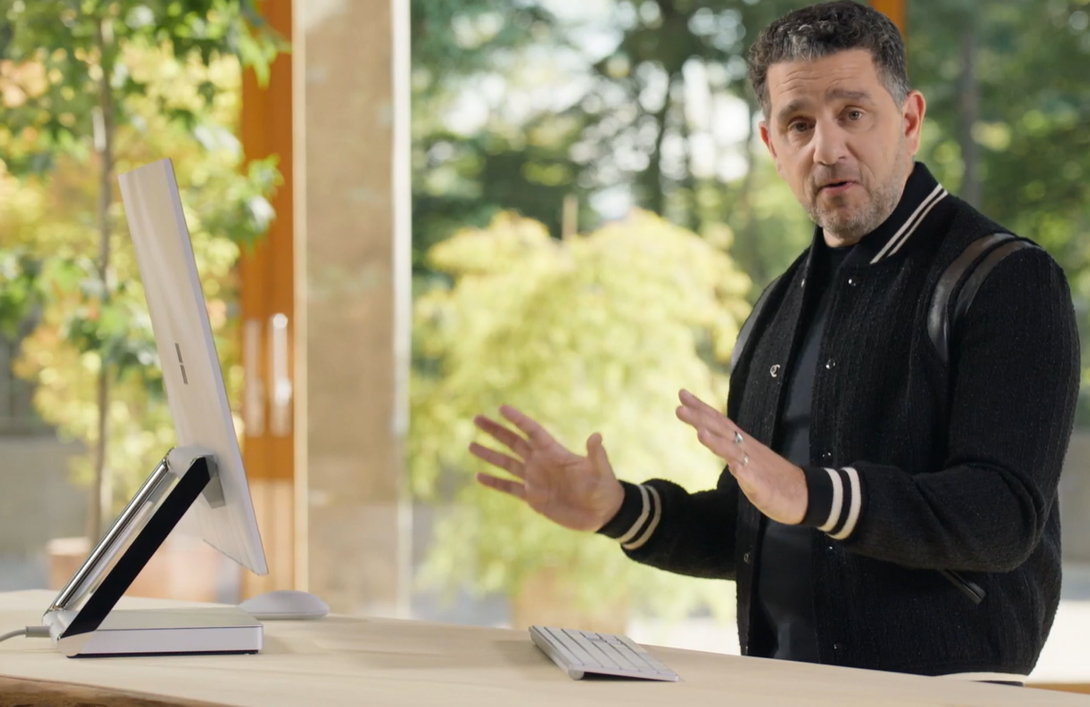 With permission of the flexible hinge that allows Surface to transform from a computer monitor format to a giant tablet that rests at a small elevated angle against a table or any horizontal surface, the screen remains the star of this computer, a 28-inch Pixel Sense It offers a resolution of 4500 x 3000 pixels and supports touch interactivity with fingers and light pens.

The panel is calibrated at the factory to cover the entire DCI-P3 color range, supports Dolby Vision content, and is protected by a layer of Gorilla Glass 3. The aspect ratio remains 3:2, offering a higher profile compared to usual 16:9 format panels. 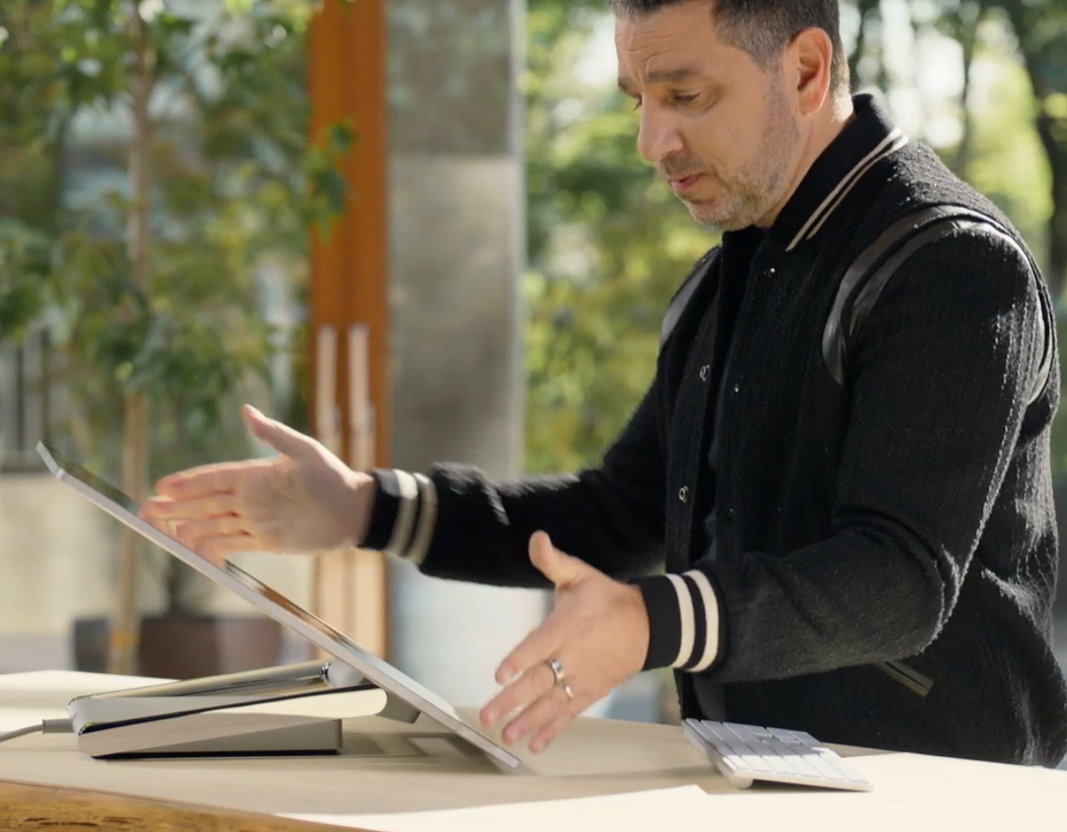 Its interior contains novelties, although not the expected ones. And is that Microsoft has updated its processor to the eleventh generation and not the new Alder Lake (or the already announced Raptor Lake). The new Studio is offered in a unique configuration with the CPU Core i7-i11370H.

In any case, Microsoft says that this CPU is more than enough for the team with a 50% performance increase. The dedicated GPU has also improved quite a bit, from the GTX 106 to a NVIDIA RTX 3060. The RAM memory configuration is 32 Gbytes, while the internal storage is covered by a 1 Tbyte SSD. Wireless connectivity has also been upgraded, with Wi-Fi 6 and Bluetooth 5.1, along with three USB-C Thunderbolt 4 ports, a pair of USB-A (version 3.1) ports, a headphone jack, and a Gigabit Ethernet port. 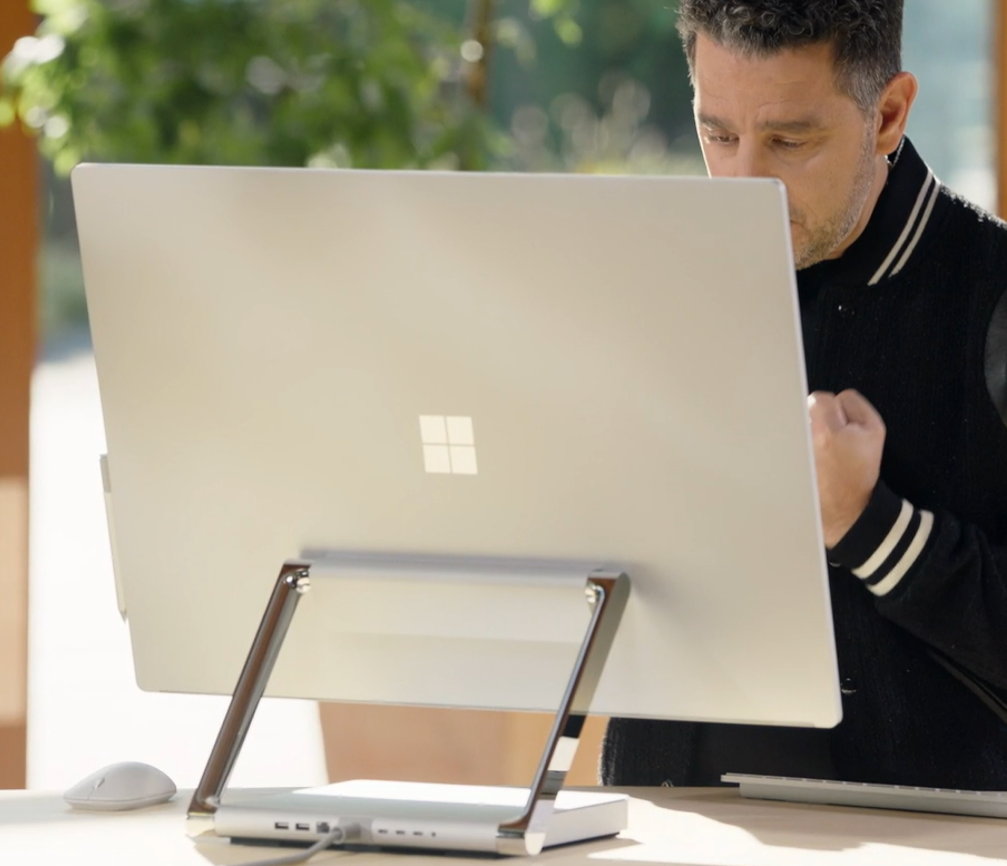 All three computers ship with Windows 11 pre-installed. Microsoft’s latest operating system has had a big role in the presentation and the company says that the new Surface has been optimized, in firmware and software to work with them.

The entire series will be available in the Microsoft Store and through regular retail channels. 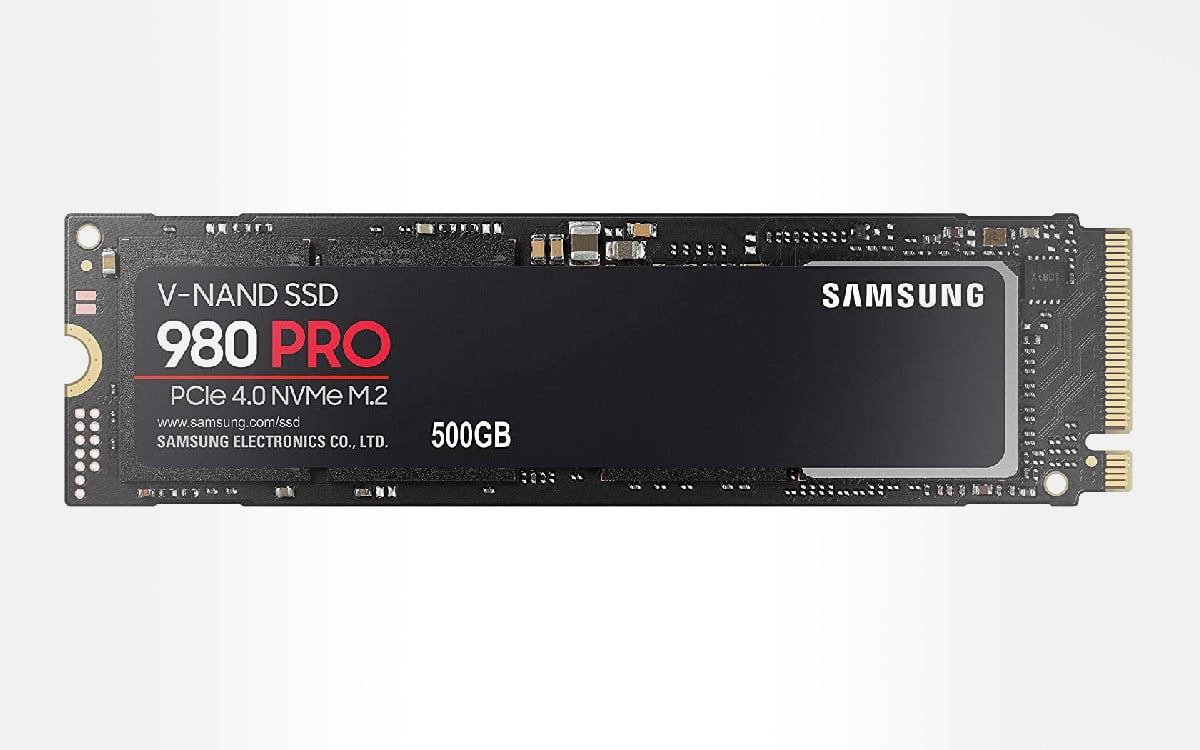 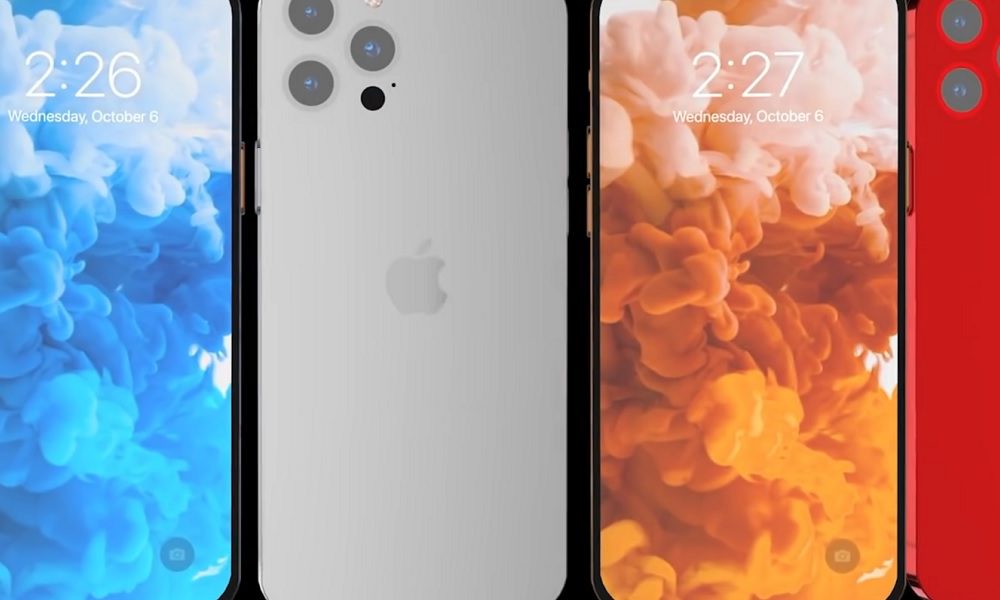 Three things we hope to see on the iPhone 14 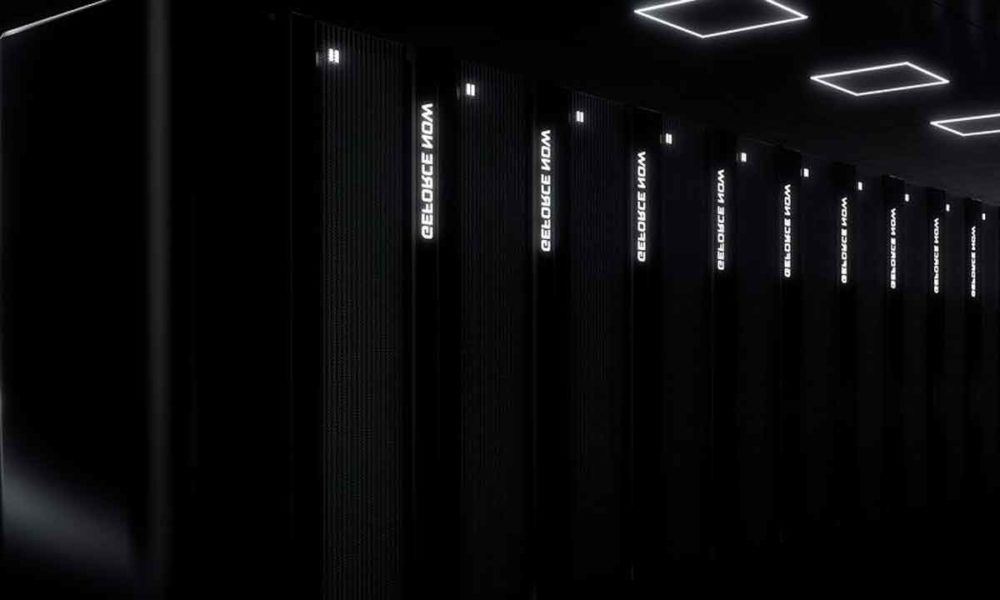 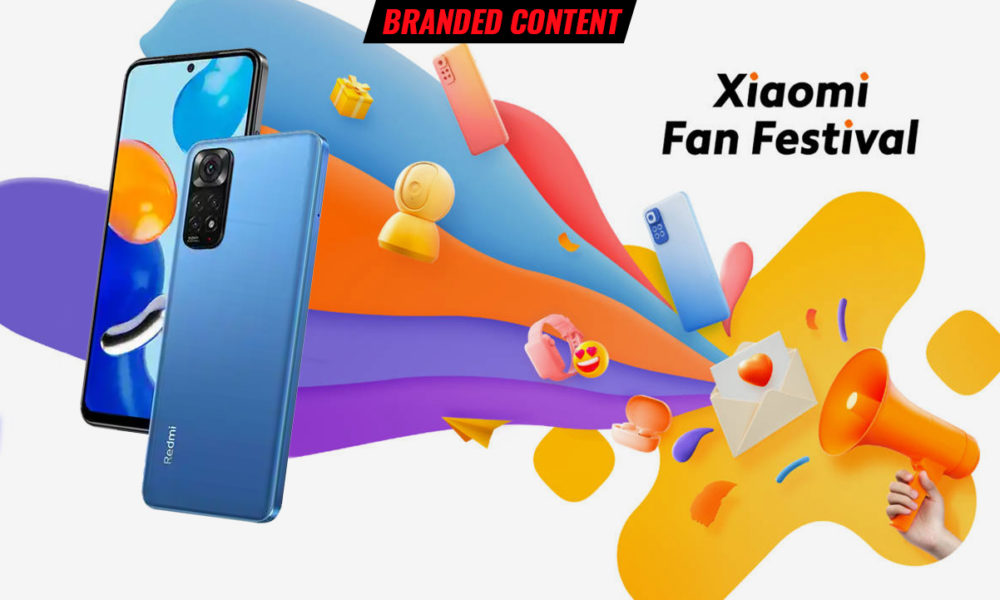 Renew yourself with the Xiaomi Fan Festival discounts on ebay Spain