Microsoft has announced Windows 11 SE, a special edition of Windows 11 specially optimized for the education sector and that will come pre-installed in very cheap laptops from Microsoft itself and other partners such as HP, ASUS, Dell, Acer or Lenovo.

We teased it a few months ago when it appeared in a leaked Microsoft documentation and here it is. Windows 11 SE is another attempt to curb the huge market share that Google Chromebooks have achieved in the educational segment. It is a development that follows the line of blocked / limited versions from the Windows RT that came with the Surface RT tablet, to the last Windows 11 in S mode. However, is different from this and the Windows versions for ARM as we will see below.

According to Microsoft, «Windows 11 SE was designed and built during the pandemic to address the most fundamental challenges schools will face in the world of blended learning.«. His approach and motivations are clear and they go more by the management that by the own use of the operating system: «for teachers who need a simple, distraction-free environment for their students and for school IT administrators who need devices that are secure, easy to deploy and manage, and that perform well all day in changing school conditions«.

Obviously, it is not intended for the general public and in fact, Microsoft won’t release it for consumers, limiting it to OEM manufacturers who will pre-install a good number of it on their computers, based on really cheap laptops that will be sold in the $ 200-300 range. Also, these teams will not be available in the general retail market, only in specific channels. What you can do is buy a laptop with Windows 11 SE, delete and install a full version of Windows 11. 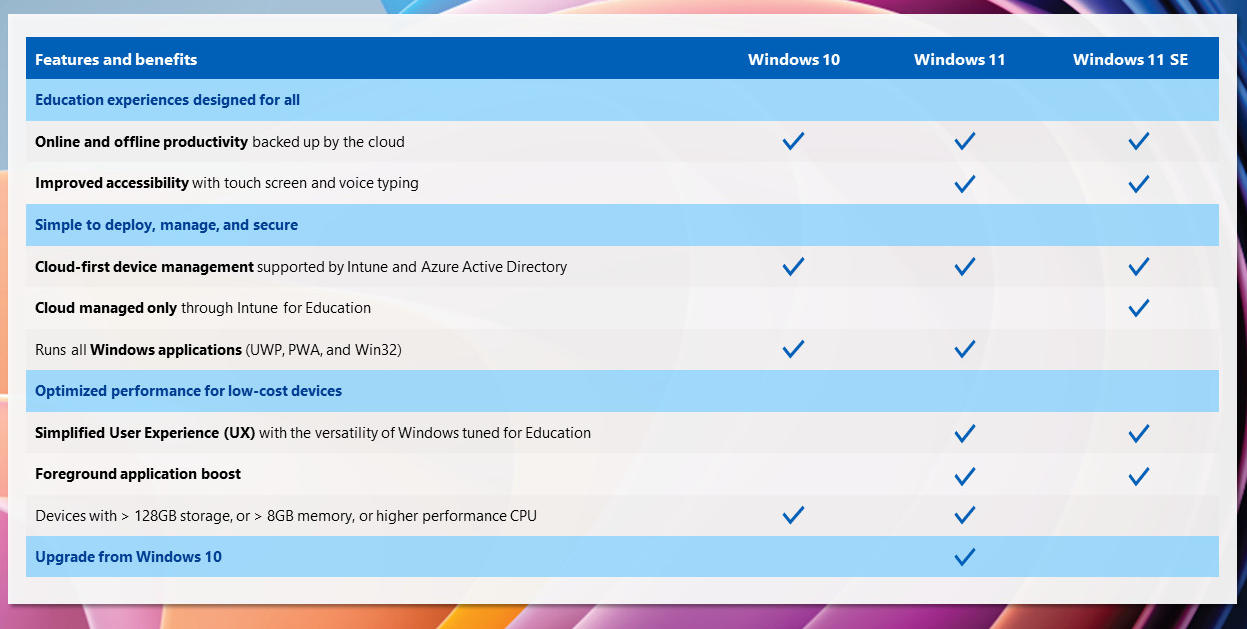 Regarding the differences between Windows 11 SE and Windows in S mode we can point out:

In summary. Windows 11 SE is a special version dedicated absolutely to the educational environment. Even more limited when it comes to installing and running applications than the “S” mode, it does not offer any interest to the ordinary consumer and in fact Microsoft itself does not recommend its use outside the educational segment. What will be possible is to purchase a laptop with this system and install a standard Windows 11 license. We will see the first teams with this system in future articles.

Razer Kraken V3, the headset with multisensory immersion in games

5 reasons you have to see Ted Lasso