Windows 11 22H2 will be the next major update to the operating system and will deliver some of the new features we’ve been waiting for, Microsoft announced last night at an event focused on the “future of hybrid work” where it also presented new management and security capabilities for use in companies.

When Microsoft released Windows 11, many of us had the feeling that we were facing a unfinished project. A “Windows 10.5” that some media said, with a base that has already accumulated 21 years (since Windows XP), components developed for Windows 10X and visual and interface changes that seemed more novel than they really were. Too little to be the central point of “the new era for the PC” that Panos Panay promised.

In general, a necessary ‘tuning’, but not the promised revolution and that it has been left for a better occasion. The development should start from the Windows Core OS project that abandons all legacy components, which would allow Microsoft to take the definitive steps to offer a “new Windows”, but for real. The task to support the immense Windows ecosystem in hardware and especially in software is Herculean and will have to wait.

With this in mind and pending the “revolution” in Windows 12 or later, Microsoft’s goal is to improve Windows 11 and add the news that was promised in your ad, but they did not arrive in the initial edition. Some of them have already been implemented in quality updates and others that are already being tested in the Insiders channel will definitely arrive in the stable version of Windows 11 22H2, the first major update.

The improvement of the internal applications of the system has been a constant since the launch and thus we have seen the renewal of the Notepad or the Windows Media Player. Now comes another long-awaited one.

Microsoft has officially introduced the new file explorer for Windows 11 and, finally, the expected tabs are added. It’s a standard feature in the Mac Finder, Linux managers, and third-party browsers. Microsoft tried it with the ‘Sets’ feature, but it didn’t come to fruition as it was too ambitious. In Windows 11 22H2 will be available, allowing users to multitask and move between different Explorer directories without the need to activate duplicate instances of the same app.

In addition to the tabs, the browser will have a new home page which will display files that were manually added to ‘favorites’ as well as recent files and a quick access area at the top of the screen. It will also have the ability to pin individual files (favorites) and offer contextual suggestions powered by the Context IQ used by Microsoft Editor to make it easier to find the files you’re looking for. 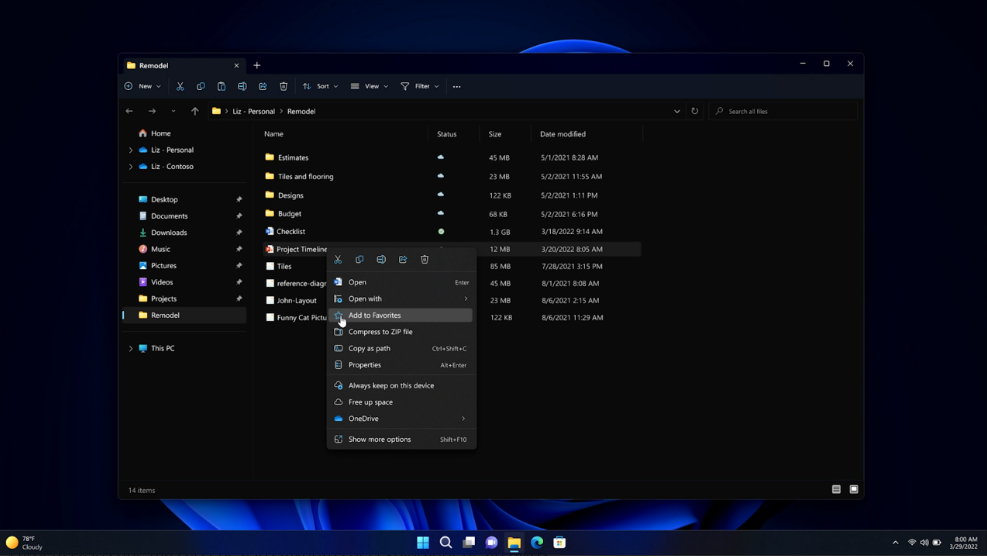 The new explorer looks good. A long-awaited renewal for a key component in every operating system. There is no news that this development could also reach Windows 10 and the truth is that it would come in handy.

They are the main elements of the user interface of any operating system and that of Windows 11 urgently needs improvements, since although it offers greater visual appeal, it has worsened usability compared to previous systems.

The announced novelties come from the capacity of create folders in Start menu dragging one app on top of the other. It is something that is present in mobile systems such as Android and will add greater flexibility of use and better organization. 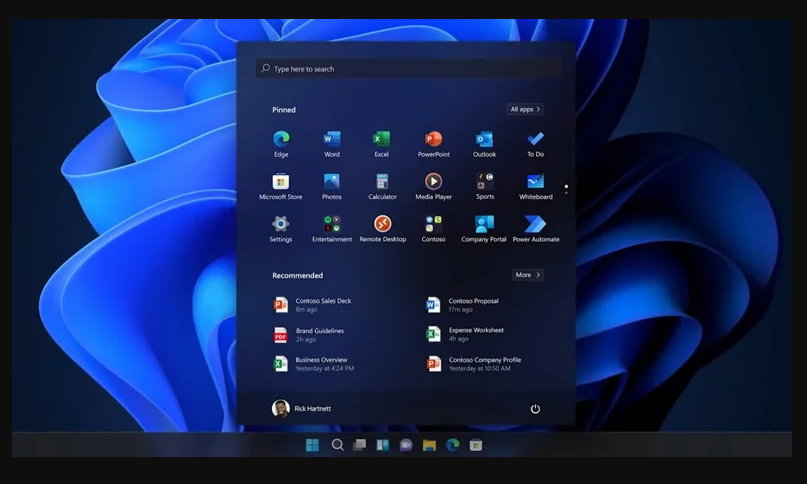 It has also been improved support for touch screens and 2-in-1 devices. When we go from laptop mode to tablet mode, the size of the taskbar will expand to make it easier to use with fingers. Once an app is launched, the taskbar will collapse to provide more screen real estate. If you want to access the taskbar again, it will simply be a matter of dragging up from the bottom of the screen. Or access the Start menu the same way.

We have not seen anything about another of the shortcomings of the current taskbar, the function of drag and drop present in Windows 10 and earlier and used to increase productivity in workflows, for example by dragging a file to a default pinned app so that it opens in it. Or drag applications to the taskbar to pin them, something that cannot be done directly since you have to go through the start menu first. We assume that Microsoft will solve it in the next update

Also confirms the introduction of the clock and date to the taskbar on secondary or multiple monitors, and necessary fixes to the Start, Search, Task View, Widgets, and Chat icons. The Widgets button has been permanently moved to the left edge instead of its original Windows 11 location and will display weather information, such as the current temperature, directly on the taskbar. If you don’t like it, it can be removed as before.

FocusAssist It’s been a hugely successful feature in Windows 11 (and Windows 10) as a great ally in the war against notifications that compete to steal our attention from work, games, and media when using the system. And it will improve on Windows 11 22H2 with greater filtering capacity of notifications and alerts thanks to a built-in focus timer that will limit notifications for a set period of time and a new “Do Not Disturb” feature that is used by default by users who don’t want to be disturbed when we’re producing.

Microsoft has also announced accessibility improvements for hearing impaired users. They are live subtitles (live captions) that can add closed captions for all Windows audio experiences using real-time text-to-speech transcription from any application running on your computer.

Another good part of the news announced are business functions such as those for voice and video chats and messaging, including support for AI-enabled noise reduction, auto-framing and eye-contact effects, though the latter will require an ARM-based Windows as it takes advantage of the processor unit Neural of Qualcomm chips.

One of the new features will be the phishing protection enhanced through Microsoft Defender SmartScreen, a cloud-based anti-phishing and anti-malware service. With SmartScreen built into the operating system, Windows users will be warned when they enter their credentials into malicious apps or hacked websites. 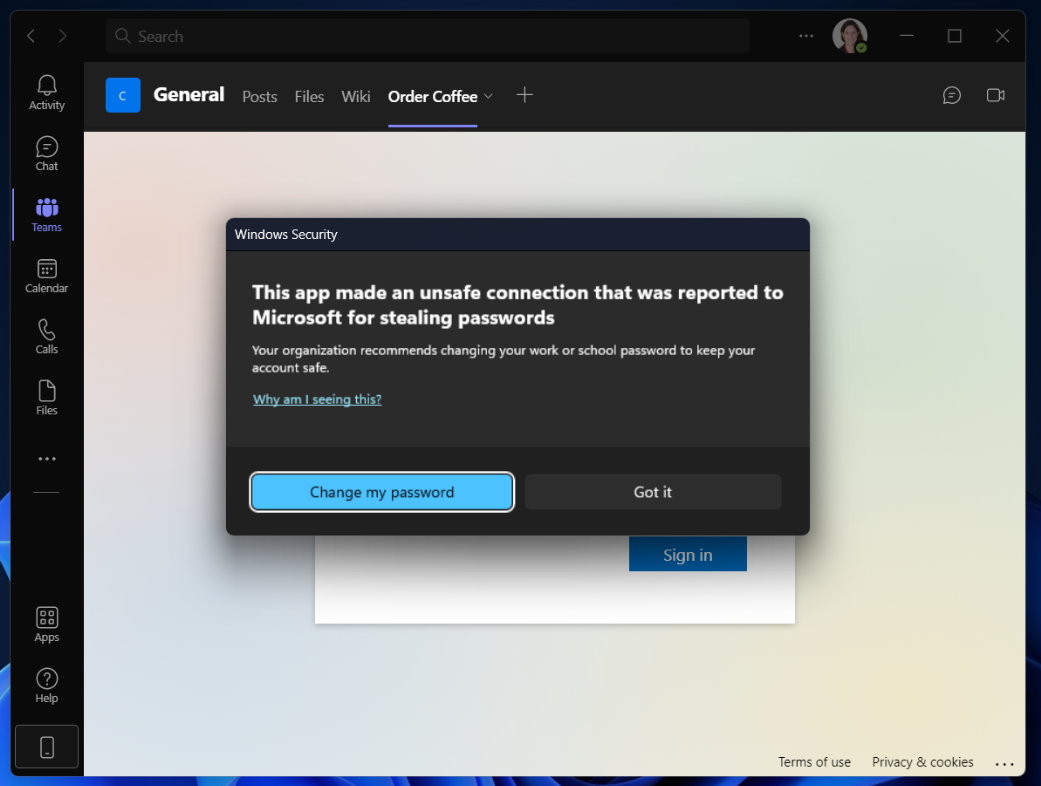 Another addition is a function of personal data encryption which will protect users’ files and data when they are not logged into the device by blocking access until Windows Hello authentication is complete.

Windows 11 customers will also be able to enable a block list of vulnerable drivers from Windows Defender Application Control (WDAC). Other security enhancements to protect accounts, devices, and apps will come from SettingsLocka feature that blocks security settings from automatically reverting if end users or attackers try to change them.

There are quite a few changes and improvements in cybersecurity, although most are focused on the business segment. Also others like Windows 365 offline capability and a native suite app to allow users to open their Cloud PC from the Start menu or taskbar.

There are other minor functions that we will tell you about and other large expected ones such as the Android subsystem for Windows and the revamped Microsoft Store that should be fully implemented for the launch of Windows 11 22H2 whose final version is expected next fall. A necessary update as an improvement on all of the above, but as we said on the same basis. The revolution will have to wait.

The Xiaomi 12 Pro is worse in photos than the iPhone 13 Pro, according to DXOMARK

GTA remastering is inevitable, or so we want to believe