The Redmond giant has confirmed, through references present in the optional update KB5015684, that it is working on Windows 10 22H2a major update for Windows 10 that will arrive at the end of this year, probably between the months of October and November, and that will extend the support period for said operating system, as has always happened with this type of update.

It is curious that we are talking about Windows 10 22H2 when we have Windows 11 on the market, and even more so when we have already begun to see rumors about a possible Windows 12 for 2024, although the truth is that in this sense there are still many doubts, we do not know for sure if Microsoft really wants to launch a new operating system for that date. It is a possibility, but it is not confirmed, so we must take it carefully.

The important thing is that this means that Microsoft will not only continue to support Windows 10 until 2025, but also that this operating system will continue to receive updates that will introduce improvements and new featureswhich means that users of that operating system will have little reason to consider upgrading to a more current version, especially if their computer does not quite meet the requirements of Windows 11.

Regarding the news that Windows 10 22H2 will introduce, everything seems to indicate that it will be one of the most modest major updates that Microsoft has released for said operating system. It deserves to be considered an important update because it will change the version of Windows 10, will increase the support cycle and bring new features, but at the same time we should not expect very large improvements in this regard.

This has a positive side, and that is that the update to said version should be done quickly, safely and without problems, at least in theory, since we already know what happens on many occasions with Windows 10 updates, and recently problems have been reconfirmed.

It is said that most of the new features that will be introduced by Windows 10 22H2 are already installed, although in a dormant state, on all computers running Windows 10 2004 or higher. We do not have a complete list of changes, but the most interesting news of Windows 10 22H2 would be focused on productivity and securitywhich means that professional users will benefit the most from this update. 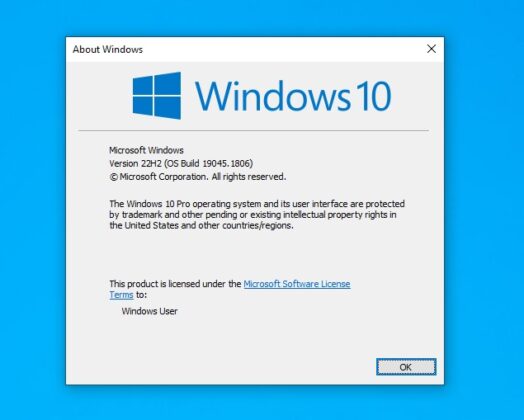 For general consumer users, it appears that Windows 10 22H2 will only introduce minor changesbug fixes, and other minor improvements that might be security-focused.

Windows 10 and Windows 11 will continue to coexist for the next few years, although if the launch of Windows 12 is finally confirmed in 2024, it will be interesting to see how the first ends its last year of life, an operating system that arrived in 2015 and that, as already we have said, it will be supported until 2025, which translates into a life cycle of 10 years.

We already know the possible new name of FIFA