«Man does not live on Windows alone…» and the DeskMini UM700 is a compact computer with internal hardware based on AMD’s Ryzen, which now launches Manjaro Linux as its operating system. And we’re highlighting it because there aren’t too many new teams pre-installing the free system.

Microsoft has a quasi-absolute dominance of the OEM channel and from there it obtains a good part of the Windows market share. And this is so because a consumer will not pay the 259 euros that a Windows 10 Pro license costs. Nor the 145 euros that the Home version costs. Of course, you can always opt for an offer like the last one we offered you the other day and for just 13 euros you get a Pro license. They are precisely OEM licenses, so cheap to maintain that great domain of the desktop.

Thus, there are very few manufacturers that offer Linux compared to Windows. This DeskMini UM700 is an interesting exception that has just been added by the Chinese brand MINISFORUM to its already extensive catalog of mini-PCs. It has very similar hardware to the version with Windows Pro and is an alternative to explore for those looking for other systems from the first start, without having to install it on their own or in dual configurations.

With a size of only 128 x 127 x 46mm, and weighing only 500 grams, they will take up minimal space in an office, desk or living room if you use them for home theater. Its main engine is a Ryzen 7 3750H. It is not the most advanced AMD APU, but it is a competent model for this type of equipment with its 4 cores and 8 processing threads up to 4 GHz and a Radeon RX Vega 10 GPU at 1400 MHz that allows content to be fed to up to three monitors simultaneously. .

It has two slots to equip DDR4 memory in dual-channel configurations of at least 8 Gbytes and a M.2 2280 module to mount solid-state drives as the primary storage drive. A 2.5-inch bay allows you to install SSDs or SATA hard drives for capacity expansion.

It has a good number of ports distributed on the front and back, including the HDMI and Display Port video outputs, along with a 2.5 Gbps Ethernet LAN, a USB 3.2 Gen 2 Type C port, three USB 3.1 Gen 2 Type A, another USB 3.0 and a jack 3.5mm for audio. It includes an Intel AC7265 chip that adds Wi-Fi 5 and Bluetooth 4.2 connectivity. 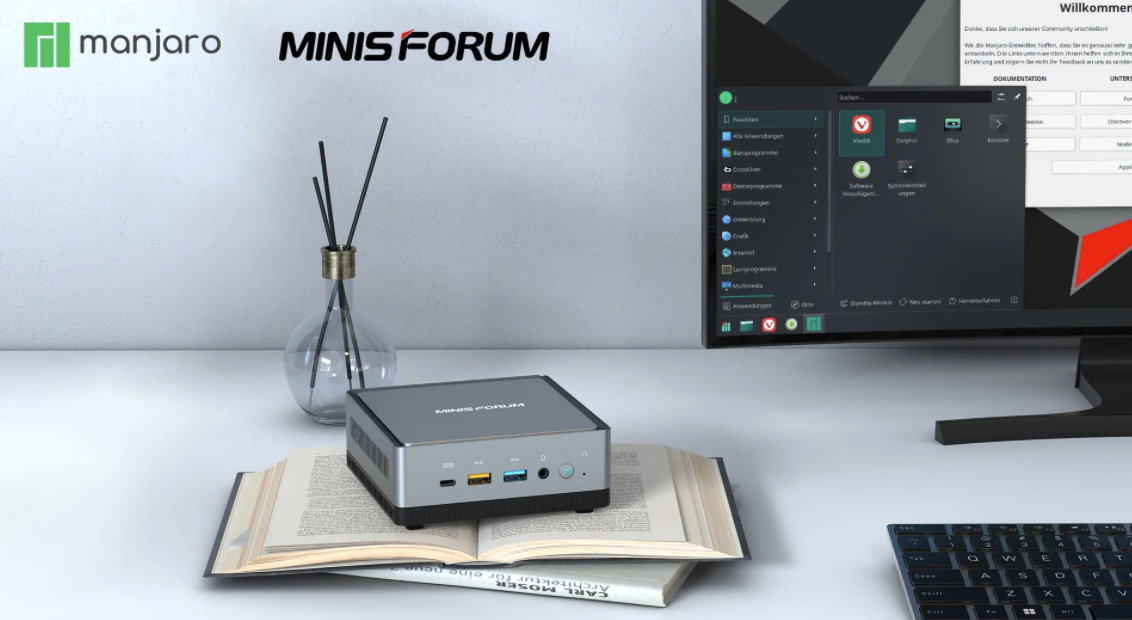 The manufacturer says that it will give the first 1,000 buyers a license for CrossOver, a software that allows running some applications and games on Linux.

What is the largest LEGO in the world?

Attack on Titan dates its final season Part 3 for 2023