MinisForum has announced a new addition to its line of compact computers. And it will be one of the most powerful in your catalog by including AMD Ryzen 5000X series processors and dedicated graphics.

Mini-PCs are very interesting equipment in usage scenarios where space (or lack thereof) matters. They can motorize consumer computer desks, offices or living rooms for uses such as home theater. And in recent times at a very good level of performance and connectivity.

The new from MinisForum mounts a motherboard based on the AMD B550 chipset, which gives the option to equip processors from the Ryzen 5000 series, including the 5600G and 5700G, as well as more powerful ones such as the 5600X and a Ryzen 9 5900X which with a whopping 12 cores is an impressive performance model for a mini-PC.

Taking into account that it does not include integrated graphics, you will have to mount a dedicated further increasing its performance. Of course, to maintain consumption, the options are limited and it is You are likely to use a mobile form factor GPU with power ranging from 35 to 150 W, depending on the model. With 16 Gbytes of DDR4 memory and solid state drives connected to the PCIe 4.0 interface, the internal hardware section will be high profile.

Other highlights they will be the liquid metal-based cooling system for the CPU, just like previous models like the HX90 and HM90. Your power adapter will be 120 watt gallium nitride. All this power will make this model a little larger than the average in Mini-PCs, while maintaining the restraint to place it anywhere: 16.6 x 15.8 x 6.7 cm high.

The section of the connectivity It will be well covered, with Gigabit Ethernet, two HDMI ports, another Display Port, two USB Type-C, another four USB Type-A Gen 2 Type-A (10 Gbps) and the corresponding ones for audio, speakers and microphone. 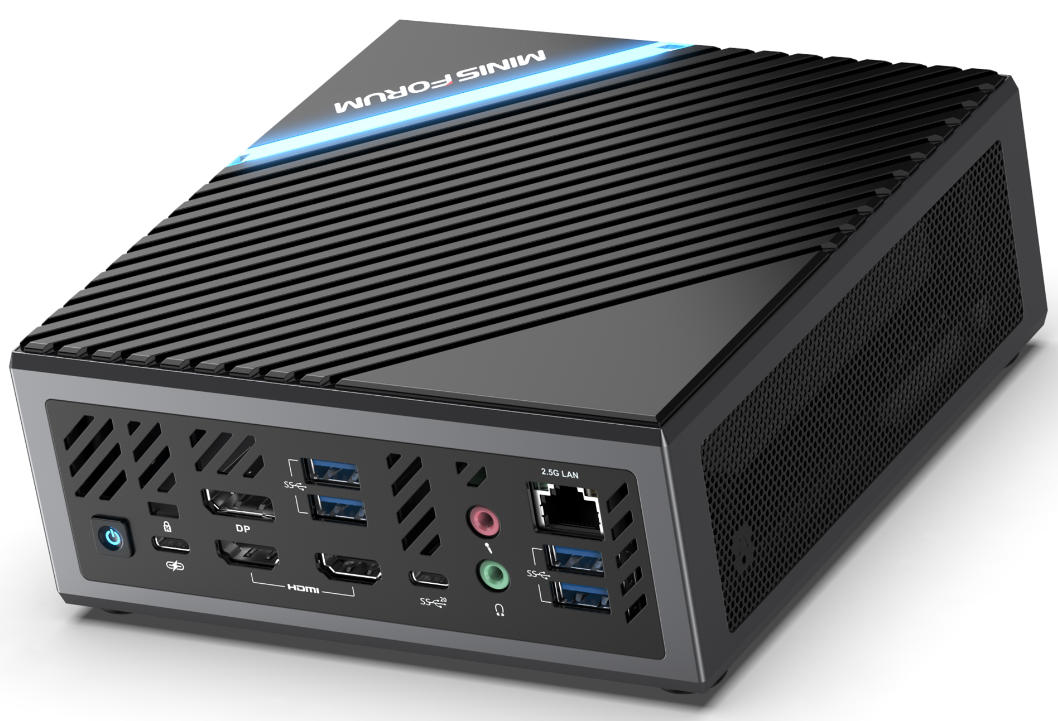 We suppose that MinisForum will market this model in several versions, starting with those that use a barebone format to lower their price and that it is the user himself who mounts the memory, the storage and chooses his own operating system, Windows or a GNU / Linux distribution. It will also offer full versions with Windows 10 pre-installed. We do not have prices, but with the full configuration we suppose they will not be cheap, but they will be very powerful, at the level of the most powerful Intel as the NUC Extreme themselves.

Does your Steam Deck make a lot of noise? The next update might fix it.

These are the most controversial YouTubers you can come across online