AMD GPUs under RDNA 3 architecture will not appear until 2022, as much as possible under the name of AMD Radeon RX 7000, but what is clear is that compared to a few years ago AMD has been recovering lost ground against NVIDIA, but still they have things to do. In recent days, a series of famous insiders have been releasing information about the third generation of the RDNA architecture in a way that seems almost coordinated.

Will AMD RDNA 3 be more efficient than NVIDIA Lovelace?

At least this is what Greymon55 says, one of the insiders who has proven to be a reliable source of information about all the plans of the company led by Lisa Su, and he did so with a tweet as explicit as it was brief a few days ago. Basically it implies that although both NVIDIA Lovelace and RDNA 3 will have high energy consumption, RDNA 3 will be more energy efficient. Which has a very simple explanation, AMD has optimized RDNA 2 so that the architecture can go as an integrated GPU in future PC APUs, work that had already started with the design of the SoCs for the next generation consoles.

Don’t be optimistic about the power consumption of the next generation of graphics cards.

If the Navi31’s cache reaches 512MB, that does explain why the bitwidth remains at 256bit.

The other key information Greymon55 gave us was the increase of the Infinity Cache from 128 MB to 512 MB, remember that the Infinity Cache is what we call a “victim” cache in charge of adopting the cache lines discarded by the L2 cache in the GPU. So that in this way the recovery of the data can be done with a consumption of less than 1.5 pJ / bit and not of 7-8 Pj / bit if it is in RAM.

Returning to the present, Greymon55 has released more information about Navi 31, apparently there are two specifications in conflict right now. Both are a double GPU joined from a silicon bridge and are seen by the CPU as a single GPU. As we mentioned in our analysis of the AMD patent, but it seems that AMD would have two different designs, both using a 256-bit GDDR6 bus, so AMD would not adopt the GDDR6X in the next generation of its GPUs. .

On the other hand, Yuko Yoshida has dropped information from Navi 33, which will finish its design and the possible configuration of Navi 31 with a cryptic 6 x 10, which can be interpreted as 60 WGP that make 120 Compute Units. Given that the configuration per Compute Unit is 64 “Stream Processors” or ALUs in FP32 this would make a total of 7680 ALUs in FP32 within the Compute Units of RDNA 3. What has been the surprise? Well, Kopite7kimi, another insider of the industry, but more specialized in NVIDIA has let go another figure:

A figure, which is double and that would mean that for RDNA 3, AMD would have adopted in RDNA 3 the same NVIDIA strategy of doubling the number of ALUs in FP32. Which results in an important change in terms of architecture with respect to the current RDNA 3. 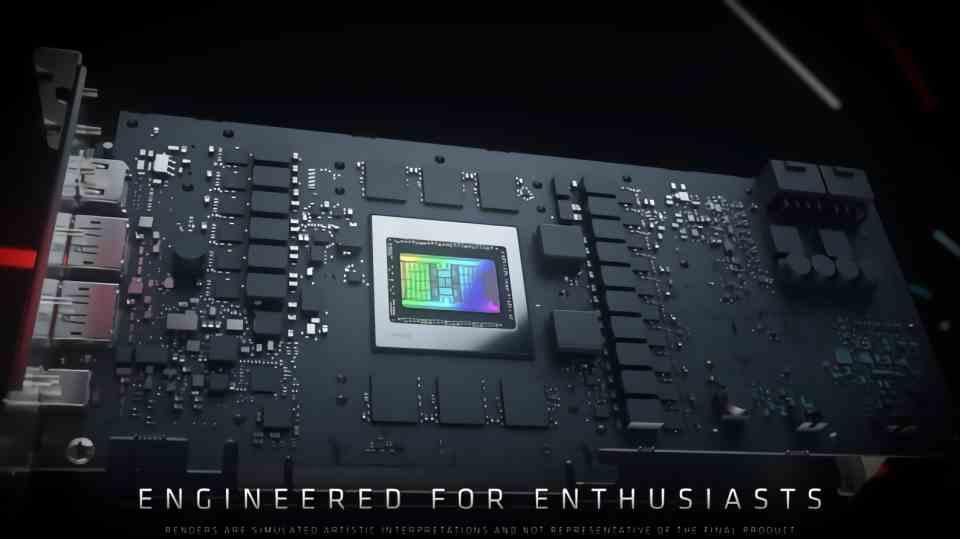 Apart from the details about Navi 31, additional details about RDNA 3 and specifically about Navi 33 have been leaked. Unlike the Navi 31, it will be a monolithic design and therefore based on a single chip. What do we know again? Well, two things, the first of which is that the GPU will begin production at the end of this year, the second is that they will use the TSMC 6 nm node instead of the 5 nm node. Which would explain the reason why it would be launched before the rest of the RX 7000 range.

240W USB-C cables can now be purchased in stores

Are you going to install Linux on your PC? Avoid surprises This is how AMD’s Ryzen 9 6900HS APU performs. Have they overtaken Intel?