At the end of November we talked about the new Stepping that AMD’s Ryzen 5000 CPUs marked as B2 would have. A few months of silence where the company started shipping these “new” CPUs and boom! We already have the first data: more frequency in overclocking, less temperature and less consumption, why haven’t they come to the scene before? So are the Ryzen 5000 B2.

There has not been much information from Lisa Su with this new Stepping, but the truth is that there are usually no announcements about it and we the users who end up seeing that the red or blue team have released new revisions. This is not the case and rightly so, since there are serious news for these Ryzen 5000 B2.

It is not that the Ryzen 5000 are processors that tend to go up a lot in themselves, but at the moment they have more margin than the current Intel when doing it in all cores. What has been discovered by Shamino, an ASUS professional overclocker who has shown the differences between the current Stepping B0 and the new one B2.

The best thing about all this is that being an internal revision, the CPUs with B2 are not different from the B0 for the future. motherboard firmware/BIOS/UEFIso they are installed without further ado, without updates in between, they are detected the first time.

With this in mind, it is quite attractive to know that, for example, in terms of RAM, the new B2 processors can scale without too many problems to DDR4-4100 speeds, which, knowing how dependent Zen 3 is on this component, is a step forward that will boost performance.

In addition to this, which is already interesting in itself, the Ryzen 9 5900X B2 that was tested on small samples of this stepping showed a mean of 9º C less than their B0 counterparts. This is driven by a dramatic reduction in 30 wattswhich together result in nothing less than 60MHz lower stress on all cores under overclock, which went up to a whopping 5,150MHz under RL custom.

Why wasn’t this Stepping B2 released on the Ryzen 5000 sooner? 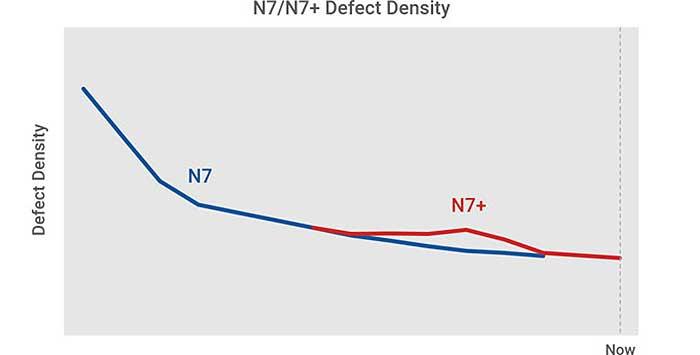 It is a great question which at the moment has no answer. AMD has not named any improvements in the architecture, so we understand that such advances must be established in the framework of an update of the 7nm node, surely the so-called N7P + from TSMC, also known as N7+ to dry.

This node was not available a year ago, and what we know about it is that it integrates EUV technology (we don’t know how many layers), which the company claims has a lower defect density rate than the original N7 process, which should give a result like improved efficiency and frequency compared to its first version.

Precisely what we have seen in this article and that, on the other hand, will be what users will see shortly. However, there is no mention of the improvements that this Stepping will have with a stock CPU, although it is expected that we will see numbers that are not so large since the overclock makes the values ​​grow exponentially depending on the quality of the chip.

You only have to look at the binnings and batches used in overclocking to catalog its capabilities. This Stepping B2 in the Ryzen 5000 is just that, but officially done by AMD. We will be attentive to what arises to determine said stock improvements.

Microsoft wants to end VLC: this is its new multimedia player

Why RetroPie is such a popular operating system for Raspberry Pi