The difficulty of switching between browsers in Windows 11 has been a controversial issue since the launch of the operating system. Microsoft made relevant changes compared to the previous ones by proposing the choice for each type of extension and protocol associated with the browser separately and not in a general way as in previous systems.

The company explained it as a way to offer greater customization, but most of us understood it as an added difficulty for the use of alternatives and in general for respect the free choice of the user. And this is so because all the browser extensions and protocols open by default in Microsoft Edge and also those of other applications and system tools that focus on that browser and cannot even be changed.

It must be said that the controversy over the choice of browser in Windows has been going on for decades. Now, just like then with Internet Explorer, the accusations are the same: Microsoft takes advantage of the immense share of Windows on computer desktops to drive adoption of your browser (and other services and applications) through so-called “dark patterns” or other techniques that by action or inaction make it difficult to use third-party solutions.

Like that of blocking legal applications like MSEdgeRedirect that precisely allowed the choice of the browser or with the warnings about Google Chrome that are at least questionable. 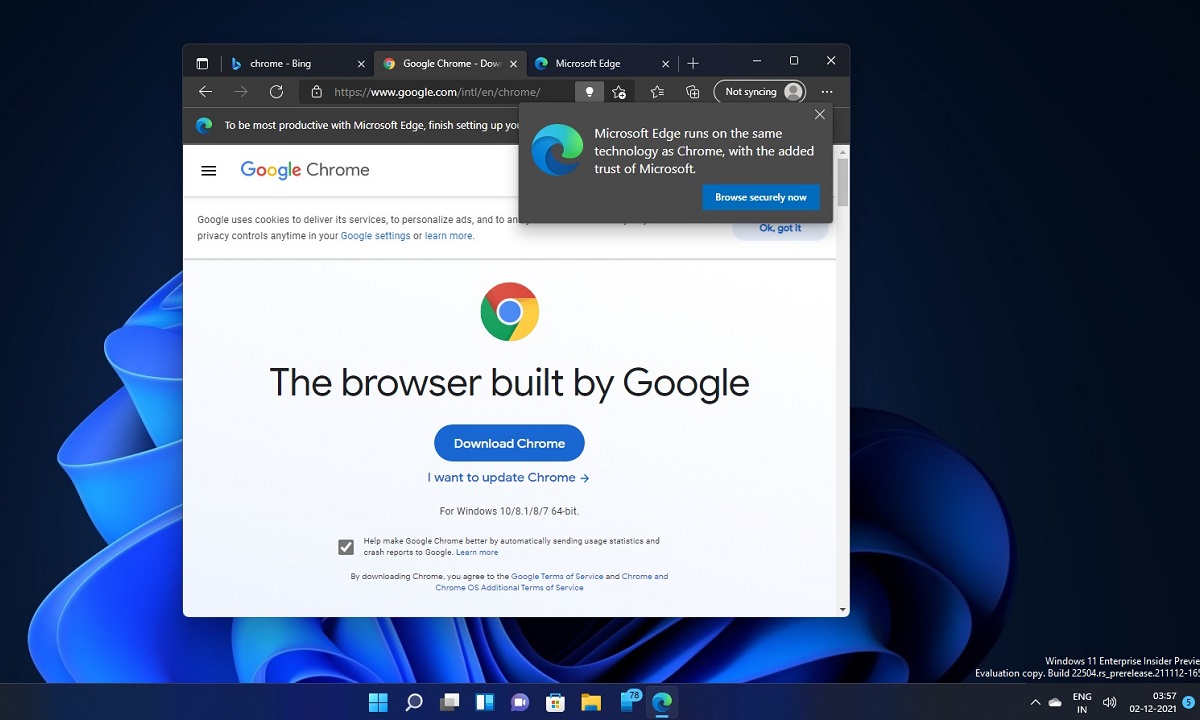 Heeding the latest complaints, Microsoft recently made it easier to switch browsers with the KB5011563 update, but according to some of its competitors it’s not enough. One of them has been Mozilla, responsible for Firefox, which while acknowledging the improvements, asks that Microsoft does more to respect browser choice default in Windows 11:

“Microsoft’s changes that improve the default browser settings experience are a step in the right direction. But more can be done to respect the choice of default browser in Windows. Users should have the ability to set defaults simply and easily, and all operating systems should be able to offer official support so developers can set them as default.”.

“In practice, we would also like to see progress in reducing the number of steps required to set a new browser as the default, and in opening and making APIs available for applications to set defaults used by other browser applications. Microsoft».

Mozilla comes to ask for a browser choice window that Microsoft already had to implement when regulators threatened sanctions. And also that users can choose the browser they want to open from other Windows applicationsas it happens in Windows 11 with the Widgets links.

You already know our opinion. Microsoft Edge is a great browser (the best ever produced by Microsoft) and to increase its degree of adoption you don’t need tricks, dark patterns or any non-transparent techniques used by the Redmond firm to take advantage -unduly- of the market share of Windows.

Xiaomi Redmi Note 10 and 10 Pro cheap: where to buy them at the best price?

Poco M4 Pro 5G, specifications and price of a new mid-range to the last, but affordable

LG StandbyME, for those who want to take their television everywhere

Battlefield 2042 does not lift its head: More than 100,000 people ask for returns on all platforms