If you like to listen to music with the highest possible quality, you have surely heard of the MQA format. Streaming services like Tidal have made it very fashionable and in most HiFi equipment we can already see the MQA logo in its list of features. However, do you know what it is? Do you know what it offers or how you can enjoy it? Do you think that all teams are capable of getting the most out of it? in this articles We are going to clear up all the doubts you may have about the fashionable format in streaming services.

The creator of MQA was Bob Stuart, an electronic engineer who also studied psychoacoustics and who founded the Meridian company in 1977. Stuart became interested in sound reproduction at the dawn of digital, which led him into the field of coding for its distribution. In collaboration with Peter Craven and Michael Gerzon, Stuart inspired the development of lossless compression. His most recent work includes, as we mentioned, the development and founding of MQA.

And after a bit of history, let’s see what MQA really is. MQA stands for Master Quality Authenticated. We ourselves have named MQA as a format just a few lines ago, but the truth is that it is not just a sound format or a file type. It is a technology that encompasses the creation and reproduction of sound files.

Based on scientific research into how people hear, MQA technology captures and authenticates the sound of the original master recording and packages it into a file small enough to stream or download. That is to say, is an audio coding technology that seeks to offer small files but with high sound quality.

MQA too incorporates a “fingerprint” which guarantees that in all phases of processing, from recording to playback, MQA technology has been used to preserve the quality of the sound when reproducing it. This means that the correct reproduction of the format does not only depend on the creation of the file or the streaming, but also on the audio devices that we will use to reproduce them.

So is it a lossy or lossless format? To answer this question it is interesting that we know exactly how this technology works. The creators of the MQA were looking for a way to get the master recording to the listener, thus providing the original sound directly from the studio master. But the idea was to do it without the need to use large files, for which they invented what they call «Music Origami«.

Using a “folding” technique, this method is able to pack information efficiently to retain all the details of the studio recording. According to data from its creators, while an MP3 file retains only 10% of the recording data, the MQA preserves 100% of the original recording. 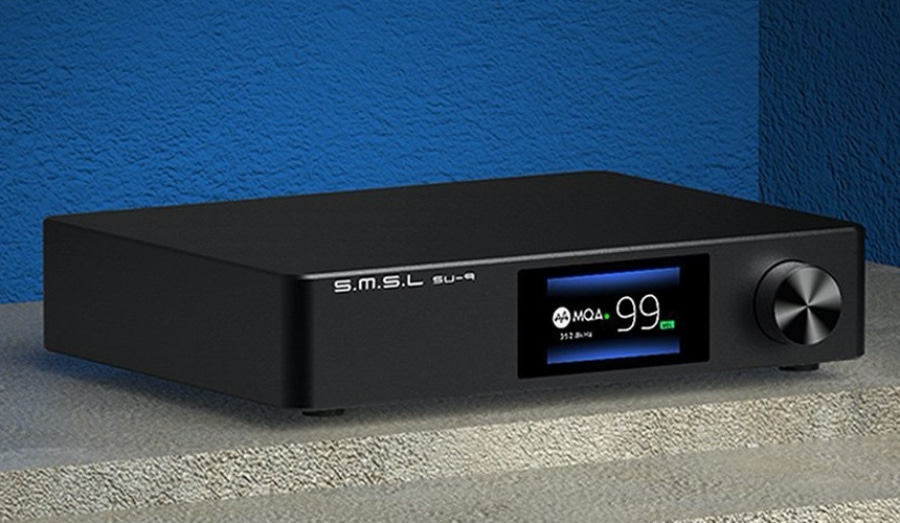 The second part of the process would be the deployment of the generated file, whether it is a downloaded file or a file streamed through a streaming service. To make it even clearer, the operating process of the «Music Origami» technique would be as follows:

However, not all computers are capable of “deploying” or accessing the MQA file in the same way. It could be said that we have three levels of deployment of this type of files, which depend on the capabilities of the receiving device. This means that this format is not heard with the same quality on all compatible devices.

If the receiving device of the file or streaming service is level 1, known as “MQA Core Decoder“, you will be able to “deploy the file once”, which means that you will be able to play the files with this format with, according to the creators, a quality higher than that of the CD. More specifically, this “first deployment” retrieves all the direct information related to music and offers an output of 88.2kHz or 96kHz.

We find this type of decoding in products such as some Pioneer and Onkyo players, desktop and mobile applications such as TIDAL or multimedia players such as Audirvana or Roon. 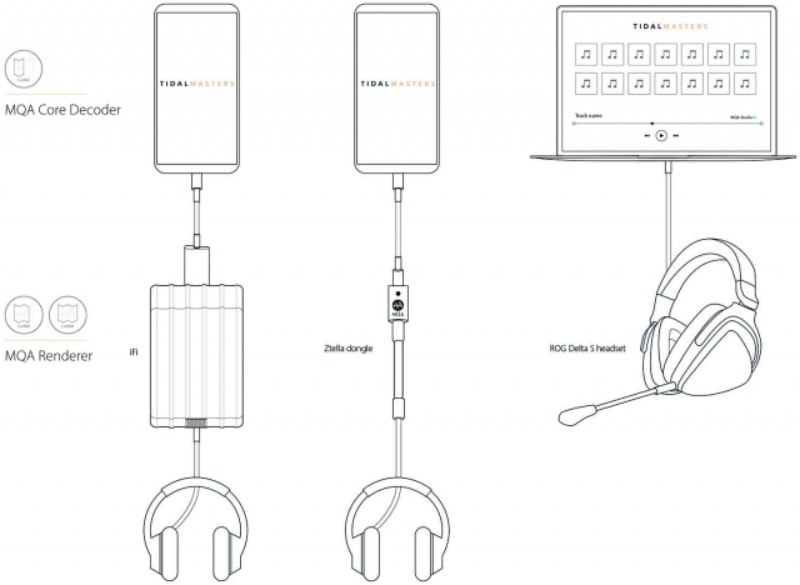 At a second level we have the “MQA Renderer”, products that have an MQA renderer. This is combined with the “MQA Core Decoder” to complete the final deployment and offer a fully decoded experience.

Renderers can be products like USB DACs, portable DACs, or even headsets that have the system built in, like the ROG Delta S. That is, these only perform the final part of the deployment, being the “MQA Core Decoder” the one that has to carry out the initial deployment.

The third level is “MQA Full Decoder”, products that include a full MQA decoder. They are devices that are capable of performing the complete decoding process of “three displays” internally. As you can imagine, they are the ones that achieve the highest possible sound quality, with up to 384kHz. According to those responsible for the technology, at this level of reproduction the user will be able to listen to what the artists created in the studio, with precise compensation and management of the file and the specific DAC of the platform.

The highest quality is achieved thanks to this level is the only one that has the footprint that allows to authenticate that the file that is played has been created respecting the protocols of the MQA technology in all its steps. Among the devices that have this system we have streamers and integrated amplifiers from manufacturers such as Bluesound, Brinkmann, dCS, Meridian, Mytek, NAD, LUMIN, Onkyo, Pioneer, TEAC and Technics.

Do I need an MQA device to play these types of files?

To reproduce them no, since MQA files can be played on any device that supports FLAC. However, if we do not have an MQA compatible device we will not take advantage of the full potential of this format, since it will be played with a maximum of 96kHz (level 1).

What device are capable of working with MQA? Well, the truth is that more and more. We have everything from portable DACs from manufacturers like AudioQuest to integrated amplifiers with built-in streaming services like the NAD M10, as well as desktop DACs like iFi NEO iDSD, which incorporates an “MQA Full Decoder”.

If we have a compatible device, we will need the files or a streaming service that offers this format. The best known is, without a doubt, Tidal in its HiFi version. And, of course, we are also going to need a sound system that is capable of offering high audio quality in order to appreciate the difference with lower quality sources.

Is it worth betting on him? MQAs? In the audiophile community, as with almost everything, there are opinions for all tastes. Some users claim that they notice an increase in quality compared to other formats, while others directly say that “it’s a scam”. What is clear is that betting on a team and a service with MQA make sense if, for example, we usually use a lot of streaming music. Or if we don’t have access to high resolution files in uncompressed formats of the music we like.

Horeca demands professionals with a business vision and adaptability