SPATIUM M480 Play is the new SSD that MSI has presented. The Taiwanese manufacturer focuses it on expanding the storage capacity of the PS5, but it could really also be used on PCs like other units in this series.

This solid state drive uses a standard M.2 2280 form factor and connects to the PCIe Gen4 interface. Waiting for the Gen5 to appear, it is the one that offers the most performance and the MSI unit promises sequential transfer speeds of up to 7,000 / 6,800 MB per second in read/write modes respectively.

The SPATIUM M480 Play has 3D NAND flash memory “high quality and high density”, promises the manufacturer, although it does not reveal who is the supplier of the memories. It supports the NVMe 1.4 protocol and features performance-enhancing technologies like a DRAM cache buffer and an SLC cache whose capacity we don’t know.

The unit has a aluminum heat sink which is designed to fit the PlayStation 5 console, although as we said it could be used on PCs for games or content creators. You already know that these high-performance units get quite hot and it is almost mandatory to mount some type of heatsink, be it the one provided by the manufacturer of the SSD or the motherboard, which is also usually included in the high-end.

MSI’s SSD will be distributed in storage capacities of 500GB, 1TB, 2TB, and 4TB to suit all needs. It supports a wide range of data error correction features, including LPDC ECC and E2E protection that provide a high degree of endurance to terabytes written that you will know as TBW. 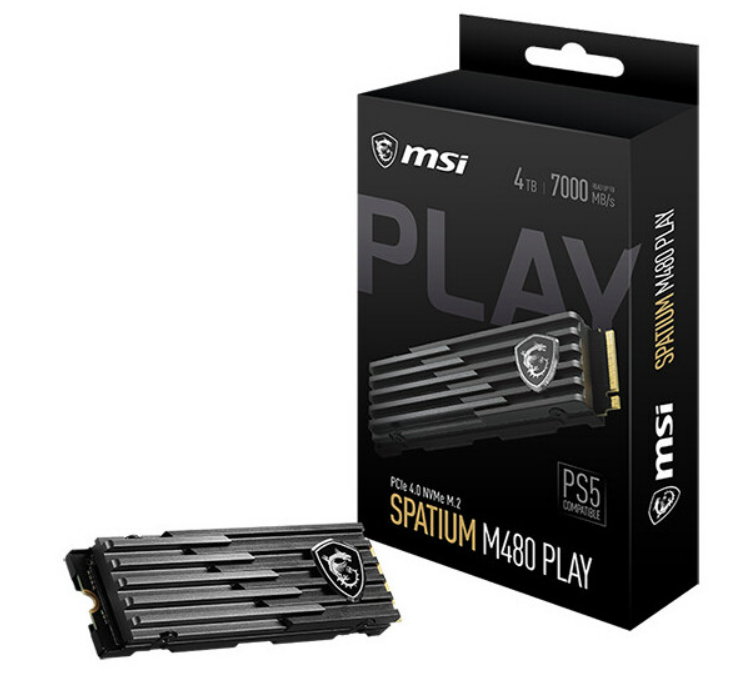 The unit is backed by a 5 year limited warranty. Prices have not been provided, but they must be in the average of the SSD sector whose offer is already very wide and focused on those that use the PCI-Express standard. The next, the Gen5, are expected later this year.

Halo Infinite: a mod allows you to play in the 3rd person and it’s magnificent

iOS 16: Apple will improve the Concentration mode of iPhones