Netflix intends to stop the bleeding of users with a cheapest plan that includes advertising. The idea seems to have aroused the skepticism of the majority before the possible limitations that it could carry, which could not only affect the content that one would access, but also the characteristics.

The platform currently offers three plans for Spain: the basic one costs 7.99 euros, allows viewing on one screen at the same time, downloading to a single device and supports a maximum resolution of 480p; a standard plan that for 12.99 euros doubles the number of screens and devices and raises the resolution to FullHD; in addition to a premium plan that for 17.99 euros quadruples the number of screens and devices offered through the basic plan and adds support for 4K along with HDR.

If Ted Sarandos, co-CEO and head of content at Netflix, said that the plan with ads would not have all the content on the platform available to them if it had been launched last July, now it is beginning to spread the possibility that downloading content for offline viewing would be limited to users who subscribe to ad-free plans.

The loss of the download feature may not be serious for those who tend to watch the content from a television and with a good Internet connection, although there is also the difficulty of putting advertising in the downloaded content to view it offline. 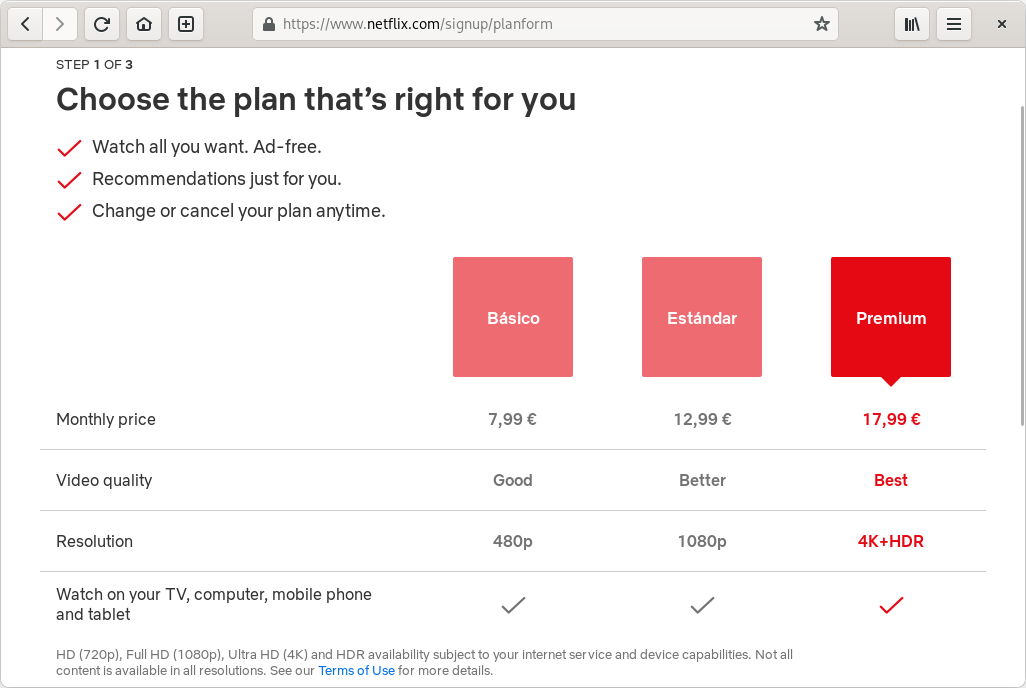 It seems that Netflix has quite outlined its cheap plan, which would see the light in the year 2023 and will have Microsoft as an advertising intermediary. The conditions under which it would be launched do not seem to excite the majority, and it is that a cheap plan with advertising can be of little use to you if it does not have enough incentives to subscribe to it, especially seeing the fierce competition that exists in the sector.

On the other hand, Netflix is ​​immersed, at least in appearance, in an excessively short-term strategy with which it seeks to come back as soon as possible. Such a strategy is apparently intended to satisfy shareholders more than users, which could explain its tendency to produce and publish infective junk, despite the fact that even today it may have quality details.

Google Pixel: Netflix is ​​still blocked at 540p, 8 months after the bug