Apple continues to sponsor its series and original content on Apple TV + especially now that Christmas is approaching. These dates are always a good time to attract new subscribers with the hook of new quality content. For this, the American company has just launched what is a new trailer for the series The Tragedy of Macbeth It will be released later, according to forecasts, in January.

A new clip of The Tragedy of Macbeth has been publicized by Apple through its YouTube channel. The sequence shows the murder of King Duncan. Directed by Oscar winner Joel Coen and starring Oscar winners Denzel Washington and Frances McDormand, the Shakespeare adaptation has been filmed in black and white. It will be available on Apple TV + from January 14. However, it will hit theaters earlier, at Christmas.

This is the first film written and directed by Joel Coen without his brother and fellow filmmaker, Ethan Coen. She is seen as an ambitious project and is expected to be a sure contender in awards season. It is not surprising that the best is expected from this production, because the cast is littered with gold statuettes and Coen himself houses nothing more and nothing less than four in his possession.

McDormand plays Lady Macbeth, and Washington is Lord Macbeth, in a stylized account of the play of William Shakespeare. Filming in black and white, Coen has also chosen to avoid any location footage, preferring what he calls the “unreality” of sound sets.

We will still have to wait a bit to see the premiere on Apple TV +, but in less than a month we will have it in the cinema.

Tomorrow you can have an iPhone 12 and cheaper 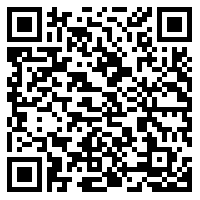 Design your own business cards: iOS apps that make it easy