The Wii classic returns, now for Nintendo Switch. It’s been more than fifteen years since Wii Sports hit the living rooms of people of all ages. Many years after that release, Nintendo wants to offer that same fun experience to current Nintendo Switch players and bring back those nostalgic times for all of us who play the legendary Wii Sports.

On April 29, the Japanese brand brought back this classic with the launch of Nintendo Switch Sports, with which you can again enjoy sports from home. We have tested the game to be able to share an analysis as complete as possible and encourage you to play it. Here’s the first look at Nintendo Switch Sports.

Six sports to play with friends

This time Nintendo makes us a delivery very similar to its predecessor, but freshen up in terms of graphics, settings and colors. Is about six sports in which we will find tennis, bowling, soccer, volleyball, badminton and chambara. Some we had already seen before in the Nintendo Wii version and others are completely new in this version.

All of these games are meant to be played with the Joy-Con controller. And on this occasion the movements of the players are so well detected by the sensor that you can play much more fluidly and accurately. In addition, you will have the option to play solo, as a couple or make a team of four, so you will spend incredible evenings with your friends, and best of all, it will be from the comfort of home. 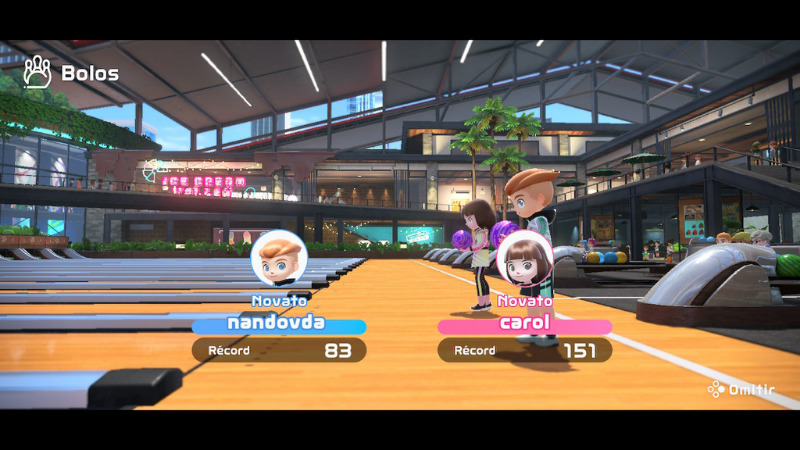 I must admit, bowling has been crowned one of my favorite games. In this game, up to four people can join together, although it will be necessary to have enough controls so that everyone can play. It is very easy to play, like almost all the disciplines that are presented to us. In order to do so, we must move the controller as if it were a real bowling ball and perform the same movement that we would do in real life.

In addition, we can also control how to place or turn our character before making our shot. On the other hand, the game has the option that the participants can play in turns or at the same time, dividing the screen in half, making the game progress more smoothly and waiting for your turn becomes less tedious. 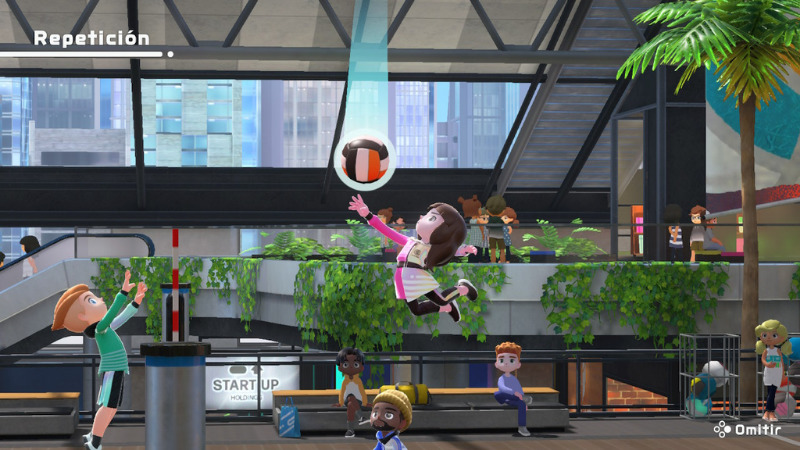 Up to four players can participate in this discipline with the split screen. The reason for this is so that everyone can be attentive to the actions of their characters. So the only thing that we will have to do are the movements to serve, pass the ball, block or finish. I should mention that cWith the split screen there is a small inconvenience when there are four people playing, since it is a problem if the television is not very large or the participants are too far from the television.

Besides, the confrontations will always be two against twoso if we don’t have four people to play the missing gaps, artificial intelligence will fill them in. 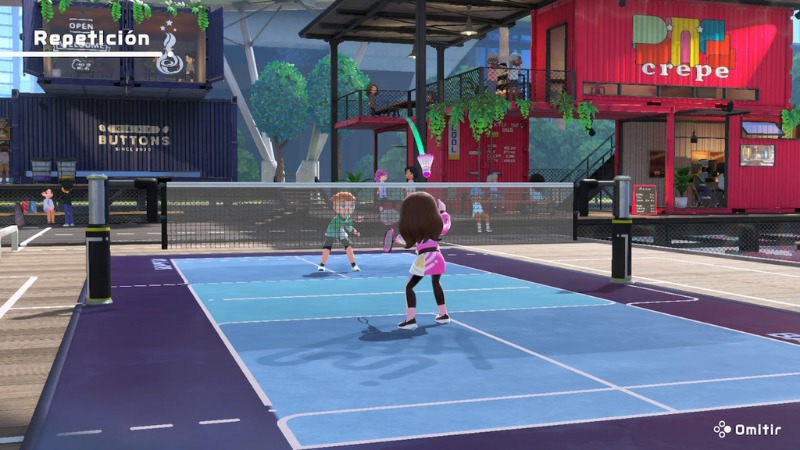 Another one of my favorite minigames! In the case of badminton, matches can only be played one against one. The pace of the game is very fast. because both opponents are hitting the steering wheel in a row. A tip that I give you is that you should seek make the hit at the right time because if you take too long to do it, your character will fall to the ground and you won’t be able to get up, making it impossible to respond to our opponent’s next blow. 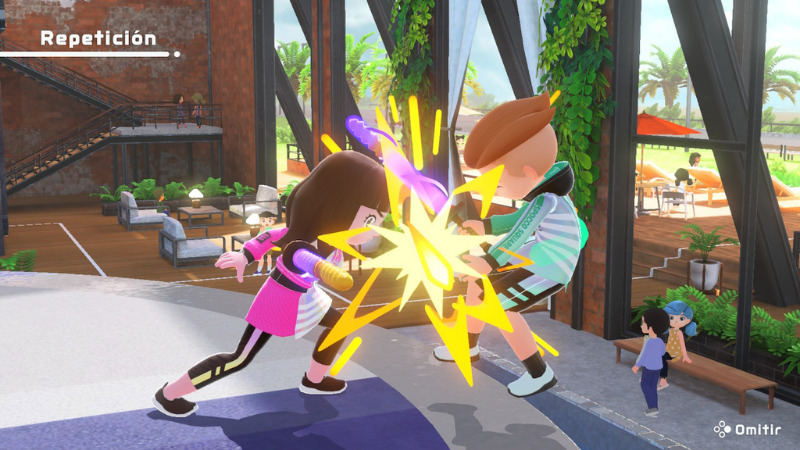 I must confess that it was one of the sports that did not enter my list of favorites, because despite the fact that we are presented with a tutorial that explains how to play, I consider that it was the hardest game to master. Here, the goal is to throw your opponent off the platform into the water below and win. However, despite the tutorials that the game offers, it is not very clear how we should place the sword to stop the impacts or attack the other player. 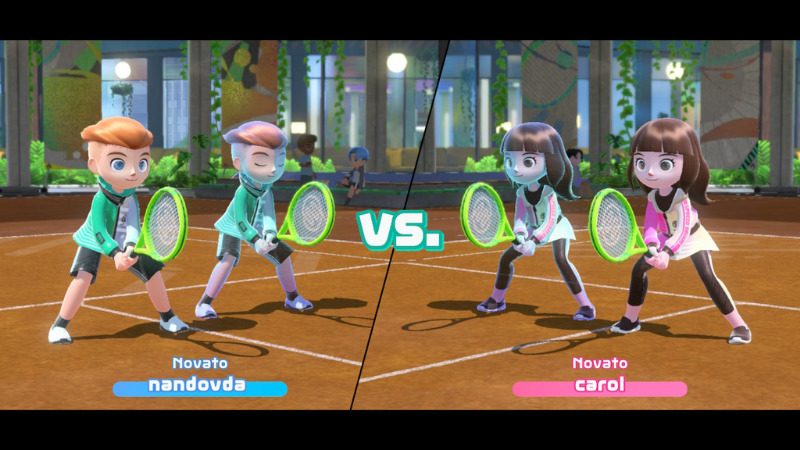 It is clear that tennis could not be missing as it is one of the classic disciplines of the saga. In this game you can join up to four players, but if we are playing only two people, the game will take care of filling those missing gaps so that the teams are formed. But keep this in mindit is not the artificial intelligence that plays as if it will be a partner, so you will have to control both avatars during the game.

To play it is very simple, like other sports, all you have to do is grab the Joy-Con and move it like a racket at the right time to launch the ball. Adjust your movements to make shots with effect, or even hit the ball up to make lobs.

One of the new sports of Nintendo Switch Sports. To be able to play, both the left and the right controls are needed, since the first will work to control our character while the other will help us to hit the ball.

This game, in particular, is a bit difficult to master, but little by little you will familiarize yourself and be able to dominate the ball, run or jumpbut pay attention to the energy bar, which seems to be taken from The Legends of Zelda: Breath of the Wild, because you could get tired. 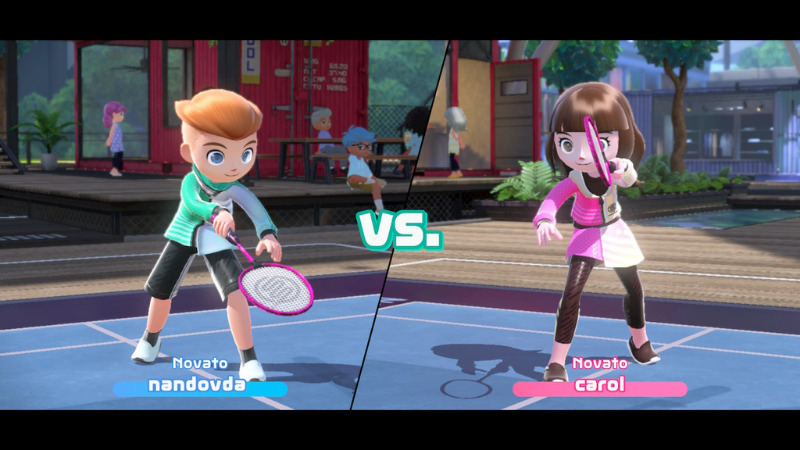 The characteristic Nintendo characters are available in this version, but improved. On this occasion heThe avatars reproduce the movements much better when playing and they have more detailed faces and some customization options.

You will be able to customize them and not only play with the default avatars that the game has, since Nintendo Switch Sports offers the option to compete locally and online, which will allow you to earn rewards to unlock items with which you can customize your avatar.

On the other hand, we have to praise what has been done with the graphics, which are clearly more spectacular in this version, we are not only talking about the design of the avatars, but also about the scenarios that are full of details and colors and that are constantly changing according to the discipline we choose. 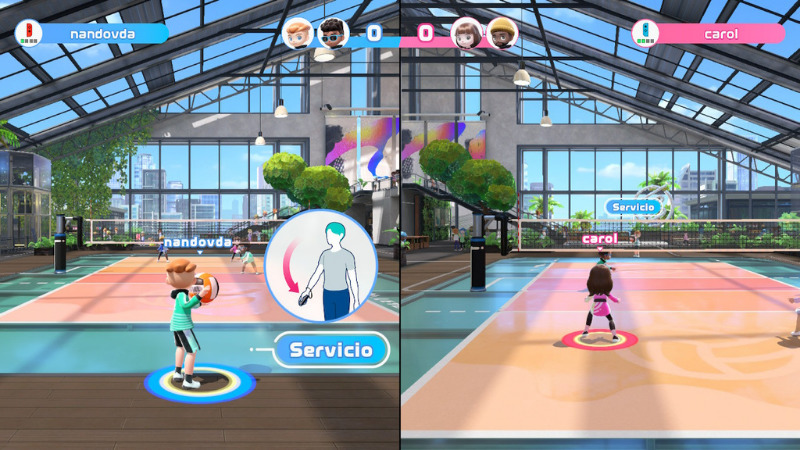 Simple to play: Before starting each game there is a small tutorial that will help you understand how to hold and move the joy-con to play, so it will not matter the age of the players and the experience and familiarity they have with the Joy-Con since it is designed so anyone can play it.

Multiplayer: All disciplines have the option for 2 to 4 players to compete.

Time of each game: The games are very short. We can take this as an advantage if we find ourselves playing with more people, as this will allow the game to progress more smoothly and everyone can play.

Nintendo Switch Sports brings back the multiplayer fun it gave us 15 years ago with Wii. The colors and settings are refreshing and although the disciplines are less numerous than those of its predecessor, they are all fun. It is a perfect game to spend an afternoon with friends or family. In addition, being the lightest, most accessible and portable Nintendo Switch, it will be difficult for the game to end up collecting dust on the shelf.