One of the advantages of SSDs is their lower access latency compared to hard drives, but this is affected by the CPU. That is why for the use of data centers and supercomputers, NVIDIA has developed the Big Accelerator Memory. Which has just been introduced and is going to be one of the key technologies in its future graphics cards codenamed Hopper.

The final release of DirectStorage will allow graphics cards to access the content of the SSD drive to obtain data from it without having to use the CPU. This is due to the use of RDMA drives and the NVMe-oF protocol. However, in certain markets a GPU is not only used to get very nice and fast graphics in a game, but for other purposes. We have examples like scientific computing in various disciplines, engineering and many others where the nature of GPUs makes them much better at executing certain algorithms much faster.

Due to highly complex data sets and the need for faster data retrieval speeds, the use of NVMe SSDs in supercomputers and data centers has become standard. However, while in the world of PC video games there was already a solution developed for access to solid state drives without the participation of the central processor, however, this was unprecedented in so-called computing applications. At least until now.

If we think about games, the video memory of an RTX 3090 may seem very high due to its 24 GB density. On the other hand, in certain sectors it is insufficient. This has led NVIDIA to develop what they have baptized as Big Accelerator Memory and it is not an unknown memory. Rather the idea is the same as DirectStorage, but focused on the high performance computing market.

That is, make the graphics card under pure computing environmentscan access the memory of NVMe SSDs from direct way and via PCI Express interfaces without requiring CPU involvement. This reduces the latency in the access and makes the CPU not have to lose clock cycles and, therefore, power in said task. The Big Accelerator Memory does not involve changes in the base architecture of the graphics chip, however, we must bear in mind that its current A100 does not have this capacity, so we would be facing something that we will surely see in the GH100 chipbased on the Hopper architecture and which is expected to be presented in a few days, which makes us wonder if we will see a graphics card with NVMe SSD memory how was AMD’s Radeon SSG. 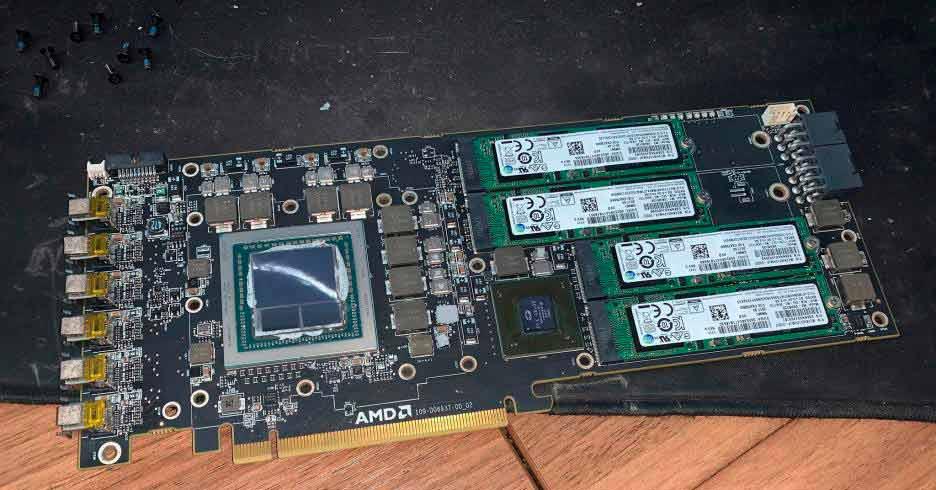 Why haven’t they used DirectStorage?

The computation pipeline of a graph differs from the graph by the fact that there is not a single list of commands executed by GPU, but several, much shorter in size and asynchronous to each other. For access to the SSD, the concept of the Big Accelerator Memory is based on the use of RDMA drives in combination with a modified version of the Linux kernel. That is why NVIDIA has not been able to use DirectStorage for this and has had to develop an alternative solution.

Windows 11 forces you to use an Outlook account, but there’s a secret to bypassing it