We all know that NVIDIA DLSS is not a piece of hardware, but a series of inference algorithms based on so-called computer vision and the use of convolutional networks. Which go like a glove in tensor units like those with NVIDIA GPUs. The advantage? They allow you to render a scene at a portion of the output resolution and gain frames with it. However, the AI ​​is not perfect and often fails in its predictions of what a scene would look like.

A new mode is filtered for DLSS, the Ultra Quality Mode

Through a reddit user we have learned that NVIDIA prepares at least a mode with better image quality than those currently available for DLSS. This mode is called Ultra Quality Mode and has been found in the Unreal Engine 5 game development and graphics engine documentation.

However, the documentation qualifies it as Placeholder for future DLSS visual modes. Which indicates that although it is not an official confirmation of this mode, it is curious that the name is the same as that of the most advanced mode of the AMD FSR. We really do not know what the so-called Ultra-Quality Mode will be like, but considering that the Quality Mode requires half the pixels at the source, a DLSS with fewer samples does not make sense, since then the input and output resolution would be the same .

Which leads us to the conclusion that NVIDIA is fine-tuning DLSS for a future release, which will be built into the Unreal Engine 5 as standard and will offer higher image quality than the current version of NVIDIA’s super-resolution algorithm.

The new DLSS mode has already been tested 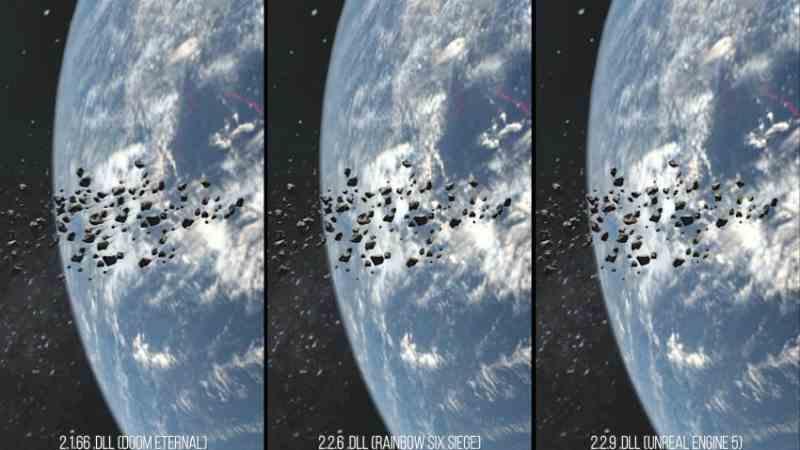 It has been discovered that a new version of DLSS is already integrated in UE5. It’s about the version 2.2.9.0 of the DLSS. While a previous version that is 2.2.6.0 is implemented in the games Rainbow Six Siege and Lego Builder’s Journey. Both versions have been implemented in other games and it has been seen how certain common image artifacts in previous versions of DLSS have disappeared. Which translates into higher image quality. Of course, version 2.2.9.0 will be the one that will take the cat to the water as it is an updated version of 2.2.6.0.

The best thing is that the installation of this new version of DLSS that gives a higher image quality it only requires the replacement of a configuration file in the game folder. On the other hand, we do not know if the frame rate obtained will have dropped. But if we look at the leaked documentation of the UE we can read that it works on all NVIDIA RTX, which includes the RTX 20.

Due to the high computing needs of resolutions such as 4K and Ray Tracing, NVIDIA has been forced to develop other strategies such as the use of AI for image reconstruction. The fact that DLSS improves its already excellent image quality is good news for users of NVIDIA RTX GPUs. Hopefully AMD will follow the same path and improve its FSR as well.

Fixes the bug that prevents Windows from installing a feature

How are the elements of a CPU connected? Analysis of your topology

4 essential characteristics that your antivirus must have