Therefore, and if we talk about the desktop range for sale, then we can say that it is the smallest of the family and as such its specifications are much smaller than its older brothers.

We start with the USBs, as this A320 chipset can hold up to 13 ports of this type in different speeds and there is a bit of controversy here, since each manufacturer can switch between different versions with only one caveat: only one can be USB 3.2 Gen 2.

That is, each manufacturer can decide the number of USB2.0 or USB3.0 or 3.1 in the number you choose as long as they do not exceed 12 in total, balancing the rear and internal ones. As for SATA ports, AMD also gives manufacturers freedom of choice, although here everyone opts for the same type of bus. SATA 3

The number of ports that we can have is 6, where not all manufacturers include them. That said, we come to a key section such as the PCIe lines, and that is that the A320 chipset will only be able to host 32 PCIe lanes of which only 24 are usable.

Therefore, of those 24 (the rest are reserved for other internal CPU, SSD and RAM needs) we will have 16 available for the GPU and 4 for solid state drives under NVMe. The remaining 4 are reserved for network cards and higher speed USBs such as the aforementioned Gen 2.

In any case, all the lines will be of the PCIe 3.0 type, not being able to make the leap to PCIe 4.0 due to a simple hardware lock by AMD, which lowers costs to offer cheaper boards. Lastly, there is no option to overclock.

As for CPU support, after AMD’s changes in criteria, the A320 chipset now supports all Ryzen processors, although this has many nuances. And it is that said support is relegated to the wishes of each manufacturer with its motherboard models, so to make sure that the CPU is supported we will have to go manually to look for the list of CPUs of the motherboard model that we are looking at, no there is another way unfortunately, since the BIOS are constantly changing the listings.

A520, the improved low range

With the A520 chipset we have a performance leap keeping us in the low tier of AMD. With this chipset the total number of USBs that a motherboard can have as a whole remains at 13, but the mentioned jump is based on the possibility that 5 of them are USB 3.2 Gen 2which is interesting for high-speed devices.

The remaining 8 will be distributed among the different speeds and types of ports as usual. As for the number of SATA ports, there is no type of change, a maximum of six where as a general rule these will be type 3. Given this, are there no more changes?

Well yes, since the number of PCIe lines becomes 3. 4 in total of which 26 they are usable. What is good news is clouded by the fact that AMD is following the same policy of restrictions in their determination to only leave PCIe version 3.0 and not 4.0 for all of them. The graphics therefore can only use 16 lines under this type of bus and the NVMe SSDs are also relegated to that version with 4 lines exclusively. Same problem for overclocking as it is not available neither in memory nor in CPU.

Regarding the latter (the CPU), it should be added that the A520 chipset has support for processors Zen 2 (Matisse and Renoir) and for Zen 3 (Vermeer), but loses it for Zen and Zen+ CPUs, which means leaving out the Summit Ridge, Raven Ridge, Pinnacle Ridge and Picasso architectures.

There is no doubt that the A520 chipset is slightly higher, but not by much and perhaps not because of something relevant such as USB 3.2 Gen 2. The prices of the motherboards that integrate one and the other are really adjusted in the most basic models that They range from 45 euros until the 51 euroswhile the TOP models range from €99 until the 127 euros.

There are no notable differences to distinguish between one or the other, counting on the fact that we are referring to the cheapest and most expensive plate models for this comparison of A320 vs A520, so everything is going to lie in something as simple as personal choice according to the number of USBs that integrate each motherboard model. But if we look closely and have unusual storage needs for the average user, then we will also have to take into account the number of SATA ports.

The reason is simple and it is nothing more than cost reduction, since as we say the average user does not need more than four and hence the inclusion in the vast majority of models of this number of ports and not six as allowed by AMD.

In fact, we have not been able to find a specific model with those 6 SATA 3 ports, so manufacturers try to compete by cutting costs around to try to introduce them in other key areas. 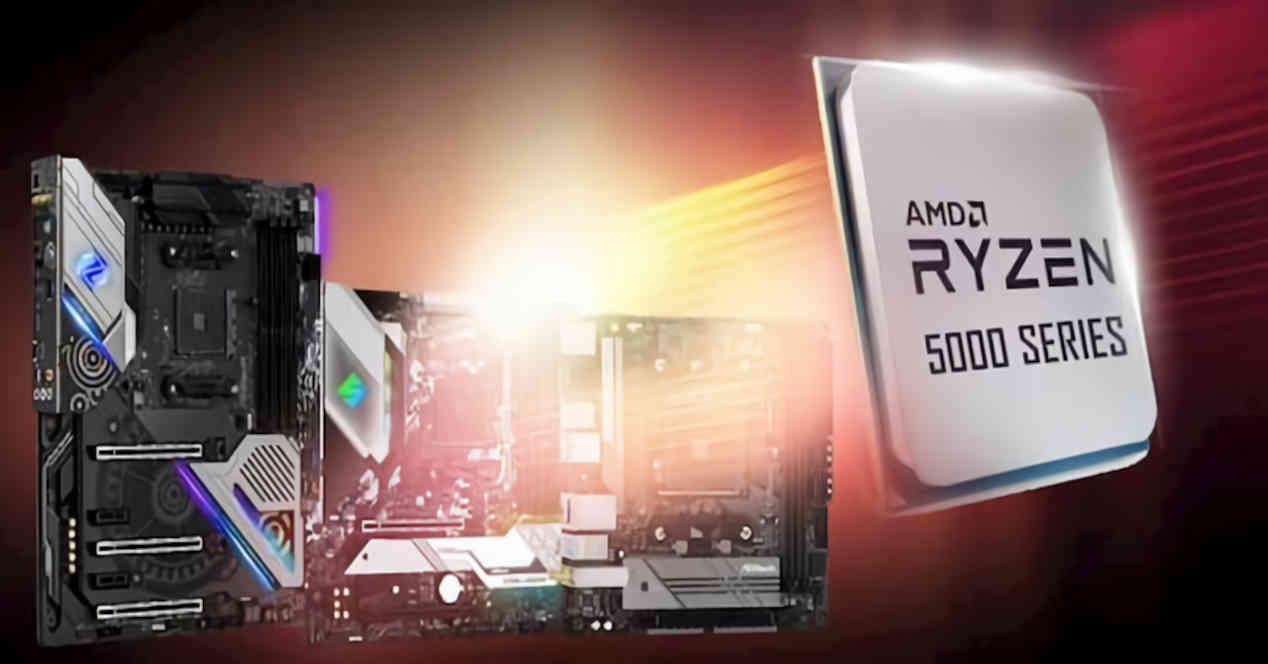 Although it seems obvious, it should be mentioned that neither of the two chipsets has support for SLI or CrossFireX and that, of course, they integrate compatibility with RAID 0,1 and 10 respectively. So if we need any more features than all those mentioned between one and the other, what we need is to change to another superior chipset.

The comparison between A520 vs A320 is in favor of the first, in addition to being newer and having support for the most current processors, the characteristics are slightly better, as well as its price as a general rule and depending on the model.

Google Chrome will allow capturing websites without extensions: this is how it works

Crucial external SSD to store your photos and videos