Kensington has launched a new accessory with which you can charge all your Apple devices in one place, although you can also take advantage of it to give extra power to other products in your day-to-day life. So is the Kensington StudioCaddy.

One stand for all your Apple devices

Kensington has been in the accessory business for many years, but now it seems that he must have discovered something that is making him focus a lot on Apple products. Surely the ability and interest of its users to expand or improve the experience with apple products based on accessories of all kinds.

One of the most recent examples is the StudioDock, a base that without being perfect does turn out to be a very attractive option for those who bet on the iPad Pro as the main device. Well, now comes the new StudioCaddy. And it does not matter without it is not something new as a concept, because the important thing is the utility and there we do believe that it fulfills very well. 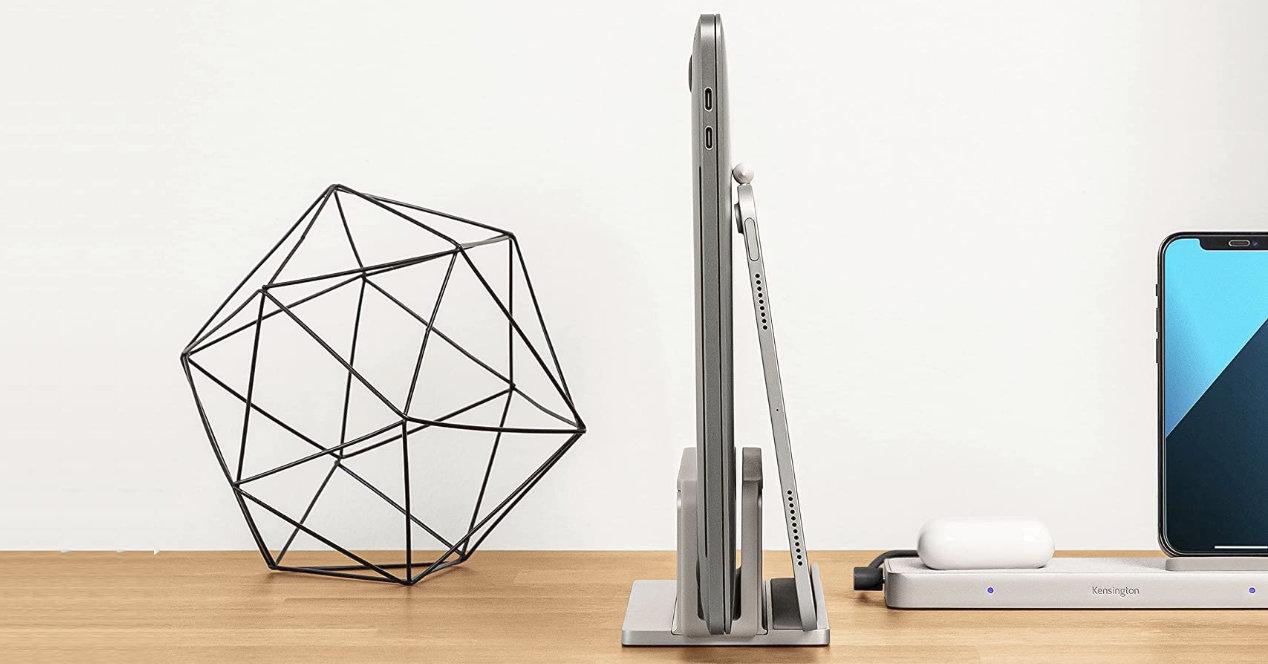 StudioCaddy is made up of two parts that are joined to each other by a magnetic system. In one of them what we have is a support where you can place your laptop Mac in a vertical position thanks to two “clamps” that can be adjusted in thickness plus an iPad that would in turn rest on one of them or directly on the laptop and avoid slipping through a rubbery surface.

On the other hand, there is the second part, which is like one of those Docks that allow you to charge smaller Apple devices such as the iPhone or AirPods through the use of two integrated wireless chargers. In the case of the iPhone, the wireless charging would be done at 7.4W and if it is an Android device it could increase to 10W.

Logically this accessory is not limited to Apple products, other phones with wireless charging, headphones with cases compatible with the Qi standard or laptops with USB C or USB A charging could be used together.

Save space and concentrate the load of your gadgets 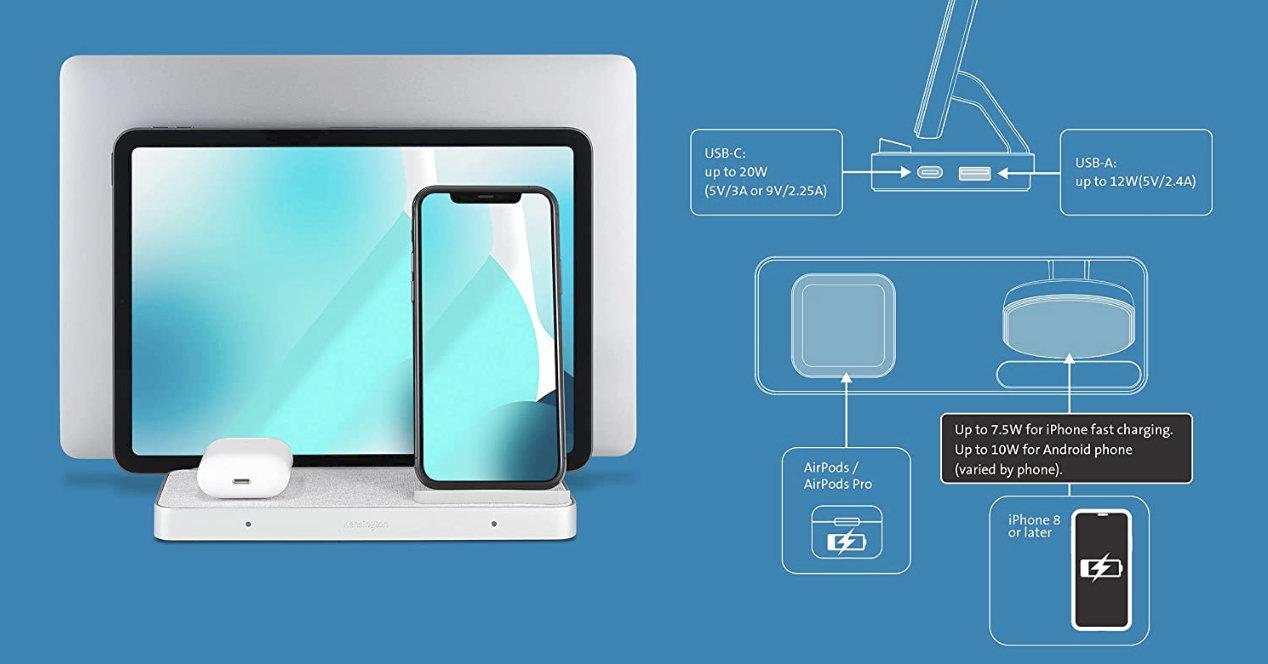 As we have discussed, the StudioCaddy is an interesting accessory despite not being a really new idea. However, now that we have more and more gadgets and that many of them offer wireless charging, power do it all in one place and in turn serve to put order is very interesting.

So if you are looking for a solution of this type, minimalist, well designed, robust and that you can trust, it is logical that you are in front of one of the most striking right now. In addition, the fact of being able to separate both parts also has its point of appeal. Another thing is that the price of 180 dollars convinces you more or less.

The premieres you will see this week on Netflix, HBO and Amazon