Trump is pissed off and has for everyone

Donald trump, former president of the United States, is not happy. We do not know if he has ever really been, but what is clear is that he is “less happy” than usual. And it all comes because, for a long time, he has not been able to use social networks.

This character has always been very peculiar, especially for his radical ideas. And on more than one occasion he has posted messages on social networks such as Twitter and Facebook that were clearly prohibited by the terms of use. Messages of hatred, contempt and calls for revolution and high treason are just some of the many controversial messages that this former president launched.

We know very well that we are not all equal before the law, or before companies. But like the others, when registering on the social network, he had to accept some terms of use. Terms that you have repeatedly violated. And that, in the end, has taken its toll.

On Twitter you have your account blocked since assault on Capitol (something that should have had much more serious consequences than a simple ban), and he cannot enter Facebook until 2023. And, like a child who cannot eat more candy, he has decided legally confront Twitter, Facebook, Google (We don’t know what Google will have done to it too) and their respective CEOs. But he is no longer president, and he no longer has as much power as before, and if he has violated the terms of use (as he has done too many times), his expulsion from social networks is more than justified. Others, for much less, have their accounts closed at the first exchange rate.

What would the Windows 11 start menu with groups look like?

One of the many new features in Windows 11 is a new start menu. Microsoft has finally decided to make a clean slate with its start and create a new, more modern menu, betting on minimalism. The problem is that it has bet too much on minimalism, and many options that could be interesting have been left in the pipeline.

One of the most important is the ability to create application pools. Right now, all the applications and all the programs that we have installed in the system are all together in this menu. But how would things change if we had groups? 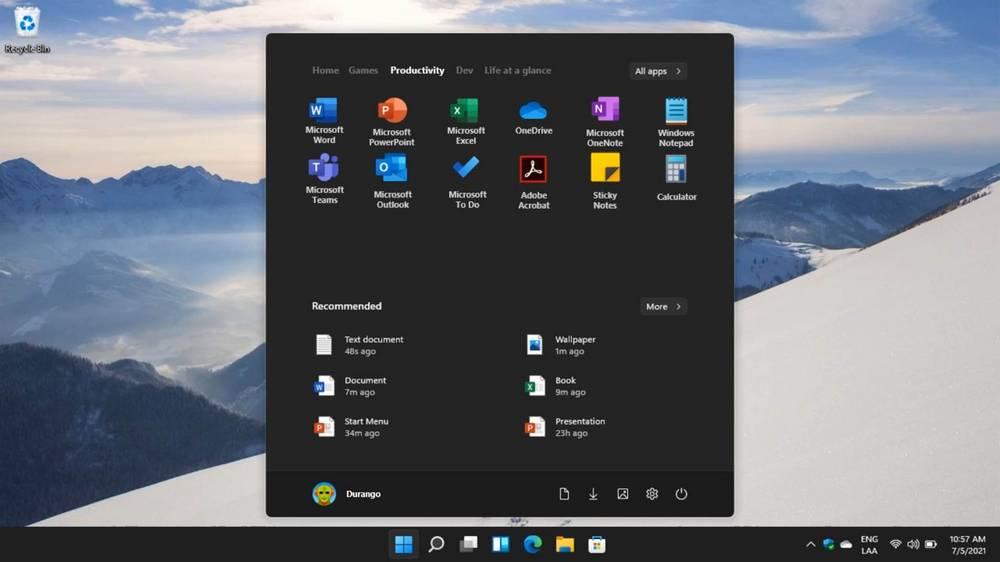 As we can see, it is a function that, although basic, would greatly improve the functionality without breaking with the minimalist scheme. Especially if you do like iOS and automatically group the applications according to their type. A function that, if you like, you can ask Microsoft from this link.

In Windows 11, users can resize taskbar icons so that they are bigger, and see them better, or smaller and have more space. However, although this feature was not available in other modern versions of Windows, it is not exactly new.

Windows 1.0, the first version of the operating system, already allowed this to be done. Of course, it was not a setting that was available to users, but manufacturers, OEMs, could change it to give added value to their computers with this pre-installed Windows 1.0.

Like # Windows11, Windows 1.0 DR5’s taskbar icon size can be customized as well. Not really by users… by OEMs. pic.twitter.com/oUjt9mPfVx

In addition, we can also find two popular programs that have a new version to be able to install it on our computer.

Beware of this Windows 11 bug! You’ll run out of RAM! 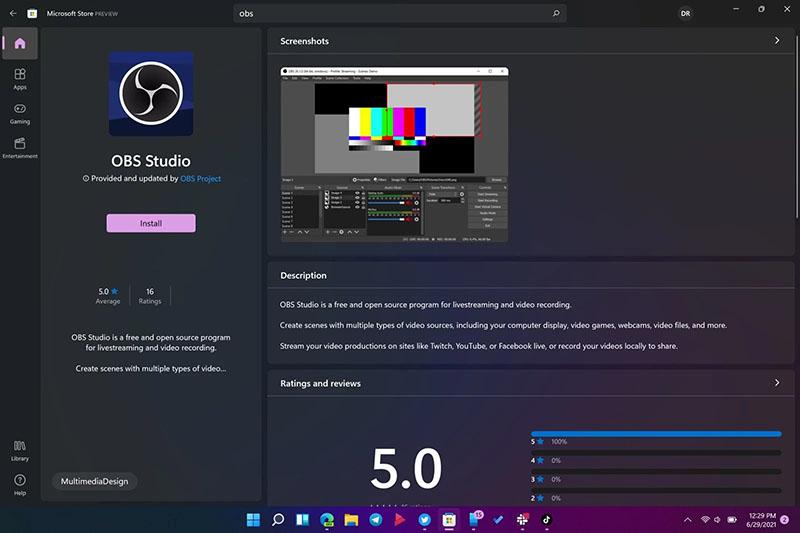 Zoom, OBS Studio and Canva land on the Windows Store