On Tuesday morning (22), screenshots allegedly attributed to the internal system of Okta, a provider of corporate authentication services, were published on the channel of the Lapsus$ group, responsible for confirmed intrusions by tech giants in recent weeks.

In the message, they claim to have acquired “superuser/Admin” access to Okta.com, in addition to other systems, which would give them access to the target company’s customer data. At the end of the message, the group claimed not to have accessed or stolen the database: “our focus was only on Okta customers”, he wrote.

The publicly traded company valued at US$6 billion employs more than 5,000 people and provides software services to large companies such as Siemens, ITV, Pret a Manger, Starling Bank, among other companies, as well as universities and government agencies around the world. . Okta said it was investigating the case.

When evaluating the screenshots released by the group, cybersecurity experts consulted by the Reuters said they “definitely believe it’s trustworthy.”

Chris Hollis, Okta official, commented in a statement that the shared screenshots are connected to “this” January event. “Based on our investigation to date, there is no evidence of continued malicious activity beyond the activity detected in January,” he said. The statement was confirmed by Todd McKinnon, CEO and co-founder of Okta, on Twitter.

In late January 2022, Okta detected an attempt to compromise the account of a third party customer support engineer working for one of our subprocessors. The matter was investigated and contained by the subprocessor. (1 of 2)

They refer to the system date visible in some screenshots, which is set to January 21, 2022. This could indicate that the hack may have taken place months ago and has only now become public. 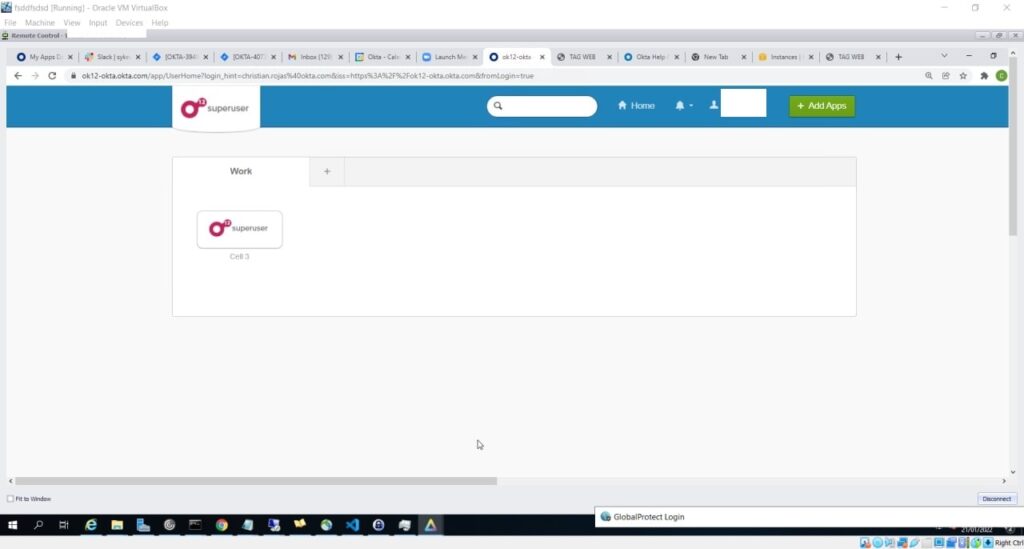 After claiming completion of investigations into the breach case claimed by the Lapsus$ group, Okta stated that its service has not been breached and remains fully operational. “There are no corrective measures that need to be taken by our customers,” David Bradbury, the company’s CSO, wrote in an blog post.

“The report highlighted that there was a five-day period between January 16 and 21, 2022, where an attacker had access to a support engineer’s laptop. This is consistent with the screenshots we became aware of yesterday. The potential impact for Okta customers is limited to the access that support engineers have. These engineers cannot create or delete users, or download customer databases. Support engineers have access to limited data – for example Jira tickets and user lists – that were seen in screenshots. Support engineers are also able to make it easier for users to reset passwords and AMF factors, but they can’t get those passwords,” Bradbury explained. 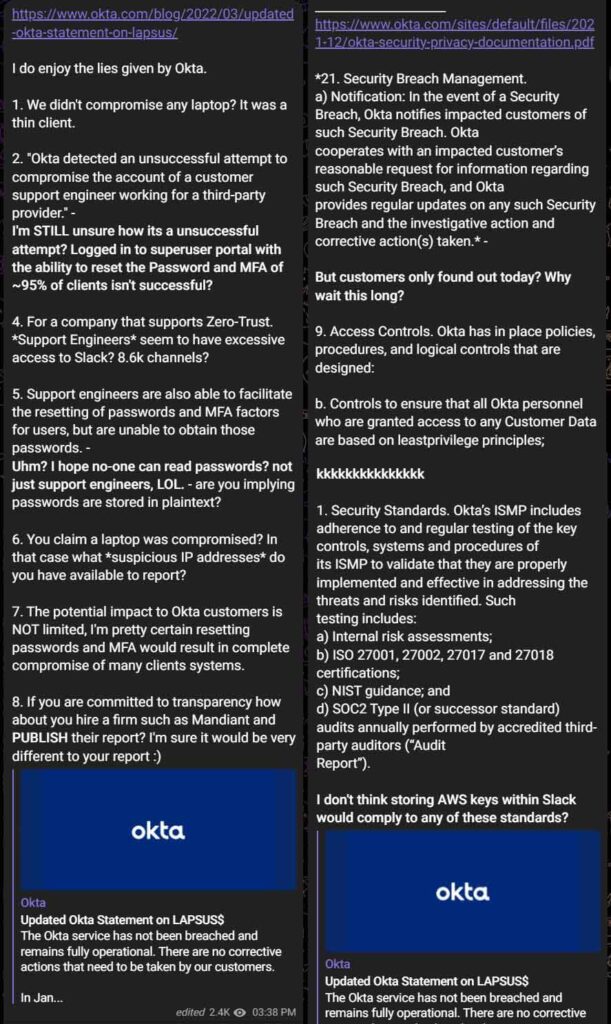 Upon learning of the statement, the group countered with several questions and ironically saying that they “appreciate the lies presented by Okta”. Below is the translated message in full.

But customers only found out today? Why wait so long?

B. Controls to ensure that all Okta personnel who are granted access to any customer data are based on principles of least privilege;

I don’t think storing AWS keys in Slack would meet any of these standards?

Casavo settles in Malaga with an investment of 10 million euros