I still remember the surprise with which I received the arrival of Intel Pentium processors, back in 1993 (when I still aspired to buy a 386). It was for many reasons, of course, but there is one that I remember anecdotally, and that is that until they were announced, I expected the next generation to be… I’m sure you’ve guessed it, yes, 80586 or i586. Intel actually left this nomenclature behind in order to be able to commercially register the name (something that could not be done with numerical sequences).

Four years later, in 1997, the jump to Pentium II would arrive, which meant the abandonment (temporary, as we saw later) of the classic chip format inserted in a socket for a cartridge designed to improve heat dissipation, which was connected to the motherboard through a slot. It didn’t last long two years later came Pentium III that recovered the classic chip-in-socket format that has prevailed until today.

In those days, Intel was already very fast when it came to jumping from one generation to the next, so just a year later, At the end of 2000, the first Pentium 4 debuted on the market. So what could we expect at that time? Obviously, of course, that in 2001 (or at the latest in 2002) the new generation would arrive, which would obviously be Pentium 5, right? Well, it was expected, but as you probably already know, it is not what happened.

Instead, Pentium 4 brought together, over the years, several different architectures: Willamette, Northwood, Northwood (Extreme Edition) and Prescott. Why did Intel decide not to increment the number at each of these jumps? There are some theories about it, such as the one that, erroneously, and due to the speed with which it jumped from version to version between Pentium and Pentium 4, there were users who thought that the number was a performance rating system, not a generation indicator.

Be that as it may, the point is that The Pentium 4 Prescott, released in early 2004, was already facing some high power issues and, directly associated, heat generation. The top of the range of its generation was the Pentium 4 570J at 3.8 gigahertz, although Intel initially planned more powerful models, four gigahertz or more, finally the aforementioned problems made it impossible.

And then came 2006 but, contrary to expectations, a new Pentium 4 architecture or, more expected still, the leap to Pentium 5 did not come from it. Instead, Intel formulated a paradigm shift that, with time, has proven more than successful. I am referring, of course, to the production of processors with more than one core. Intel Core Duo had just been born, a design with two execution cores. The rest? Surely you already know it, first the addition of more higher performance cores in each generation of Intel Core up to the eleventh, and the jump to hybrid architecture with Alder Lake.

And what happened to the Pentium 5?

Now what happened? Why did Intel abandon Pentium and make the jump to multicore architecture? A video recently published on the Fully Buffered YouTube channel reminds us of some already known facts, and tells us some very interesting ones about Intel’s plans regarding the Pentium 5and why it never finally saw the light of day, in addition to showing us two chips from that lost generation and having a first-hand testimony about them.

The first thing to note is that yes, Intel had planned the jump from Pentium 4 to Pentium 5a chip that should have reached the spectacular speed of 7 gigahertz. Let us remember, for context, that the Intel Core i9-12900K has a maximum speed of 5.2 gigahertz, and we are talking about a processor, the Pentium 5, which would have hit the market around 15 years earlier. Those were the times of brute force and, although there was already talk of execution threads and others, the competition was determined by speed, rather than performance.

However, with Prescott Intel he encountered a wall, perhaps not insurmountable, but terribly complex, that of temperature which, as we have already mentioned, prevented this generation from reaching the speeds initially planned.

Now, more than a year before the arrival on the market of the Pentium 4 Prescott, Intel had already started work on two architectures, called Texas and Jayhawk. The first would be the successor to Prescott and the one that would mark the jump to Pentium 5, while Jayhawk would mark the generational jump of Intel Xeon. Intel had already anticipated in 2003, showing a preliminary design, that Texas would reach the market in 2004, although later it was delayed until 2005, before cancel both projects in May 2004.

Steve Fischer, one of the Intel engineers who worked on the Texas and Jayhawk projects, with whom Fully Buffered spoke, has revealed in that video quite a bit of additional information about the project, about the challenges they faced and about the reasons that finally pushed Intel to back down, to abandon the gigahertz race (its initial goal was to reach 10 gigahertz in 2011), focusing on performance… although without forgetting speed. 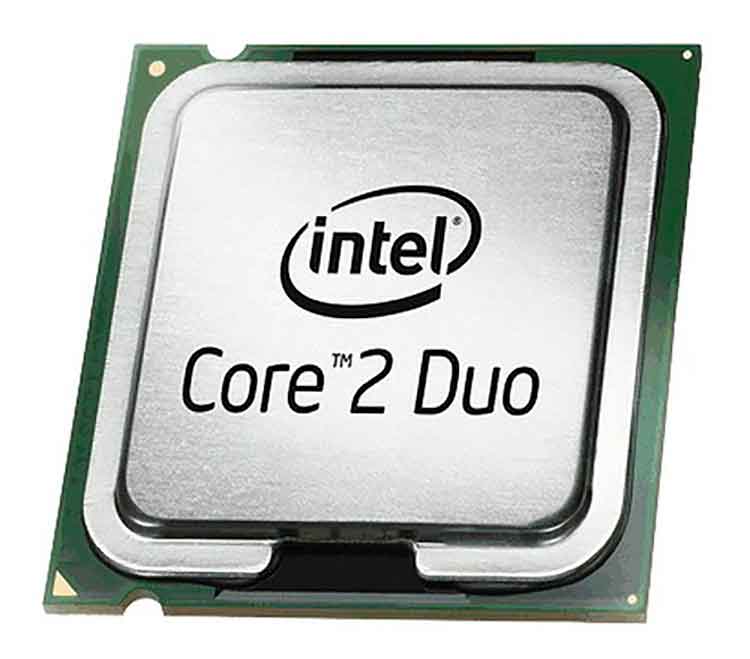 After the cancellation of the Pentium 5, Intel opted for the multicore that debuted in the Core Duo, which in turn found its continuation in the Core 2 Duo, predecessor of the current Intel Core.

Fischer says that the thermal problem was decisive. At that time the fastest processor in the house reached, as we have mentioned before, 3.8 gigahertz, and for this its TDP was 115 watts. Thus, and with that technology, andscaling up to 7 gigahertz would have resulted in increasing the TDP to around 250 watts, probably something else. I know this doesn’t seem like much today (the TDP of the Core i9-12900K in turbo mode is 241 watts), but we’re talking about almost 20 years ago, processors with a 90 nanometer lithography (Although eventually the jump was made to 65 nanometers).

I called this thing “the Death Star of processors” and half-jokingly reasoned that consumer acceptance of liquid-cooled chassis wouldn’t be a big deal.

A TDP of 250 watts was, in those days, something simply monstrous for a desktop system and, although liquid cooling solutions already existed, they were still extremely rare and quite expensive, that is, they were not an option that Intel could consider.

Canceling Texas and Jayhawk was certainly not an easy decision, as involved making a complex leap to an architecture with more than one core and, in addition, to give up the milestone of 10 gigahertz, a key element in its competition, in those days, with AMD. But, after analyzing all the possibilities, the engineering teams involved in the project concluded that they faced a dead end.

As we remembered before, this “stumble” gave rise to a paradigm shift inaugurated with Intel Core Duoand that has brought us to the point where we are now, waiting for the arrival of the Intel Core i9-13900K, with its 24 cores (8 for performance and 16 for efficiency) and its consequent 32 threads, and that already It has been seen touching 6.1 gigahertz.

A) Yes, the Pentium 5 never reached the market but it did exist, and some silicons were even produced, such as the one obtained by the creator of the video. And perhaps if Intel engineers had found a solution to the power and heat problem, today’s processors would be very different. Of course, if two engineering teams, with the means available at the time, determined that it was not possible, we do not have much room for imagination.

Microsoft Edge extends its “enhanced security” to all users

An IPTV hacker has been convicted, the price of Bitcoin may plunge and Gmail has a new look, the recap