PINE64, the well-known manufacturer and vendor of ARM devices with GNU / Linux preinstalled, has announced the opening of reservations for the PinePhone Pro, its new smartphone with which it intends to make a qualitative leap compared to the products of the same type that it has previously launched (in addition to succeeding them).

The PinePhone and its different models and variants have become one of the great references among smartphones that use authentic GNU / Linux to the detriment of Android. However, it is important to note that PINE64 has decided to focus its bet on Manjaro with Plasma Mobile as a pre-installed operating system, although without limiting the possibility of changing it if the user so wishes.

Returning to the PinePhone Pro, the new PINE64 smartphone has internally a Rockchip RK3399S hexa-core SoC custom that works at a frequency of 1.5GHz accompanied by Mali T860 quad-core graphics, 4GB of LPDDR4 RAM and 128GB for data storage in eMMC format that can be expanded up to 2TB via microSD. The screen is IPS, six inches, supports a native resolution of 1440 × 720 pixels and is protected with Gorilla Glass 4.

For years a smartphone has not been conceived without two cameras. The PinePhone Pro equips in the part rear a 13 megapixel Sony IMX258 camera protected with Gorilla Glass 4, while on the front there is a 5 megapixel OmniVision OV5640. It is true that these cameras are possibly below the current average for entry-level mobiles, but it must also be borne in mind that the product at hand is aimed at a niche sector. 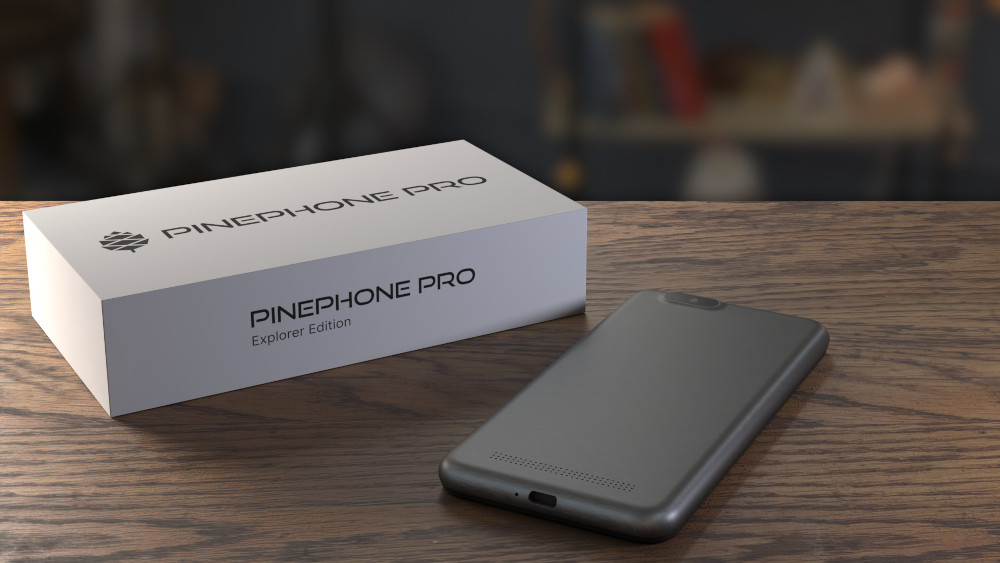 As for connections, it is not that we find anything innovative, since the “innovative” here is the operating system. In this section we find a USB Type-C that can perform the function of battery charging, data transmission and alternative video output in DisplayPort format; AMPAK AP6255 Wi-Fi 11ac along with Bluetooth 4.1; a 3.5 mm jack connector with Universal Asynchronous Transmitter-Receiver (UART) output; a fingerprint reader; in addition to having “The same pogo-pin systems and the same back cover accessory as the original PinePhone”, so the PinePhone Pro is “Compatible with all existing plugins”.

The built-in sensors are accelerometer, gyroscope, proximity, compass, and ambient light. The battery, in addition to being able to charge wirelessly, is 3,000mAh and with the form factor of the Samsung J7. The dimensions of the device are 160.8 millimeters high, 76.6 millimeters wide and 11.1 millimeters thick, while its weight is 215 grams.

The privacy offered by smartphones is something that is highly questioned, so to reinforce that front, PINE64 has incorporated switches under the back cover to disable the cameras, the microphone, the Bluetooth, the Wi-Fi, the jack connector and the LTE modem.

The PinePhone Pro can be reserved through the PINE64 website at the price of 399 US dollars. As usual in these cases, we are facing a niche product, a profile that will remain excessively reinforced as long as WhatsApp does not release at least its client. We leave you with the official announcement, the page dedicated to the smartphone and the presentation video.

Diablo IV, announcement in December and debut in April

LCL and Ameli hacked, Google closes Android Auto, the recap of the week