Several leaks claim that Google would have planned a product launch in May 2022. And more precisely on May 26th. That is several days after Google I/O. Two products are expected there. The Pixel 6a, replacing the Pixel 5a. And the Pixel Watch, a connected watch that has long been rumored.

It’s almost become a habit for Google: two smartphone launches take place every year. The most important in the fall to present the main model(s). And an event organized during the spring or summer for a model of the “A” range. A similar timeline to Apple’s we experienced two years ago, with the Pixel 3/3 XL launching in October 2018 and the Pixel 3a/3a XL in May 2010.

Read also – Pixel 6: finally an update to repair the damage of the December patch

Two pieces of information have indeed been revealed. The first comes from journalist Max Jambor. He claims in a message posted on Twitter that the Pixel 6a should be unveiled in May. It would therefore benefit from the same commercial window on the Pixel 3a / 3a XL. Note that the month of May is also chosen by Google to organize its developer conference during which the new Android is presented. This year, Google I/O should then take place from May 18 to 20.

Should we see a possible common presentation? Not necessarily. Indeed, the second information brings a little more precision. This one comes from Jon Prosser of the FrontPageTech channel. He says, also on Twitter, that the famous Pixel Watch, the first supposed connected watch from the Mountain View firm, would be made official May 26, 2022. And it seems logical that the two launches take place together. 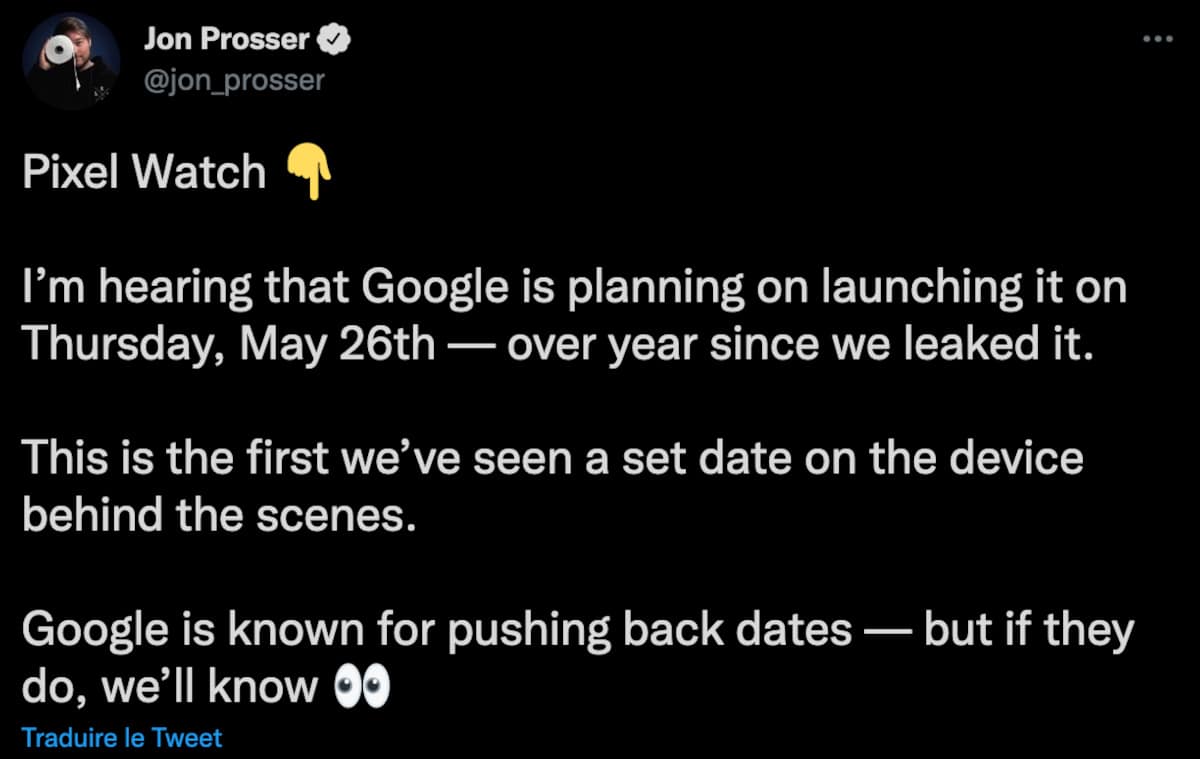 Remember that the Pixel 6a should be a lighter version of the Pixel 6. However, it would resume its design, its 6.2-inch screen and its SoC, the famous Google Tensor. They would be accompanied by two 12-megapixel photo sensors (including one placed behind a wide-angle lens) at the rear and an 8-megapixel sensor at the front. The Pixel Watch would be a connected watch under Wear OS with a round case and a digital crown.