Google Stadia users as well as those who have a television with Android TV or Google TV as operating systems are in luck. The first because they can enjoy the service they already use on their mobile phone or computer on a TV with the Google system and without the need for any type of additional device such as the Chromecast Ultra. The second for the same reason, because they can already test the cloud gaming service directly from the television they own.

The application of Google Stadia for Android TV (also Google TV) is now available for download, although for the moment it is true that it is a “preview” and to be able to play it will be necessary to know a simple trick to launch the different games available, but nothing complicated or not it will take you more than a couple of minutes.

So, if you have a TV with official support for these latest Google operating systems, don’t even think about it and download the Google Stadia application now. Because you can play some games taking advantage of the titles offered by the service without having to pay for its free version. Although if it is the first time you register, you can take advantage of the Stadia Pro trial period and try as well as access titles for which you would have to pay.

How to start playing Stadia on an Android TV 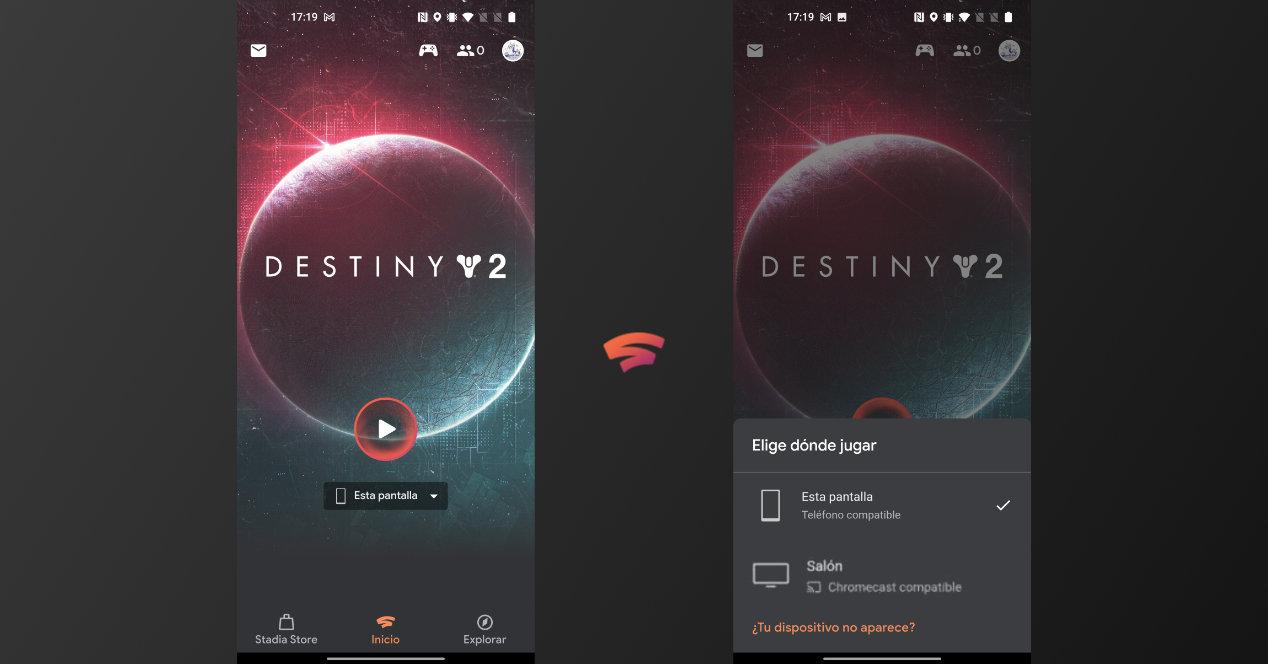 Before we told you that the Google Stadia application is now available for televisions with Android TV or Google TV, but also that to start enjoying the service you also need to know a little trick. Well, let us explain what you have to do.

Right now if you download the app on your TV, directly from the Google application store, you will see that there is no problem with the installation process. But running the application will do nothing. This is because it is not yet active as such, but it can be forced to be. The only thing you will need is a Android mobile phone with the Google Stadia app installed.

Once you have the Stadia application on your smartphone and have logged in with the account that you are going to use for the service, all you have to do is the following:

Easy right? Well, the only thing you have to bear in mind is that you have previously had to connect a command compatible with the service that can be Stadia’s own or one compatible and paired to your TV via bluetooth. As, for example, they could be those of PlayStation or Xbox.

From this moment on, with the remote you can control everything related to the game and even the service interface to exit the game, etc. Of course, our last advice is that if you notice that the performance is not quite good, try connecting the TV to the internet directly by network cable and not the WiFi connection.

Ikea turns any surface into a wireless charging base

Nintendo Switch OLED: what are the advantages of the OLED screen?

How to create a shortcut to your health pass on iPhone