After several patches focused on the traditional “system performance improvement”, both the PlayStation 4 and PlayStation 5 receive, starting this Wednesday (23), an update that brings several new features to the consoles.

Sony made a post on the brand’s official blog to talk about the new features and, on top of that, took the opportunity to clarify some points about the long-awaited VRR feature – which should arrive very soon on PS5.

New update for PlayStation 4 and 5

Although some of the news will eventually arrive on PS4, the main focus of the system update 01.22-05.00.00 It is primarily the brand’s next-gen machine, introducing improvements to various social functions of the platform, interface enhancement and more.

At Game Base of the PlayStation 5, for example, which is the console’s contacts and groups hub, the look and categories of the menu have become clearer. Now, there are 3 different tabs (Friends, Parties and Messages) and each one has been reformulated. In the friends tab, it’s easier to add people or decline friend requests, start Share Play directly through chat and quickly check if someone is sharing the screen, thanks to the “On Air” icon.

The entire PS5 trophy section has also received a good dose of makeup, with a welcome update to the visual design of the cards for each achievement earned. For the completionists, what’s new here are the trophy suggestions that can be obtained in your current playthrough.

Other changes brought by the PlayStation 5 system update include new accessibility options – including screen reading in Brazilian Portuguese -, activation of a mono mode for headphones and better visualization of selections made in the console’s menu. In addition, it is now possible to filter your game collection by genre and redeem free games or access titles from the PS Plus collection more quickly.

For users with US or UK PSN accounts, it will still be possible to experience the Voice Command preview, a feature that allows the player to simply say “Hello PlayStation!” and ask the device to do something, like play a game, open an app, and more.

You can check out all the additions of patch 22.01-05.00.00 in the Sony’s official notes. It is worth noting that, along with the update, the company also released a firmware update for the DualSense with the aim of improving the stability of the PS5’s wireless controller.

And the VRR, huh?

Promised by Sony for “an upcoming update” pretty much since the PlayStation 5 was released, VRR is still one of those features that feels forgotten and gamers don’t know when they’ll see it officially arrive on the console. Yet.

As the company explains, VRR (Variable Refresh Rate) is a technology that “on TVs and PC monitors that support HDMI 2.1, dynamically synchronizes the screen’s refresh rate with the graphics output of the PS5 console. This enhances the visual performance of games by minimizing or eliminating visual artifacts such as frame-pacing issues and horizontal screen breaks.”

Sony has not yet given a date for the debut of this feature, but assured that an update with VRR is planned for the coming months and that several games already released and future releases will support the feature. 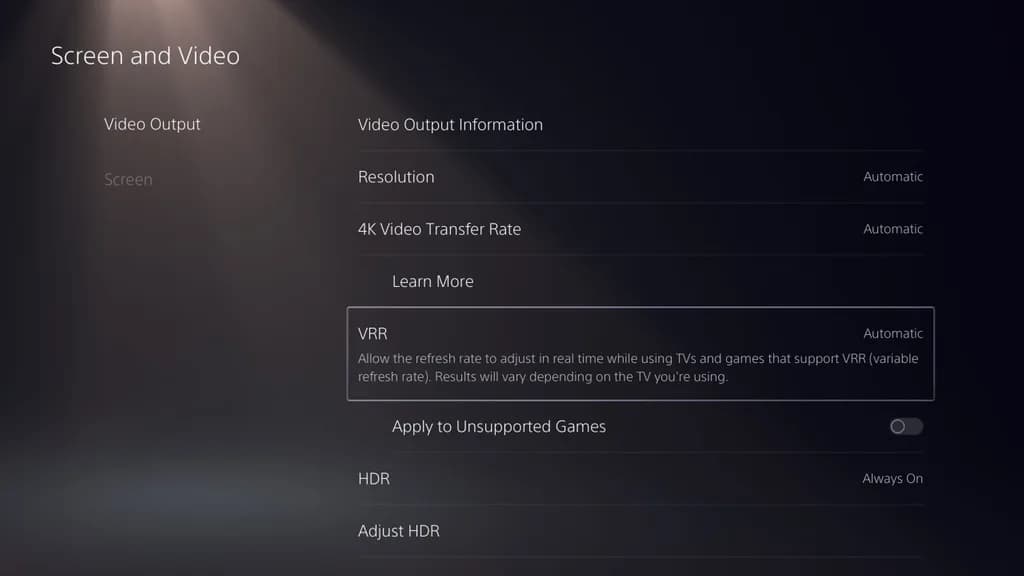 Optionally, an option that will be added to the PlayStation 5 system will allow forcibly enabling the function in games that are not yet compatible, improving its fluidity through brute force. So, does your TV or monitor support VRR or will you need to upgrade somewhere?

NVIDIA and IBM work to communicate GPUs and SSDs directly, without relying on the CPU