Polymega, the queen of retro consoles

When it was announced Polymega For the first time, in March 2019, there were many who could not stop paying attention to a very particular entertainment system for different reasons. The first and most striking: a perfect retro game console.

The statement may seem exaggerated, but the truth is that there are sufficient reasons to launch it on the fly. Even without having physically tested it, because only with its technical specifications and capabilities you realize that it is not a normal retro console.

To begin with, the idea behind Polymega is to offer a modular system. That means that through the purchase of different modules (sold separately) this particular retro console is able to offer compatibility for the official cartridge systems of up to 30 different machines. That is, you put the Super Nintendo module in the version you need (Japanese or United States) and you can play directly with the original cartridges you have. The same would happen with other machines that used their own cartridges.

So it is interesting to see that it is not simply a emulation via rom files that you have downloaded or can download from the internet. It is also a way to continue playing all these original titles that you have or can get without needing the original machine, which sometimes costs much more to find one that is in good condition and continues to work.

However, by default, Polymega includes a disc reader that allows you to allows to load original games from consoles such as PlayStation, Sega Saturn, Sega CD, NEO GEO CD and Turbo Grafx CD.

The hardware for emulation First through the direct play of games on cartridges or CDs, but also through files that can be saved on SD cards up to 1TB or on NVMe M.2 SSDs.

The games once stored digitally can be organized as a library, as with other emulation platforms such as RetroPie. Although the interesting thing is that the manufacturer intends to offer the purchase of games individually through its own digital store. 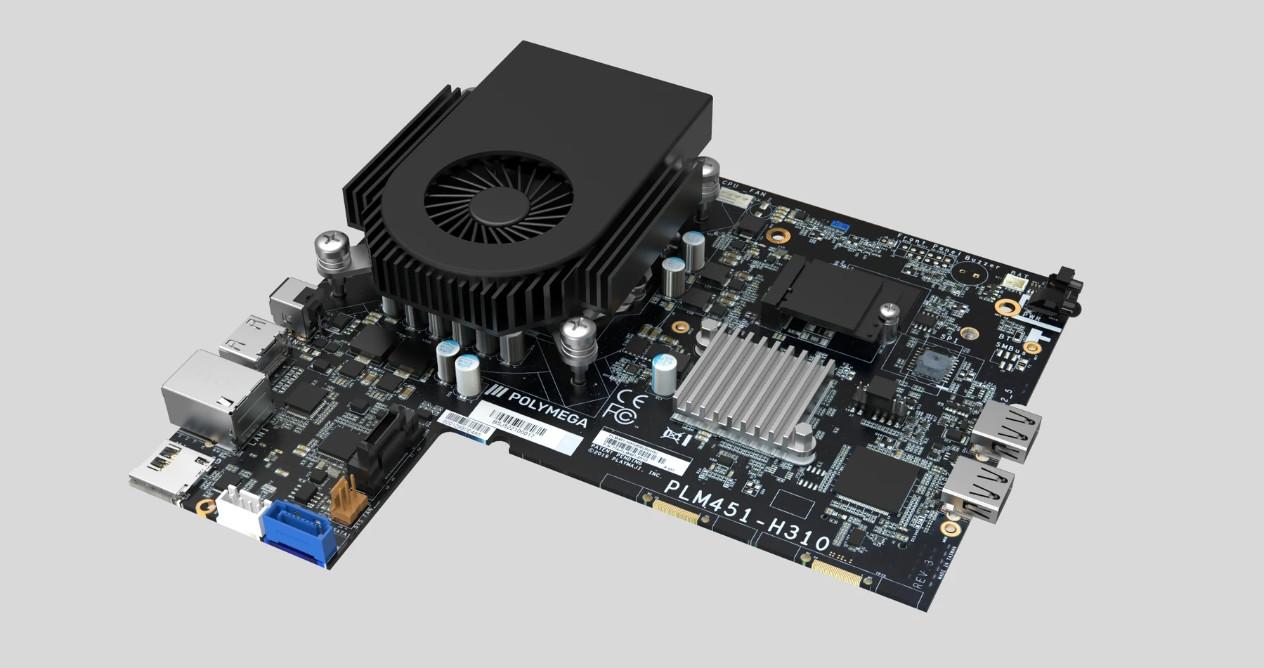 For the rest, the console is based on Intel, so at first there is plenty of power to run the different games of the different supported platforms.

With all this, the Polymega finally has a release date. Next September 12 it will go on sale and anyone interested in it will be able to get one and its respective modules depending on which ones interest them the most.

The base model with a wireless controller it has a price of $ 449. Then there will be a Deluxe version that includes the four additional modules that allow you to use the Nintendo, Super Nintendo, Megadrive and Turbografx cartridges that will cost $ 765. Of course they are not the only purchase options, there are also different control knobs that can be purchased with the design of the originals or some extra of the universal model. Although the most interesting is the pistol that will allow you to play certain titles in a very different way that, perhaps, only a few have experienced at some point.

AMD K7 Athlon Thunderbird, unique processors that were unlocked with a pencil

Black Friday: The Nintendo Switch with Mario Kart 8 Deluxe for less than 270 euros on Amazon