During the last few years we have seen numerous devices focused on very interesting audio topics appear on the market. A clear example is the Rodecaster Pro, a table that allows a multitude of options for those who create podcasts or make productions that require certain options. The problem is that the size makes it not entirely comfortable when it comes to carrying from one place to another.

Therefore, if you also create content and are interested in improving the sound quality of each production as much as possible, you may be interested in the new Roland GO: Mixer PRO-X. Because this little device is a very capable audio mixer since it allows combining up to seven different audio sources. So you just have to do a simple exercise of imagination to see all the possibilities that you will have wherever you go. But if you are interested, let’s take a look in more detail.

The Roland GO: Mixer PRO-X is the new version of the previous GO: Mixer and as its surname PRO indicates, it comes with interesting news to make it much more complete and capable, becoming an interesting tool for mobile content creators mainly.

The design as you can see in the images is quite similar to the previous one, although some changes have been added that allow you to have extra inputs and a small system on which you can place your smartphone so that it remains vertical while you are using it. Possibly it would also support the use of a larger device such as an iPad Pro type tablet. 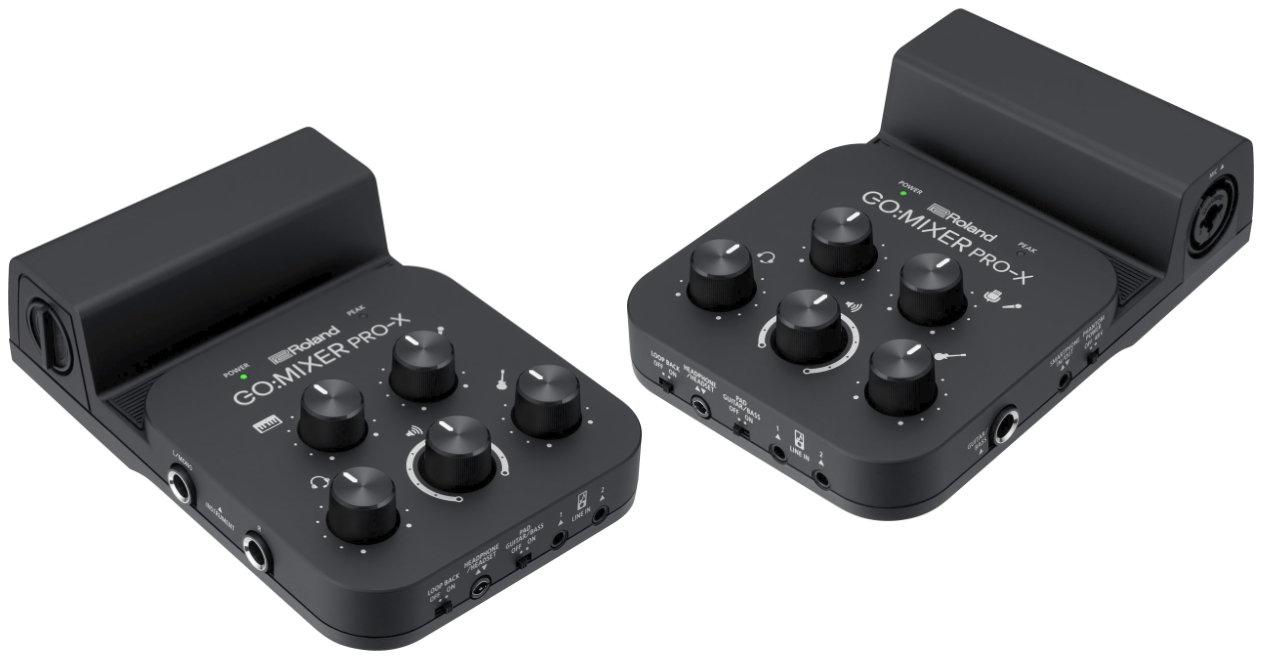 However, although its design and small dimensions are somewhat interesting in terms of its portability, what attracts the most is the number of connections it offers and with them the possibilities it offers. So let’s make a list with all of them, because there is a lot to tell when having a total 11 audio channels:

Quality sound in your pocket

As you can see, this GO: Mixer PRO-X from Roland is a very particular proposal that is designed for mobile users, although it could be used perfectly by anyone who is interested in improving the sound quality of their productions. Because it is not only for recording audio that you can edit later, the mixing options also allow you to improve the live experience that you can carry out on platforms such as Twitch, YouTube, etc.

A product that is worth knowing if you dedicate yourself to creative topics that involve audio and video or only audio. In addition, the price of it is about 150 eurosTherefore, it is not just taking into account that it is a very complete sound interface, portable and with all the experience of a brand like Roland. A good alternative to the Rodecaster Pro in case you don’t need the particularities that the Rode solution offers.