We are going to start talking about each one individually, we will explain the differences compared to traditional providers and then we will see their differences.

What ProtonMail offers us

ProtonMail is a secure email based in Switzerland, it is one of the best secure emails we can use and it is widely used by people who need maximum privacy.

Among its main characteristics we find:

ProtonMail has both a free and paid option, which helps to improve the account to support the project.

What Tutanota brings us

Another of the secure emails that we can use is Tutanota, which will protect our emails with an integrated encryption. Its headquarters in this case is in Germany. As a curiosity, comment that Tutanota comes from Latin and consists of the expressions tuta and nota. This translated means “secure message.” 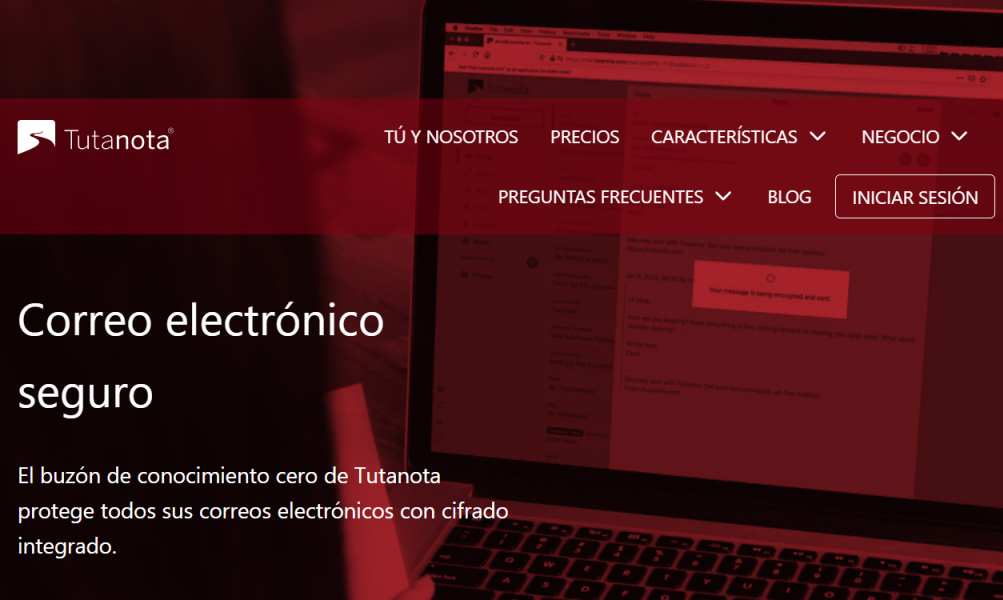 Among the features that Tutanota offers us we have:

Regarding Tutanota, it has a free version so anyone can try it, and a paid version.

Differences between Tutanota and ProtonMail compared to other emails

Secure emails Tutanota and ProtonMail are characterized in that prioritize security and privacy above all.

Thus, both have end-to-end encryption that makes interception almost impossible. In addition, they protect our identity by not keeping records or not requiring personal information when registering. But there is even more, they also provide secure methods to communicate with people who use the usual email providers like Gmail or Outlook.

One factor to take into account is that this greater security will change the way we work. In that sense, we are going to have to use a dedicated mobile or desktop application to view our emails.

It should also be noted that, the secure e-mails compared to the usual providers like Google, offer less storage. For example, ProtonMail offers 500MB and Tutanota 1GB for free accounts. Instead, for example, Google offers us 15GB storage that we can also use with Gmail, Google Drive and Google Photos.

The advanced encryption of ProtonMail and Tutanota

ProtonMail and Tutanota secure emails support basic transport layer security (TLS) used by major email providers. This provides a basic layer of security between your computer or smartphone and the email server, which is responsible for saving and sending email.

In addition to this, the content of your inbox is end-to-end encrypted on the server. In terms of operation, this means that the message we receive can only be read by us. Thus, in the event that a cybercriminal intercepts our data, it would be very difficult to use. The reason they are of little use is because they are encrypted with a key that would take a long time to break. On the other hand, if we compare them with common email services such as Gmail or Outlook.com, they do not offer such advanced security.

This is an example of how ProtonMail’s end-to-end encryption works: 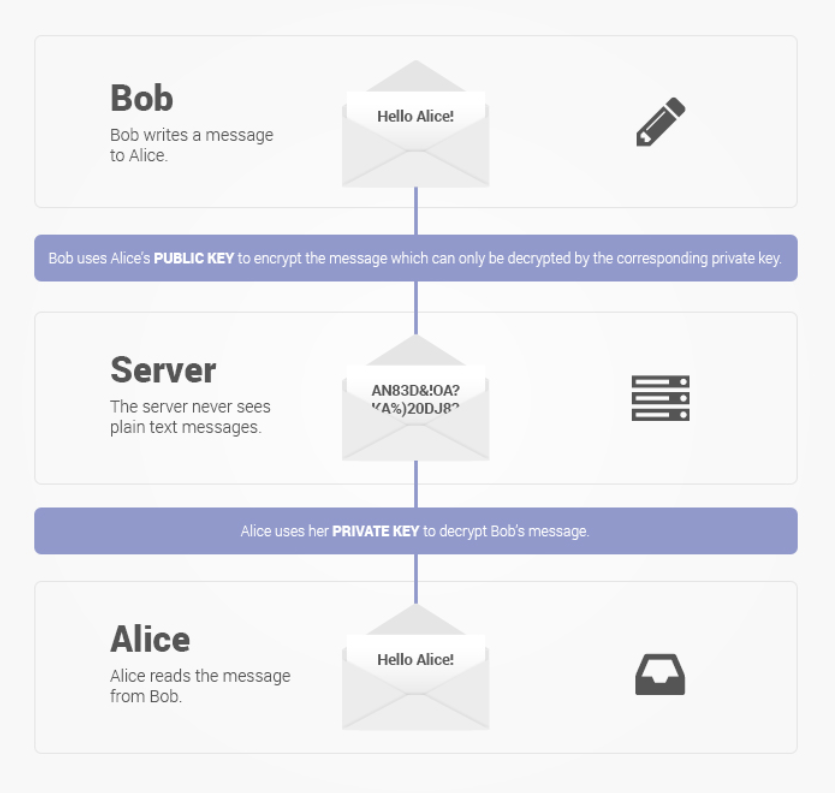 In addition, both ProtonMail and Tutanota allow easy end-to-end encryption between users of the same service. In that sense, you don’t need to configure anything else when communicating with someone who uses the same service.

Another thing to note is that ProtonMail is also PGP compatible. In case you don’t know, Pretty Good Privacy (PGP) is an additional layer of security for sending an email to virtually any email address in an encrypted format. In this way, sent messages are locked with the recipient’s public key and can then be decrypted with a private key known only to the recipient. In that sense, ProtonMail allows to configure itself so that the encryption / decryption is carried out automatically.

Sending messages to other providers and legislation

Both secure emails, when the recipients use another email provider, have the necessary tools to protect the privacy and security of their emails.

The process in both ProtonMail and Tutanota is very similar in both. First we write an e-mail and select to protect it with a password, and then we press send. The recipient is then notified that they have a new message, but cannot read it because the body of the message does not appear. Instead, you receive a link to the ProtonMail or Tutanota servers with a password field. Then the user clicks the link, enters the password and can now see the message. 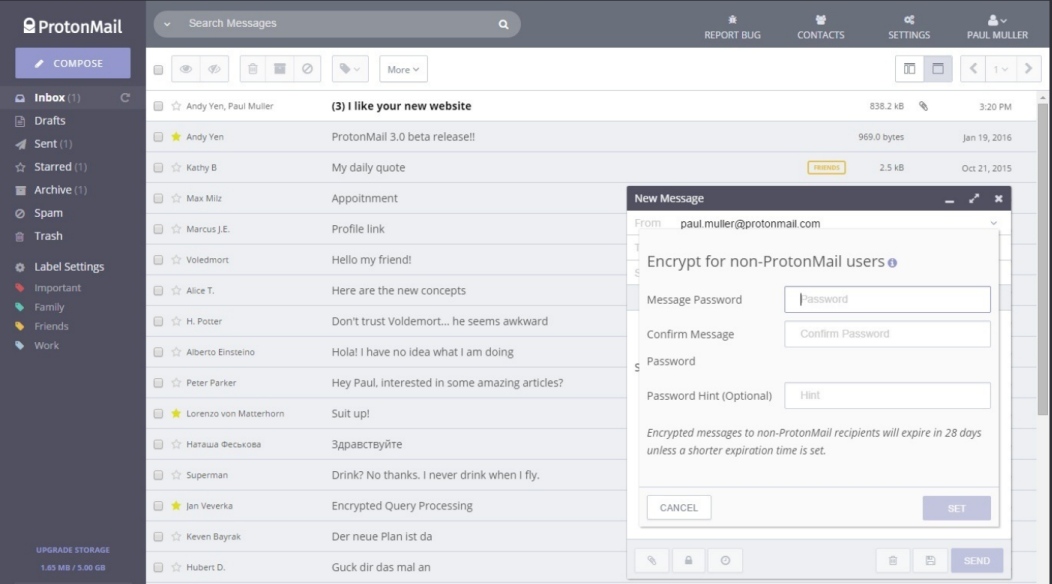 Messages sent this way through ProtonMail expire in 28 days or less if you set less time. On the other hand, those from Tutanota are only available until another email is sent to the same recipient.

The country where our data is stored is important, because it is the legislation that will be applied in case of legal problems. Tutanota will abide by the laws of Germany and is regarded as one of the strictest privacy advocates in the European Union. In this sense, the General Data Protection Regulation governs.

Differences and coincidences between ProtonMail and Tutanota

Now we are going to see some differences between these two secure e-mails, although both are very similar in terms of security and privacy, we have certain differences with respect to the free and paid versions that we have available.

In the case of free accounts from Tutanota, provides 1 GB of storage for a single user, narrow search and a single calendar. One positive thing to keep in mind is that there are no restrictions on the number of messages we can send. Instead, ProtonMail offers us 500 MB for each user, a limit of 150 messages per day and three labels to organize the mail. Thus, it should be noted that free ProtonMail users are more limited in their capabilities than free Tutanota users. Therefore, we can say that the latter offers a more attractive version, especially when it comes to free accounts.

It should also be noted that prices ProtonMail are more expensive than Tutanota. Here, in addition to the price, we would have to study what characteristics we need and which one suits us the best quality / price ratio.

Among the matches, we found that both emails rely heavily on open source code. They also agree that both ProtonMail and Tutanota are not compatible with traditional email clients and require their own software. Thus, paid ProtonMail users have access to the ProtonMail Bridge that extends support for Outlook, Thunderbird, and Apple Mail clients on Windows, Mac, and Linux desktop computers. On the other hand, Tutanota uses dedicated desktop clients for Windows, Mac, and Linux. 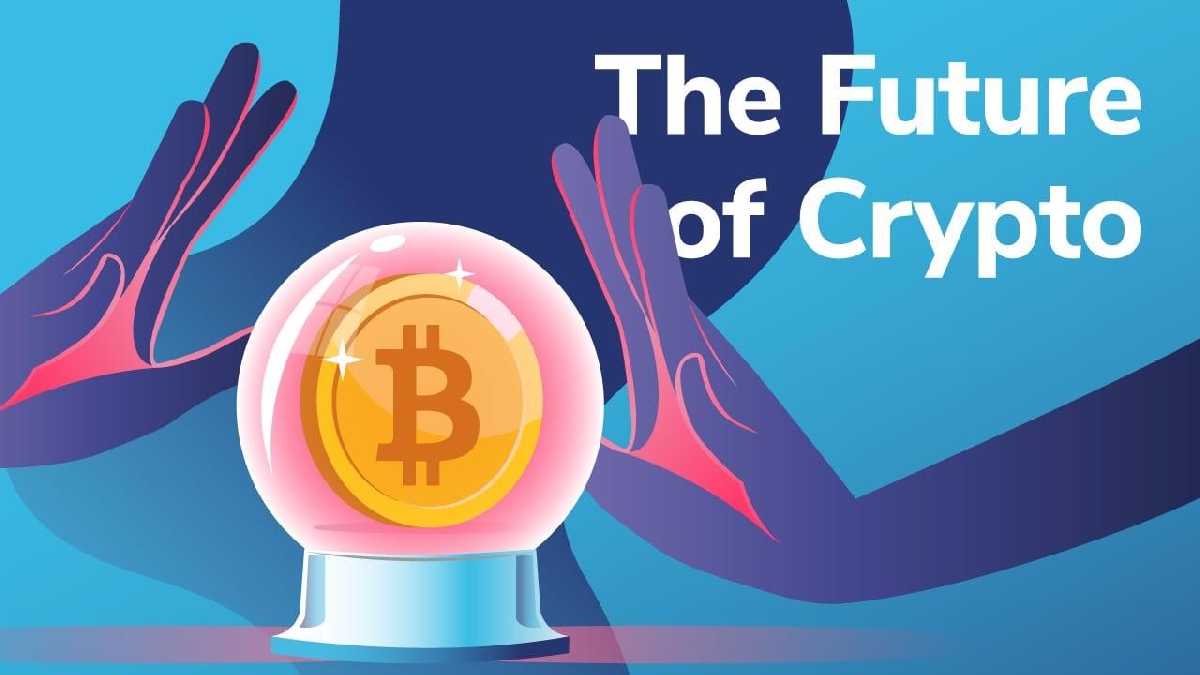 Top 20+ Pros and Cons of Cell Phones in Our Lives