Qualcomm has just unveiled its first WiFi 7 modem chips, whose speed is very impressive. At most, it will be possible to obtain 33 Gb/s, ie three times more than what WiFi 6E allows today. While the competition is also developing their own technology, the first compatible routers should be available by next year.

It has been barely a month since the first 6E WiFi boxes are available in France, and manufacturers are already working on the sequel. Indeed, WiFi 7 is already in preparation, and the first chips should soon be available. In fact, Qualcomm, Mediatek and Broadcomm have already been working on this since last year. Today, first announcements are made.

After presenting its FastConnect 7800 at MWC 2022, Qualcomm is the first to draw a whole range of modem chips dedicated to the new technology. Suffice to say that the difference is clearly felt with WiFi 6E. Thus, the speeds promised by the manufacturer reach peaks with a maximum of 33 Gb / s for its most powerful chip, three more than the current generation.

The others are a little less powerful but just as powerful, since they allow to obtain respective speeds of 21 Gb / s, 16 Gb / s and 10 Gb / s. In addition, Qualcomm promises extremely low latency, which will make the chips particularly interesting for online gamers, but also for VR. 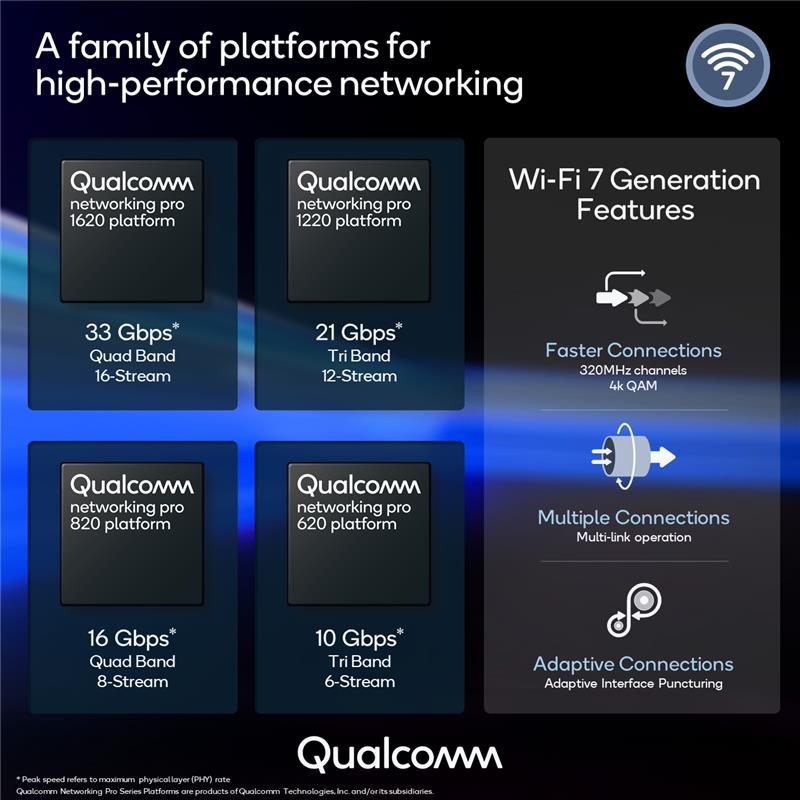 “The products can support a high-speed, low-latency wireless link for home mesh WiFi and enterprise infrastructure with reliable performance, even in the presence of neighboring interference”, says the manufacturer. For the time being, the chips are still in the test phase, but the first compatible routers could land as early as next year.

The race is therefore on for Mediatek and the other competitors. The firm has already announced that it is carrying out tests on its own chips, so we expect an upcoming presentation of its in-house range. Therefore, the market should follow by offering devices compatible with the new technology.

Facebook wants you to call by WhatsApp with its new Portal

iOS 16: iPhone 6S, iPhone 7 and the first iPhone SE are not compatible