RedHat has taken advantage of his Summit 2022 to announce its major news for the enterprise, including Red Hat Enterprise Linux 9 (RHEL 9), new features for edge computing across its product portfolio, new levels of security from the software supply chain to the edge, and Managed Ansible Automation for Microsoft Azurewhich is available now in the United States and is expected to be generally available in the coming weeks.

Six months after the arrival of its first beta, the new definitive version of the RHEL business operating system has finally been announced, Red Hat Enterprise Linux 9which will be available in the coming weeks, is the first production version of RHEL built on CentOS Stream, offering a standardized dynamic platform to span the entire hybrid cloud, from core data centers to public clouds. and edge deployments.

Users using this new version will have high availability and deployment options for the main cloud marketplaces. Customers can migrate their RHEL subscriptions to the cloud of their choice with Red Hat Cloud Accessand they will also be able to deploy the platform on demand from the main cloud provider marketplaces, such as AWS, Google Cloud, Microsoft Azure or IBM Cloud.

For the edge, Red Hat Enterprise Linux includes several enhancements designed specifically for the needs of IT teams working at the edge. These include full edge management delivered as a service, enabling you to monitor and scale remote deployments at scale with greater control and security features, as well as zero-touch provisioning, visibility into system health, and more responsive vulnerability mitigations. , all from a single interface.

Another of THEL 9 improvements for the edge is the automatic recovery of containers with podmanthe container management technology built into RHEL, which can automatically detect if a recently upgraded container fails to start, and roll back to the last working version.

RHEL 9 also adds features that help address hardware-level security vulnerabilities, such as Specter and Meltdown, as well as features to help user-space processes create areas of memory that are inaccessible to potentially malicious code. It also offers various security measures, such as Integrity Measurement Architecture (IMA) in hashes and digital signatures, which allows verifying the integrity of the operating system with both elements, as well as detecting unauthorized infrastructure modifications, which protects systems. and prevents them from being compromised.

This new version of the operating system features an expanded package of RHEL System Roles, which provide an automated workflow for creating specific system configurations. To do this, it adds new system roles for Postfix, high availability clusters, firewall, Microsoft SQL or web console, among others. It also supports live patching of the kernel from the RHEL web console, increasing the level of automation when it comes to tackling critical tasks at scale.

In this way, operations teams can apply updates to large, distributed system deployments, and do so without having to access command-line tools. This way they have more facilities to tackle the tasks that impact production from the main data center to the different clouds or to the edge.

As we have mentioned, it will be available over the next few weeks through the Red Hat Customer Portal, as well as through the marketplaces of the main cloud providers. It will also be accessible through Red Hat’s developer programs (free).

At the Red Hat Summit 2022 the company has also announced, through the initiative Red Hat Edgenew features and enhancements to its portfolio of open hybrid cloud solutionswhose purpose is accelerating enterprise adoption of edge computing architectures. These new features will focus on helping customers and partners adapt to edge computing by limiting its complexity, accelerating deployments, enhancing security features, and increasing their confidence in consistently managing systems from the data center to the edge. edge.

Red Hat OpenShift continues to focus on helping bring applications closer to users and data at the edge. In addition, the availability of the new zero-touch provisioning for Red Hat OpenShift 4.10 helps facilitate automated edge sourcing, and even factory workflows for original equipment manufacturers (OEMs). They can preload a relocatable Red Hat OpenShift cluster on their preferred hardware, which customers can receive as a fully operational, pre-installed OpenShift cluster.

Another new feature of Red Hat OpenShift services is the management of edge topologies of OpenShift by Red Hat Advanced Cluster Management, which includes single-node OpenShift clusters, remote worker nodes, and compact 3-node clusters. A central Red Hat Advanced Cluster Management cluster can deploy and manage 2,000 single-node OpenShift clusters, and customers can deploy and manage these at the edge through zero-touch provisioning.

Also, with OpenShift Data Foundation 4.10 There is also support for single-node OpenShift as a technology test, and the addition of thin-provisioned block storage to simplify access and improve consistency of data and storage services at scale. 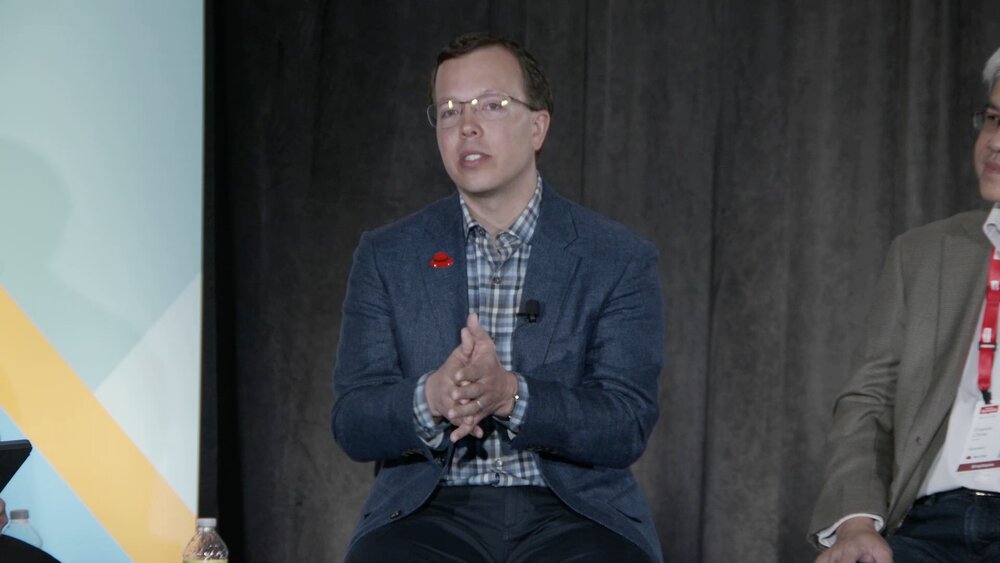 Should they need to develop edge architectures quickly, IT teams will also now have new Red Hat Edge validated patterns, with the code they need to develop edge stacks faster. These new patterns include a medical diagnostic pattern, which uses GitOps to help healthcare providers obtain, analyze, and make decisions from medical data and images. Also GitOps Multicloudcustom built for companies that want to run workloads on different clusters and clouds, both public and private.

Up the ante on security

In the security arena, Red Hat has developed several innovations to protect from the software supply chain to the edge. To do this, it has provided new security capabilities to its entire portfolio of open hybrid cloud technologies from Red Hat, designed to help organizations mitigate risks and meet compliance requirements. The new features are intended to minimize complexity while enabling customers to improve their security posture and enable DevSecOps.

In Red Hat Ansible Automation Platform 2.2, Red Hat is including a technical test version of Ansible content signing technology. This increases the security of the software supply chain, allowing automation teams to validate that the automated content running in your company is verified and trusted.

As for the key security features of RHEL 9include improved security related to root privileges by disabling root login via SSH by default, support for the latest cryptographic frameworks, and disabling the digital signature SHA-1 hash function by default , as it is cryptographically broken.

How to create stickers in Signal