Last week’s confirmation by AMD to the fact that in the presentation of its Ryzen 7000 the frequencies seen were not overclocked and yes real speeds has raised a halo of speculation about the limit that these processors can have. Well, now there is new information about the Speed ​​limits that they could have for their cores and at the same time for their high-performance DDR5 memory controller. The Ryzen 7000Will they have more speed than the Intel Core 13?

Well, this strange assumption could occur if we take into account what was leaked with the company’s latest processor. And it is that the more than 230 watts that could have like PTT this platform is going to leave frequencies that look like something out of a movie where a few years ago they could only be achieved with liquid nitrogen.

A higher frequency limit for the Ryzen 7000

No models are specified as such, but it seems that at least one model of these new Ryzen 7000 will have a maximum frequency of 5.85 GHz thanks to the knowledge of a leak in its OPN. Knowing that the 16-core version will reach 5.5 GHz with approximately 170 watts of TDP (in the absence of knowing the official numbers), it is speculated that the version that could reach those impressive 5.85GHz as standard It was an 8-core processor, the main bastion for gaming and competing directly with Intel.

If this were finally the case, we would be talking about AMD for the first time in more than 10 years being ahead of Intel, supposedly and in the absence of seeing Raptor Lake as such, in final frequency in desktop processors. But there is more, since in RAM they could also surprise.

DDR5 speed at stake, who will have the fastest BMI?

As you surely know, the biggest bottleneck in PC today is RAM. More frequency and bandwidth are needed without reducing latencies too much to continue increasing system performance. Well, as we know, Alder Lake debuted DDR5 on PC, giving better performance thanks to it, and the next Raptor Lake wants to take the next step, leaving behind the 4,800 MHz seen for a more acceptable 5,200 MHz as standard. JEDEC.

There has been talk of a speed of 5,600MHz for these Core 13, but it does not seem to be possible from stock, at least for now and it would only be possible with an overclock. The latest information on this subject suggests that AMD could have found the key in its IMC to offer not only those 5,200 MHz as such, but nothing less than a DDR5-5600 frequency natively.

The 5,200 MHz are guaranteed according to the latest APACER leak, but rumors point to the jump thanks to the new technology AMD EXPO (Ryzen Extended Profiles for Overclocking) where apparently they will be able to achieve those 5,600 MHz, beating Intel with it in the race for the bandwidth available for RAM.

Seen this, everything is focused on a more than closed war between the two architectures, where curiously they will be very close to each other in frequencies, something that we have not seen for a long time. It looks like Word, but it is not: this is how they hack you with a simple document 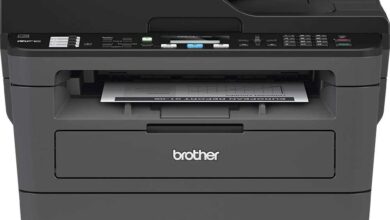 Print faster than ever at home with these discounted laser printers The new AMD graphics surprise: +50% in performance per watt