Apple does not want to be left behind, at least in terms of the ability to play any file format through its different software installed on the devices. That is why macOS 13 will have a Safari that will be able to play images in AVIF format. Safari 16 brings lots of new features like web push notifications, shared tab group, new password features and a few more things. But it has something left to be more complete if possible, the ability to play the new image compression file format that will arrive later this year.

AVIF, AV1 Image File Format, has the ability to handle images by compressing them without losing almost any quality. It compresses better and obtains more quality than other well-known and widely used formats such as JPG. This format, known since 2021, is capable of containing both static and moving images, so we can have GIFs with this format too and without problems. In figures, AVIF allows you to store the same information as a WebP image but in 50% of its space. In other words, images in this format take up half the space of a WebP image. In addition to this, which is the most important but not the only thing, it is capable of:

We can say that it is the best format to compress images and be able to process and share them quickly. That’s why Safari will have the ability to handle these types of images in macOS 13. With the latest version of Safari Technology Preview, available to developers, AVIF images also work on the web. Codec still not working properly in Safari 16 betabut is expected to do so soon. 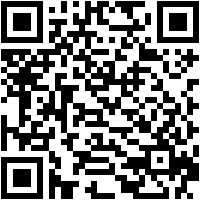 The best options to play videos from your iPhone

How to download macOS Monterey 12.2 beta on your Mac