A few hours ago, and completing a very technological start to the week (on Monday Apple and Google yesterday), today it was Samsung’s turn that, in his Unpacked 2, he also wanted to share some news regarding his catalog. It is important, of course, to clarify that this time no new devices have been presented, but news in relation to some of the existing ones that, however, will surely interest many of its users.

Undoubtedly the most striking, visually, is the Samsung Galaxy Z Flip3 Bespoke Edition. Bespoke something that we had already seen previously in other Samsung product lines, and that by combining exterior elements provides great control over the appearance of the device. In the case of the Flip3, users will be able to choose between five colors: yellow, blue, white, black and pink for the panels on the outside of the phone, as well as black and aluminum borders, thus providing about fifty different combinations, which add to a custom case and wallpaper.

The latest smartwatch of the Korean technology is also added to this customization model. With the Samsung Galaxy Watch 4 Bespoke Edition, users will be able to choose from a wide selection of cases and straps in different colors, which can also be combined with custom watchfaces for this special edition of the smartwatch. Something that personally seems like a success to me, since there are few accessories that give as much play to personalization as watches, whether they are smartwatches or mechanical watches of a lifetime.

In addition, something very well thought out about Bespoke is that users can register on a Samsung website, from which they can manage the change of the appearance of their devices. In this way, if after a while they have tired of a design, with Bespoke Upgrade Care they will have the possibility to change it in a simple way. The only downside? That these editions are not yet available in our country. At the moment they are debuting in Germany, Australia, Canada, South Korea, the United States, France and the United Kingdom.

But Bespoke is not the only novelty related to the Galaxy Watch4, as Samsung has also announced a major software update. In it, several new features are added, such as the function fall detection with an adjusted sensitivity mode. In this way, if the watch detects that we have fallen, even if we were detained, will allow the sending of notifications of the event to up to four previously selected contacts.

Too new control gestures are added, such as arm movements to answer or reject calls, create reminders, access a training list and even offers a new gesture that we can associate with the app we want, to be able to quickly open it with it. Added to this are new watchfaces for our Samsung Galaxy Watch4 to show us how our day to day progresses in the sporting milestones that we have set, as well as health information based on its biometric sensors.

As a closing, Samsung has also presented us his collaboration with Maison Kitsuné, a multi-faceted brand based in Paris, which has designed special editions of both the Galaxy Watch4 and the Galaxy Buds2. If you know the brand, you will already know about its cheerful and carefree style, which you can now enjoy both on the smart watch and on the headphones of the Galaxy family. 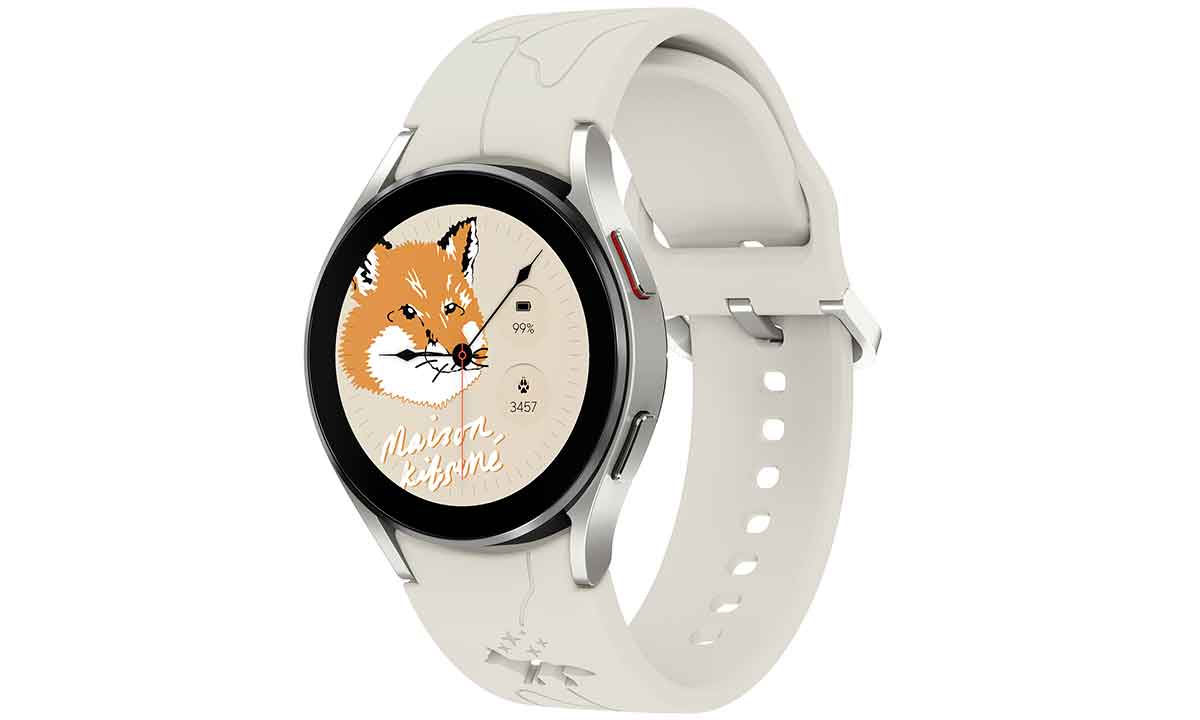 AVM FRITZ!Box 7590 AX, an all-terrain router capable of meeting the needs of any user