Samsung has unveiled its new folding smartphones for 2022, including the Samsung Galaxy Z Flip 4. Here’s everything you need to know about the flip phone that will be the most popular of the year.

Of all the foldable smartphones now available around the world, the Galaxy Z Flip are the most popular. Who would have thought, when we thought that the possibility of extending the screen to make our smartphones a mini tablet was the flagship feature of foldable screens! And yet: the style and compactness of the Galaxy Z Flip have made them successful, in addition to their financial accessibility. The new model is coming very soon: the Galaxy Z Flip 4. Here is all information known to date concerning him.

Samsung unveiled the Galaxy Z Flip 4 at its Unpacked conference August 10, 2022, broadcast live on its social networks. It was unveiled alongside the Galaxy Z Fold 4, but also the Galaxy Watch 5 and 5 Pro and the Galaxy Buds 2 Pro. 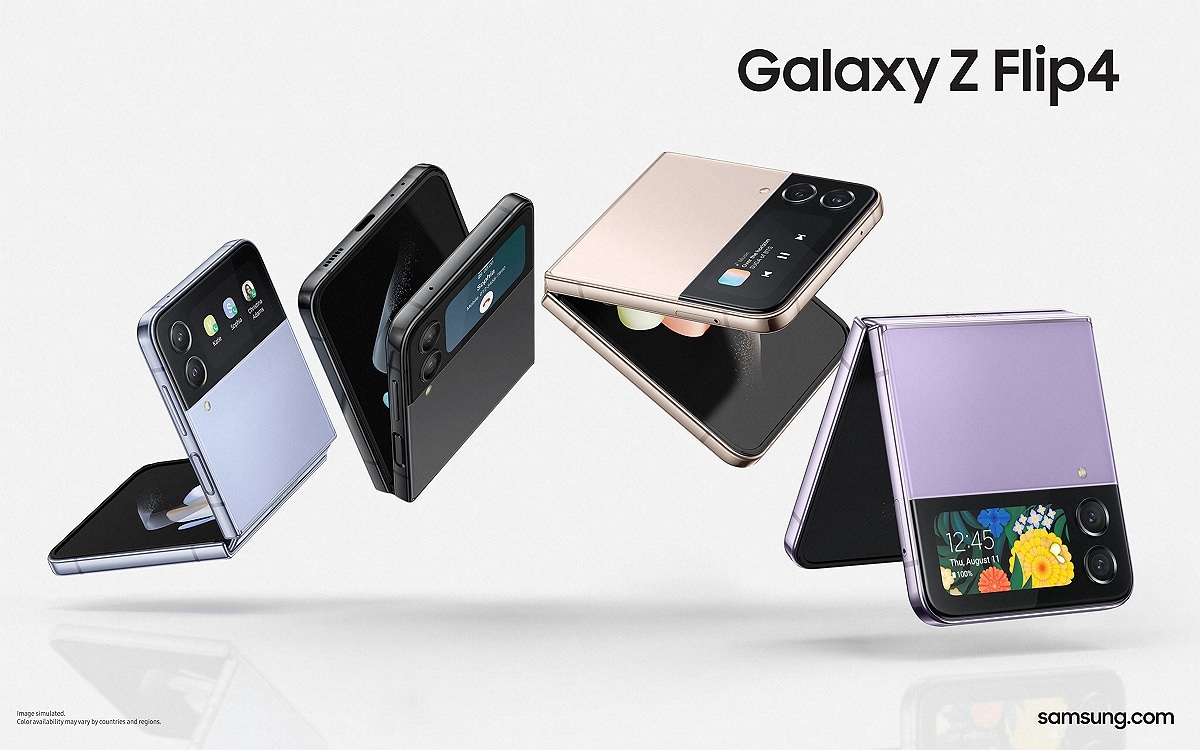 As for its actual release date, Samsung has indicated that its smartphone will be officially available next August 26. Pre-orders are open as soon as the Unpacked event ends, i.e. August 10. It is available in 4 different colors, which we present to you below.

How much will the Galaxy Z Flip 4 cost?

Unfortunately for Samsung fans, the Galaxy Z Flip 4 has not been spared the global component shortage, which has forced Samsung to revise its prices upwards from last year’s Galaxy Z Flip 3, which was displayed at 1059 euros. Here are the prices of the new generation: 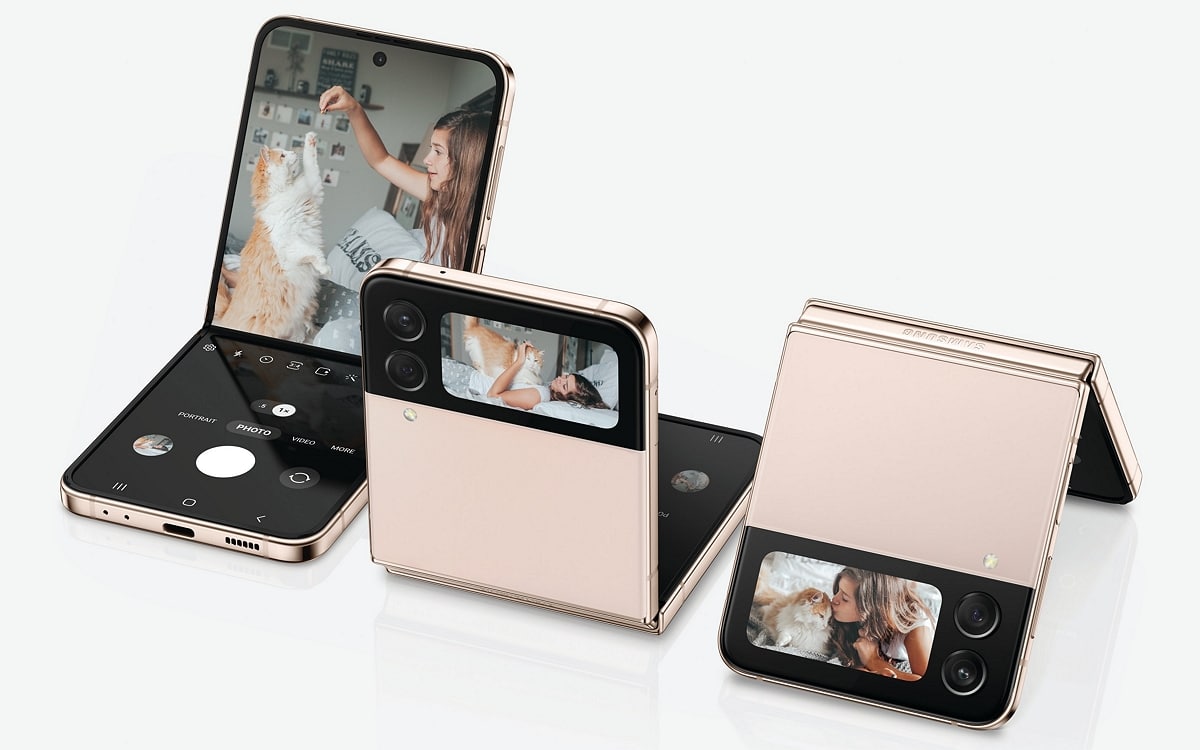 Last but not least, Samsung is no longer alone in this market. Vivo, Oppo, Huawei and many others are now on the attack, making the Korean manufacturer to be more competitive. Lowering its most popular model below 1000 euros could be a big blow to its competitors.

What design will the Galaxy Z Flip 4 have?

The design of the Galaxy Z Flip 4 hasn’t changed drastically from its predecessor… at least, to the naked eye. 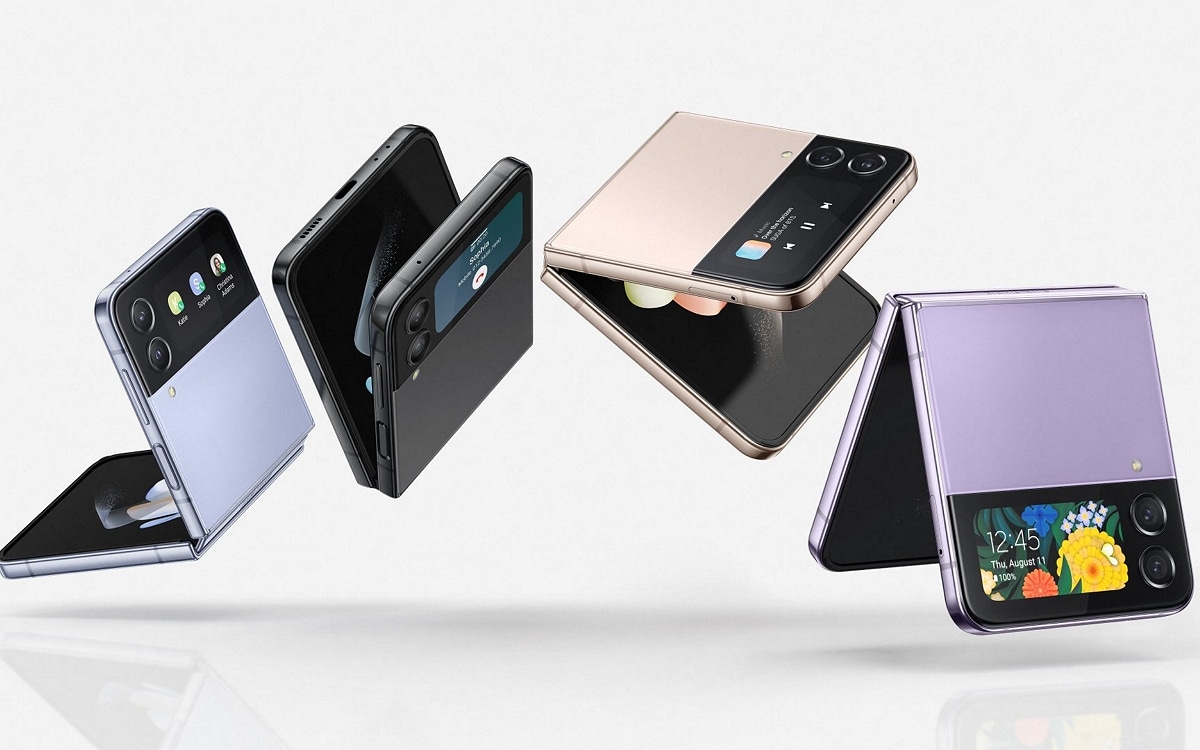 Samsung has reworked the design of its hinge. Thus, it is more resistant while being thinner than that integrated into the Galaxy Z Flip 3. The brand is taking advantage of this to offer a slightly thinner smartphone this year, although the main lines of the range are still retained. The fold is also much more discreet from now on. We also have the 4 colors plannedto know blue, rose gold, lavender and graphite. 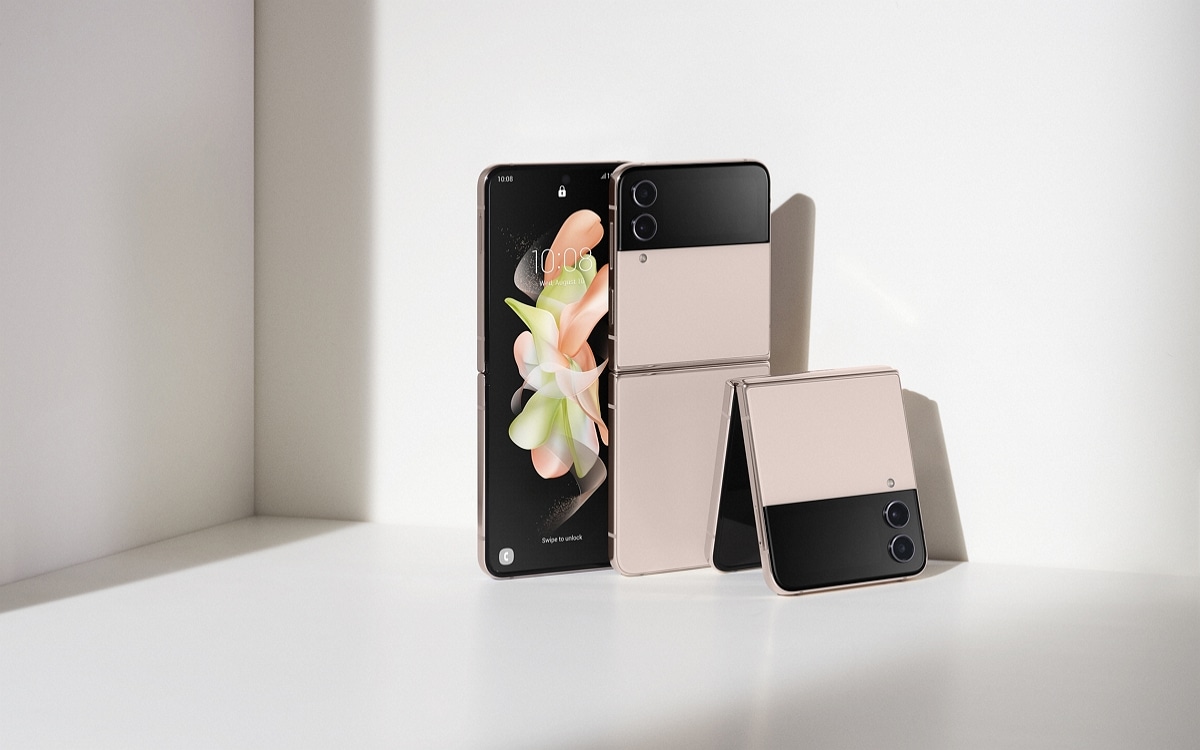 Alas, for those who do not appreciate the spacing between the two parts of the phone when it is folded, it seems that nothing has changed on this point. While Samsung’s competitors have managed to totally flatten their smartphones, Samsung would continue to produce foldable devices that don’t fold flat. It’s a shame, especially since lint and other dust tend to accumulate there very easily.

The big news for the new Galaxy Flips, including the Galaxy Z Flip 4 of course, is the integration of the Qualcomm Snapdragon 8+ Gen 1. This is the latest high-end SoC from the American giant, which offers the best performance on the Android market today.

This chip has two advantages. It is not only more powerful than the simple Snapdragon 8 Gen 1, but also avoids heating problems. An important fact for a foldable smartphone, which is not as protected as a more traditional smartphone can be.

But on the autonomy that the best surprise awaited us. indeed, the Galaxy Z Flip 4 integrates this year a 3700 mAh battery. For comparison, the Z Flip 3 only integrated 3300 mAh, and was not really considered a champion of autonomy. Such a leap forward should hold some excellent surprises.

From the photo, we know that the Samsung Galaxy Z Flip 4 will continue to only integrate two sensors on the back of the phone. It’s still a 12MP primary sensor, but the latter is capable of capturing more light than the previous generation. It is accompanied by a 12 MP ultra wide-angle sensor. 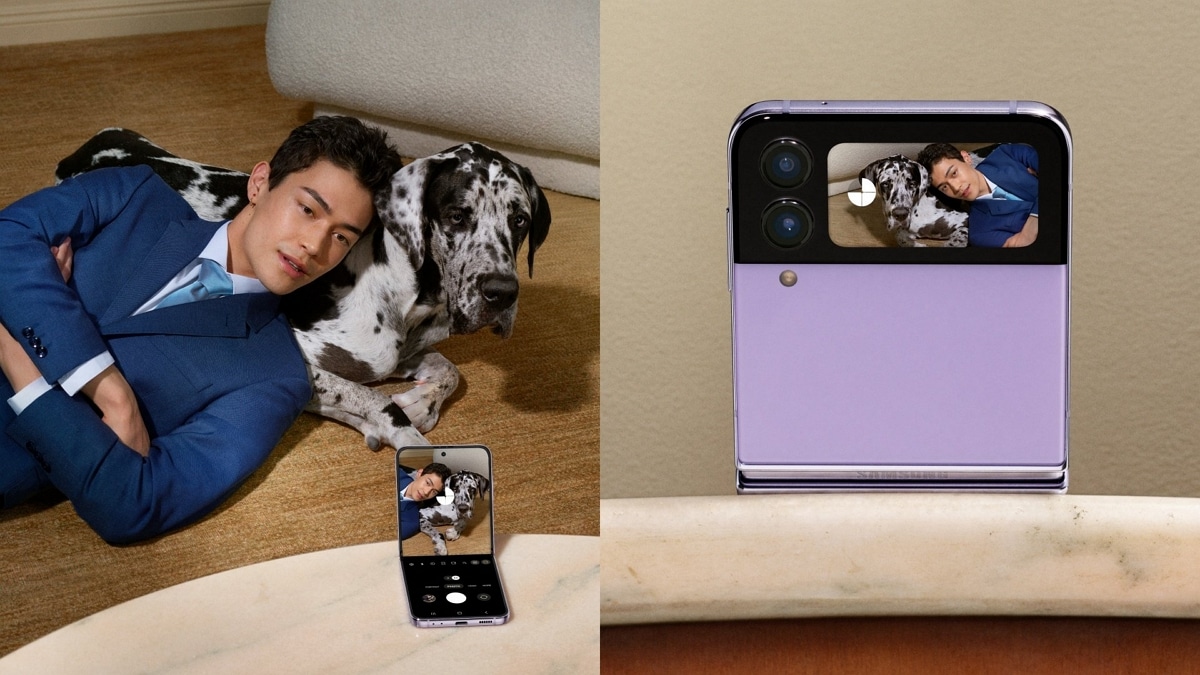 At the front, we still find the same 10 MP selfie sensor. It’s a shame, since some rumors seemed to indicate that Samsung was working on a new generation of photo sensor integrated under the screen, whose performance would have been sufficient to offer very good photo quality while freeing up the screen. Alas, it seems that the manufacturer’s plans have finally changed; it will probably be necessary to wait for a fifth device before seeing this new technology arrive.

And yes: the Galaxy Z Flip 4 might not be called the Galaxy Z Flip 4, but simply the Flip 4, at least, on the box. It has been rumored for a long time that the manufacturer is abandoning its “Z”, but this has been reinforced recently with the events taking place in Ukraine. The Russian government using the letter Z as part of its campaign, the Korean manufacturer would have decided to abandon the letter altogether.

It must be said that since the advent of these smartphones, this letter has never really been used. We speak much more easily of the “Flip 3” and the “Fold 3” than of the “Z Fold and Z Flip”. This change would not be a great loss; Samsung has even already started to remove the Z from its online store in some countries, but France is not (yet) concerned. Only the box of the Galaxy Z Flip 4 should abandon the “Z”, the smartphone is still called Z Flip.

GTA 6 is officially confirmed by Rockstar, it was about time!