The technology QD OLED has come to stay. In the first comparisons that we have seen of the Samsung S95B against the LG OLED C1 we see that the jump in terms of brightness and image quality are more than remarkable. And, although initially the manufacturer did not bet on this technology, it seems that finally Samsung Display will start producing 49-inch and 77-inch panels for its next generation of QD-OLED Smart TVs.

So and as reported from korean media, Samsung to start production of 77-inch and 49-inch QD-OLED panels early next yearwith the aim of diversifying its QD-OLED line through a multi-model glass (MMG) method that is capable of producing screens of various sizes on the same plate.

You may also be interested: QD-OLED technology solves this shadow detail problem of OLED TVs

At the moment, Samsung Display is capable of producing 3,000 QD-OLED sheets per month. To date, the firm has managed to achieve a performance of 75%, which translates into 1.35 million panels. But when they achieve 100% performance they will be able to produce 1.8 million 55-inch and 65-inch QD-OLED panels.

The brand has set itself the goal of increasing output in terms of production to 80% in the second quarter of this year and reaching 90% in the second half of the year. If the forecasts are fulfilled, Samsung Display would have the capacity to manufacture 1.6 million screens of 55 and 65 inches. Excluding QD-OLED for monitor, the production of QD-OLED for TV will be 1.3 to 1.4 million units. 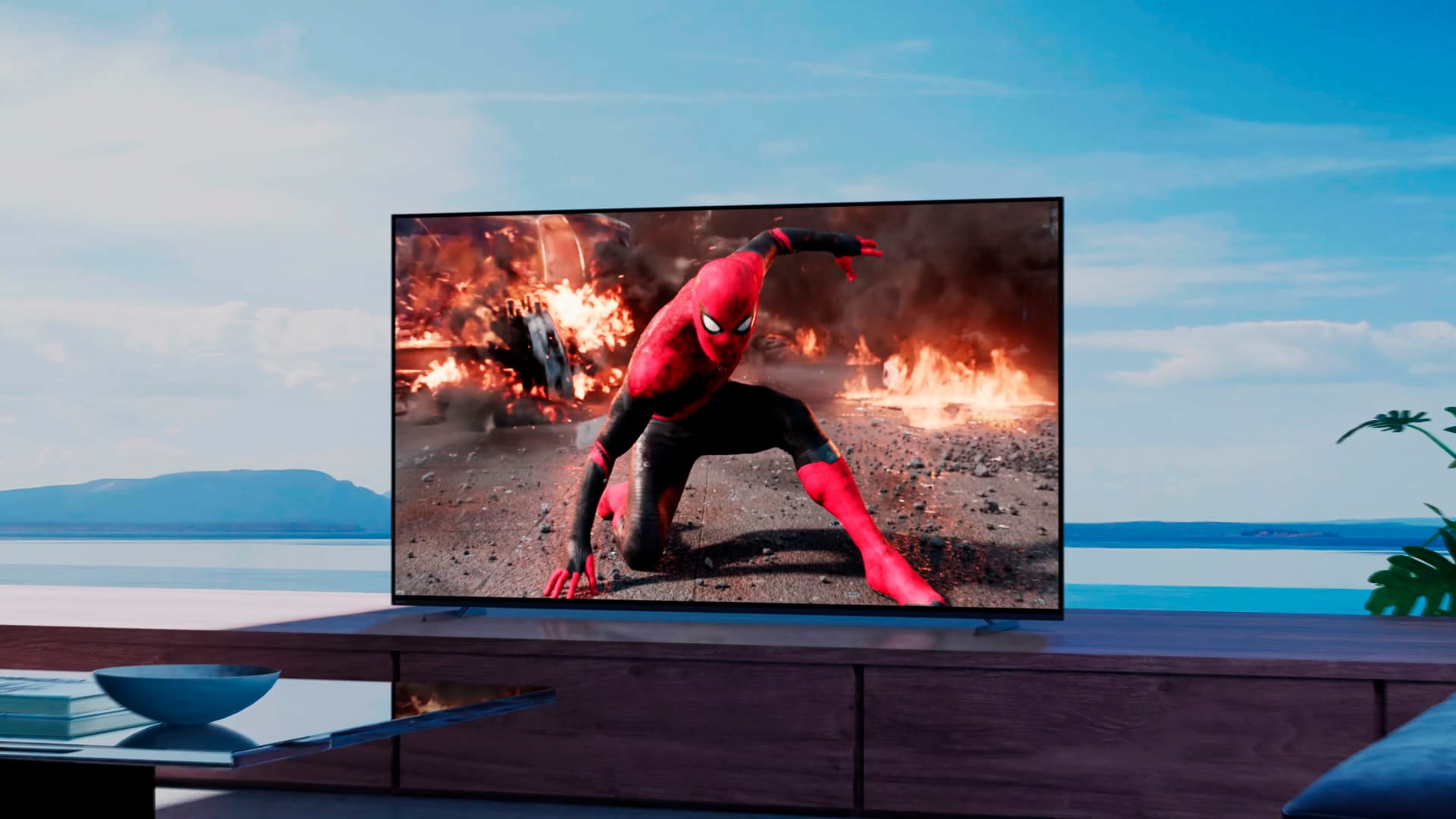 At first, wanting to manufacture 49-inch and 77-inch panels, production should slow down. But he believes that he will be able to maintain it through a multi-model glass system that “push two large panels to the side and create a new product with the rest of the substrate. The multi-pattern glass method consists of simultaneously producing several panels of different sizes from one display plate.»

Note that it is a very delicate process, but Samsung Display masters it since it has been used in the manufacture of other panels, so it will not be a problem for the manufacturer. We also know that Samsung Electronics will sell Smart TVs with LG’s OLED panel and its own QD-OLED panels. In the case of LG panels, it will be for the Samsung OLED linewhich would be presented at the next IFA in Berlin or at an event scheduled for early May.

Of course, no additional investment in this technology is expected. From what it seems, Samsung Electronics is still not fully committed to QD-OLED technology, no matter how good results it is giving, since they consider that the future goes through MiniLED Smart TVs. For this reason, although initially they were going to inject millions into Display to expand QD-OLED production, for now they will maintain the expectations of the beginning of the year.

Surely the manufacturer wants to wait to see how his S95B performs, the company’s first QD-OLED TV, in addition to the Sony A95K, the other Smart TV that has embraced this technology. But, as we have told you in the first impressions, seeing the image quality and brightness they offer, Samsung will surely increase production sooner rather than later.

You may also be interested: Samsung has decided not to launch its QD-OLED televisions in Korea, but in other countries

backward compatibility brought to the table with this patent