During Seagate’s latest call for financial results, the manufacturer confirmed that it is preparing a mass launch of its 20 TB capacity PMR hard drives for the consumer market, and that this situation will occur before the end of the year (« during the second half of 2021 »they have literally said).

At this time, Seagate already has several HAMR hard drive models on the market with 20 TB capacity but only for business environments and available in very limited quantities, not accessible to the consumer market. The fact that Seagate has announced the mass production of these drives means that all users will have access to them, being able to use them in our PCs or other home systems.

These new 20 TB PMR units will feature 2D magnetic recording technology and are already being tested with some customers with a near imminent launch. PMR hard drives make use of a recording technique in which the magnetization of the data bits is aligned vertically, so that the head is perpendicular to the platters.

Thus, the magnetic tracks are written side by side, without overlapping as in SMR drives and therefore without the inherent problems of SMR drives, but this makes the write head considerably larger than the read head (in This system requires that there be a head for reading and another for writing independently), so the bad part is that the probability of failure can be multiplied by two.

The fact that Seagate is launching 20TB PMR hard drives also has other implications, and these are in terms of compatibility. For example, NAS and DAS manufacturers currently do not support drives of this much capacity (current limit is 16TB) and will need to release firmware updates so that we can use these hard drives in their systems.

This, it is all said, should not be a problem since with a simple firmware update we should obtain said compatibility, but you simply have to bear in mind that if you intend to buy one of these units before you must make sure that the device in which it is you are going to install it already has the compatibility and that you have the updated firmware. 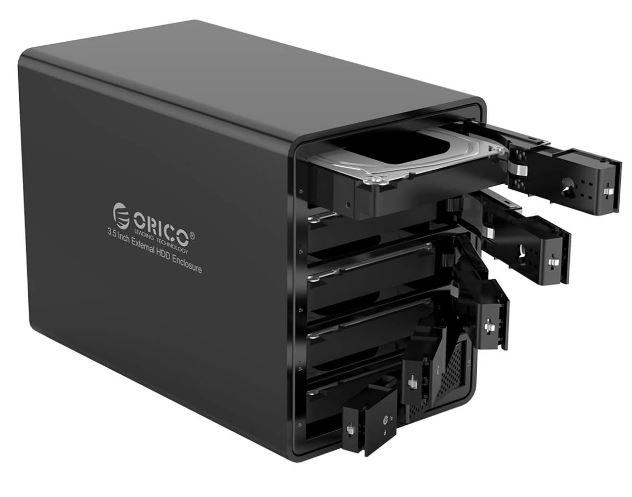 Leaving that aside, being able to finally have 20 TB capacity hard drives in the consumer market is great news, because it means that we can have a higher data density in a single unit and at the same time it means that in multi-unit systems, the total volume of the units will also be greater. For example, on a 5-bay HDD DAS the limit is currently 80TB, but with these 20TB Seagate HDDs the limit will be expanded to 100TB on a single DAS.

How to Get Free Voice Changer on PC Intel shows off one of its new GPUs running Tomb Raider on a NUC!

Have you bought an NFT at OpenSea? Almost certainly you have been cheated

Can I use a screensaver on Kodi?