Security when developing a system is one of the main challenges for organizations. Contrary to popular belief, systems developed in low code they are safer and more agile compared to traditional ones, since they follow strict protocols both by the platform used and by the programmers during development, opening doors to the DevSecOps concept.

This simple approach promotes security risk reduction without disrupting agile development schedules. Security features are being built into the system as new updates are needed and this is done much faster than the traditional method.

The platforms low code have already emerged as the future of the development of fast and secure solutions, and are gaining strength at a time when there are major changes in the software and applications market. In this way, it becomes a viable alternative for companies to overcome their challenges.

The need to improve security is constant and new technologies emerge from time to time, at a speed that is not always accompanied by traditional development. This is not only on the part of the developer itself, but the platform where the system was created that incorporate these new tools reducing risks on both fronts.

The initial solution for secure development on a low-code platform is automatic security verification. It is already deployed during the development of any system and allows future problems such as code injection, cross-site, scripting, unvalidated redirects and data isolation, to be detected and mitigated even before the system goes live.

Role Based Access Control is also a point of attention and should be part of the capabilities of the development platform, which performs the restriction of resources and accesses of the application developed based on user profiles. Another significant feature is Identity Management, which works as a native tool, which makes it possible to authenticate and integrate with external providers without jeopardizing the security of information and users.

Security breaches in web and mobile applications have grown exponentially in recent years and creating protection for these vulnerabilities is an expensive job that requires specific knowledge.

To help developers, platforms low code most modern ones have automatic resources to protect against the main vulnerabilities found, listed in the OWASP Top 10 – a set of free security software that works to combat the 10 biggest weaknesses of connected applications. Among the threats avoided by the system, we can highlight the detection of inappropriate content before it reaches the database and the creation of a kind of filter to block any untrustworthy URL.

The security of an application also involves the protection of its execution environment. O deployment in an environment certified with security best practices such as ISO 27001, ISO 22301, ISO 27017 and ISO 27018, and multiple layers of operational and physical security must be considered to ensure data integrity.

Auditing is another important mode as it monitors access logs and API calls. This is an important way to reduce the risk of intrusion or data leakage if it is applied to the platform you decided to invest in.

These are just some of the security features that companies that opt ​​for the agile development of a low-code platform have at their disposal. Using each one of them from the beginning of the application creation process, it guarantees the developer the completion of the project on time, without losing in innovation and functionality. 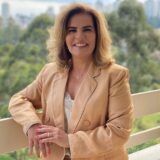 Samsung S95B vs Sony A95K: what are the differences between these two QD-OLED Smart TVs