The new Microsoft operating system, Windows 11, It has been with us for several weeks generating all kinds of opinions, both positive and negative. Little by little and as the days go by, the system reaches more computers around the world, at least those that are compatible.

And it is that one of the biggest controversies that this new software from Redmond has generated has been the minimum necessary requirements. At first these even leave out some of the most recent teams released. However, on the other hand, many of the users who have migrated from Windows 10 to Windows 11 are delighted. Keep in mind that one of Microsoft’s main objectives with this new project has been to renew the user interface. At the same time they want to make available to everyone a safer and more reliable software than previous versions of the system.

But speaking of security, we can also use some third-party solutions, on the other hand, more than recommended. This is the case of the software that we will talk about below and that has just been updated to meet the needs of users who have migrated. It is a well-known program since it has been among us for years called AdwCleaner from the firm Malwarebytes.

Actually, it is a very light and portable program that we can use in Windows. It does not require any installation and you know pointed to detect and remove all kinds of adware, potentially unwanted programs, and pre-installed software without our consent.

And continuing with everything related to security, now we are going to put aside the Microsoft operating system and we are going to focus on Linux. We tell you this because a new malicious code has recently been found that can become a danger to the open source system. Originally known as CronRAT, this malware focuses on infect the servers of online stores all this in order to steal our credit card details.

CronRAT is a sophisticated Linux malware hides itself as a scheduled task (cron) for February 31
– Its purpose is to infect Linux web servers of online stores, to steal credit card data
– Skimmers (Magecart type) https://t.co/QK1MlxnS92

In addition, its operation allows it not to be detected by most of the current antivirus. It is worth mentioning that in order to go unnoticed, it hides in the system’s task scheduler and is scheduled to run on a non-existent day, specifically on February 31.

Edge will allow us to change passwords faster

Changing the third, now we are going to focus on one of Microsoft’s main projects, we refer to its Edge browser. At the same time a new function has just arrived that will improve the update and change of passwords saved in the program itself. This recent functionality will allow us to carry out an almost automatic password change on certain websites.

Specifically, what the functionality does is make the websites use a common format for the aforementioned passwords. This allows browsers to access it and make the change automatically, without us doing anything. Of course, currently most sites on the Internet use different formats when it comes to change passwords. 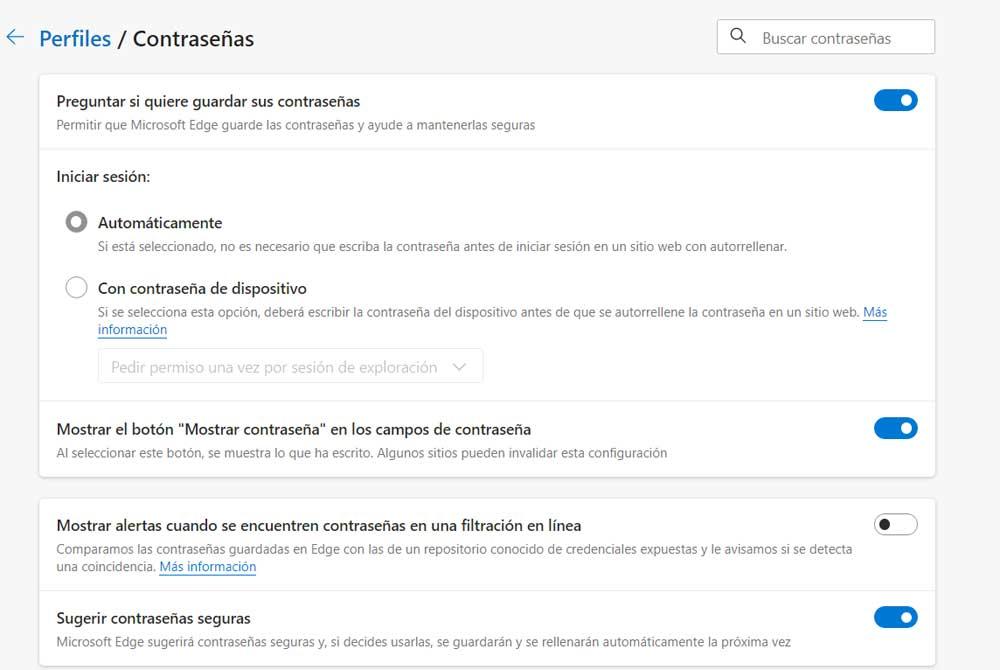 That is why at the moment this is a system that will only work in an automated way with certain websites, let’s call them compatible.