For some it could be synonymous with having thin skin, but the truth is that it is not like that and there are certain types of content on Instagram that, although they are allowed, not all users would have to want to see them. For this reason, Facebook has introduced a new option among all those that serve to further personalize the user experience within its popular platform.

Sensitive Content Control o Control of sensitive content, which is how it will be known in Spanish, is the new Facebook tool for Instagram. Through it, the users of the platform will be able to establish different levels that will limit the content that will be displayed in the Explore tab.

Logically, it must be borne in mind that it is a way of limiting, but it will not filter 100% every image that could be offensive. Mainly because that is a very complex task even for the most advanced AI systems. In addition, knowing how Facebook applies some restrictions, who really says that an image or video is offensive compared to another very similar or even worse where there are no certain elements or patterns that serve to qualify it by said algorithms.

However, these sensitive content limitations seek to offer a more enjoyable experience for those who choose to make use of all three levels, including: Allow, Limit and Limit a little more.

Of course, the name is not that much information to say, nor the descriptions that Instagram itself offers when you enter that option and you find what you can see below:

So, this is the basis of the new tool that Instagram will incorporate so that the experience of its users can be a little more satisfactory. Again warning that there will be times when some offensive content could appear in the Explore tab. What should not be necessary to repeat is that all those contents that were previously prohibited will now also continue to be, even if you check the Allow option, you will not see any type of photograph or video from which they automatically delete as soon as they are detected. 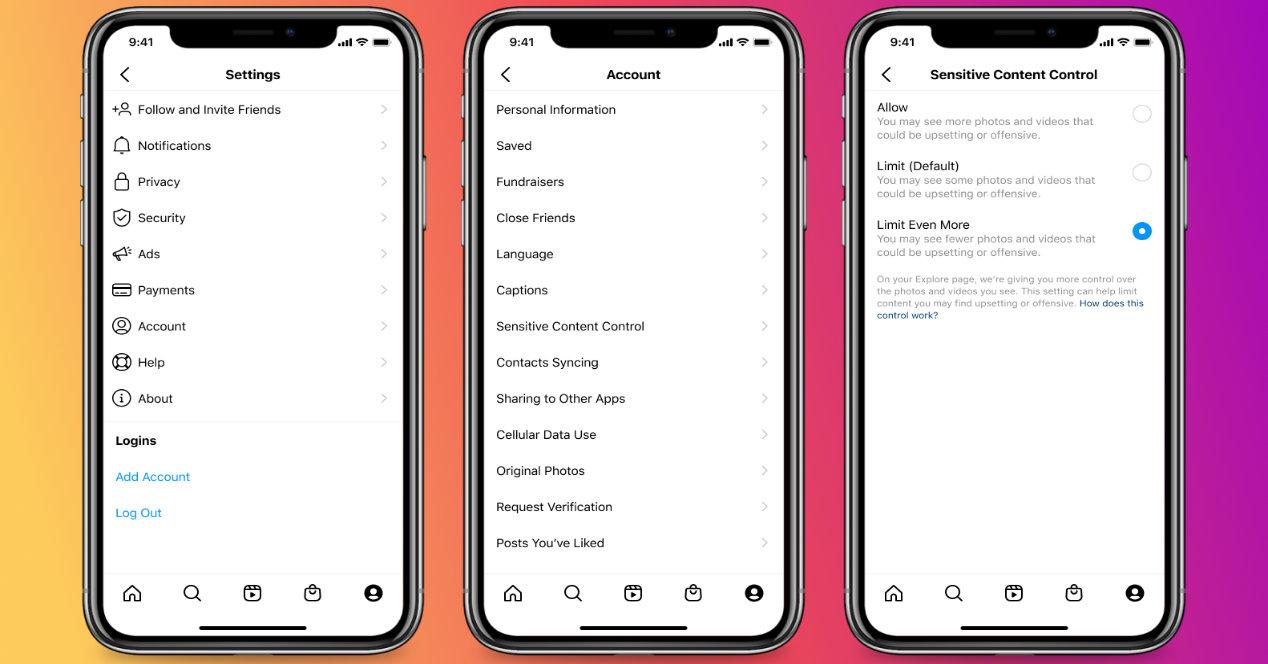 Using the new Sensitive Content Control is or will be very easy to use and configure Well, it basically has no more history than activating or deactivating the button corresponding to the level you want to use.

In the event that the option to allow sensitive content does not appear, it may be due to the user’s own age. That is, if the account is created for a teenager who has not yet reached 18 years of age, it is likely that it is not there.

Now a filter for the Reels 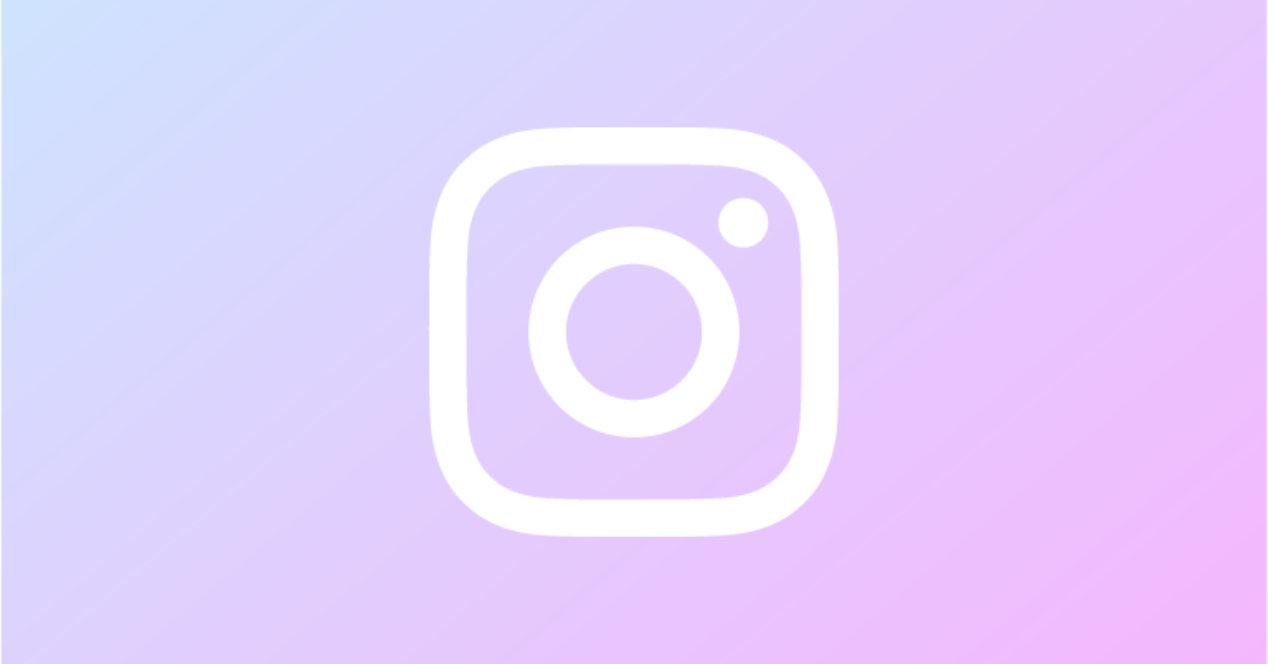 The new feature that Facebook has introduced to Instagram comes at a time when some users have been wondering how they can solve the current problems that exist related to content within the platform. And it is, in part, one more step that is basically focused on what right now we could say is one of the company’s priorities: Instagram for children under 13 years old.

Starting to test these measures in the current one will give them new tools so that they do not get thrown at them when they further enhance the use of social networks by children who are not even thirteen years old. So if they do well and that delicate content is able to filter correctly, they will surely push that idea further.

Even so, if you have minors in your charge and they make use of Instagram, you would take advantage not only of these new tools, but also those that they offer from their parental controls. Because we must not forget that despite what it may seem, children are very vulnerable and if they have a telephone with access to social networks they could receive messages that they would not know how to interpret correctly.

Finally, it would still be interesting if they gave some kind of control and filter option also for the reels. Because in recent months, practically the same type of content has been arriving. And if it is the most abundant it is logical that it appears more, but sometimes it is tiresome not to have options to be able to say no, that you want to see other things. But if he doesn’t show them to you, you won’t be able to “re-educate” his recommendation algorithm to make it happen. Although it will be complicated to happen, because Reels is also one of the priorities, so much so that the photos took a back seat. Something said by the person in charge of the platform. 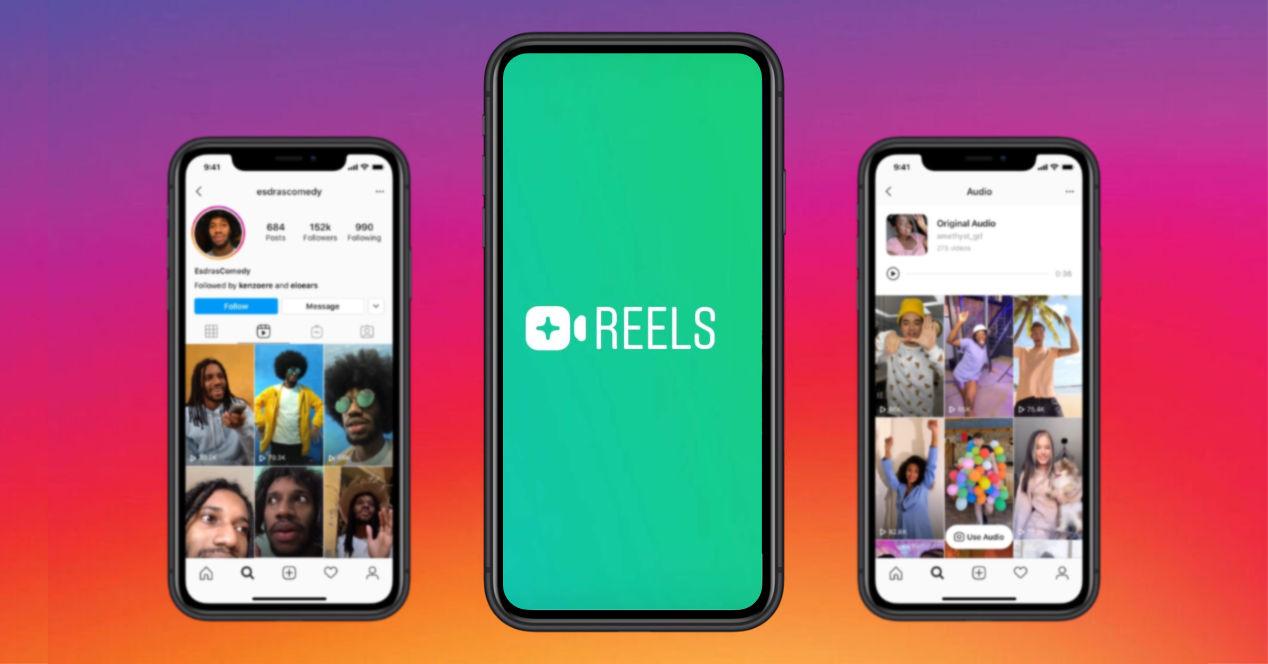